There’s an interesting story about BMW’s /5 motorcycles.  During the 1960s BMW’s automobile production was skyrocketing.  BMW couldn’t handle the demand.  So BMW made a decision.

BMW decided to produce motorcycles in a different plant in Berlin Spandau.  Production started in 1969 with 400 employees handling the chores.  There they produced a new series: the /5 models.  R 50/5, R 60/5 and R 75/5 were the first builds. 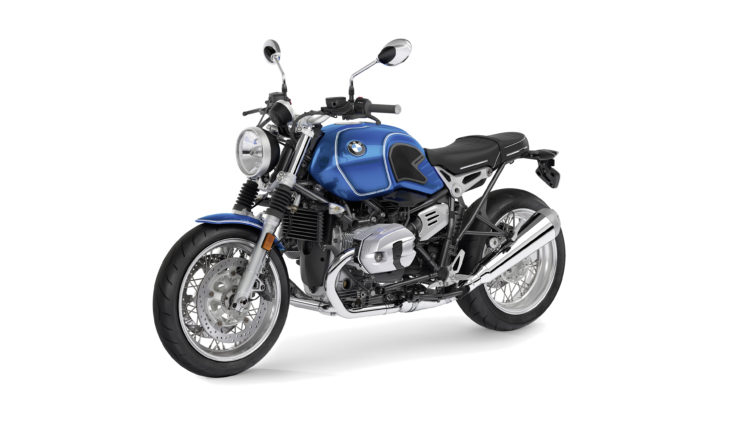 They utilized a completely new chassis, engine. and fresh design.  The new bikes were very successful due to their riding dynamics and comfort. 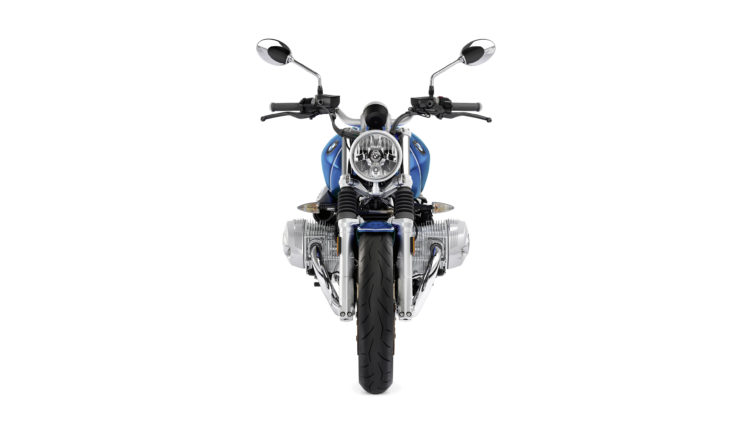 A front view of the 50th-anniversary edition R nineT /5.

Now 50 years later, BMW has revealed a 50th-anniversary commemorative /5 model; the BMW R nineT /5.  The bike has features that set it apart from other bikes in this series. 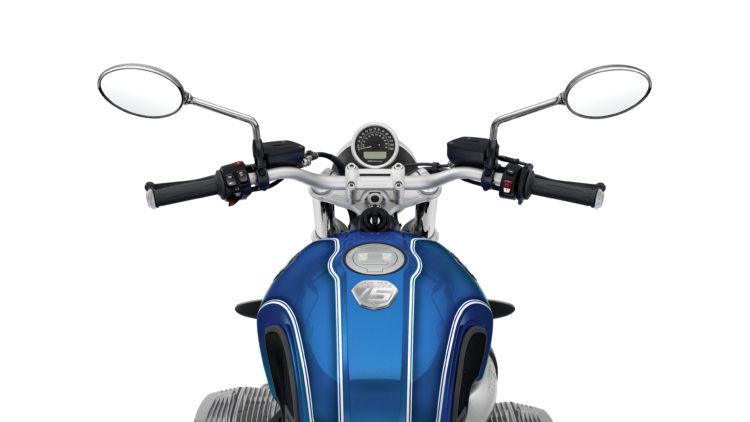 A view from the seat of the 50th-anniversary edition R nineT /5.

The commemorative model features different finishes and features than standard models.  It features a Blue Lupine metallic finish with a smoke effect and double line markings on the fuel tank.  That tank is also equipped with contemporary knee pads and a special anniversary emblem.

The mirrors are chrome as are the exhaust manifold and rear silencer.  A double seat contoured in the style of the /5 series with cross-embossing, grab straps, white stitching, and gaiters on the fork provide the style accents.

The bike’s engine, gearbox, fork slider tubes, wheel hubs, and spokes have been coated with Aluminum Silver paint.  BMW says that these traits hark back to the historic archetype BMW machines of old.

A view from the rear of BMW’s 50th-anniversary edition R nineT /5.

BMW has yet to announce pricing for the new machine.

Royal Enfield plans expedition to the South Pole via Himalayan