Dreaming of a cross-country navigation rally, but the thought of navigating by roadbook feels intimidating? Bosnia Rally might be your salvation. This four-day roadbook rally across some of the most scenic routes in Bosnia is designed to teach roadbook navigation and to put riders through real rally conditions, as well as provide pro rally riders with some challenging training grounds. Stefan Rossner, an Austrian rider obsessed with rallies since 2008, has been organizing Bosnia Rally to attract both beginners and serious racers alike. 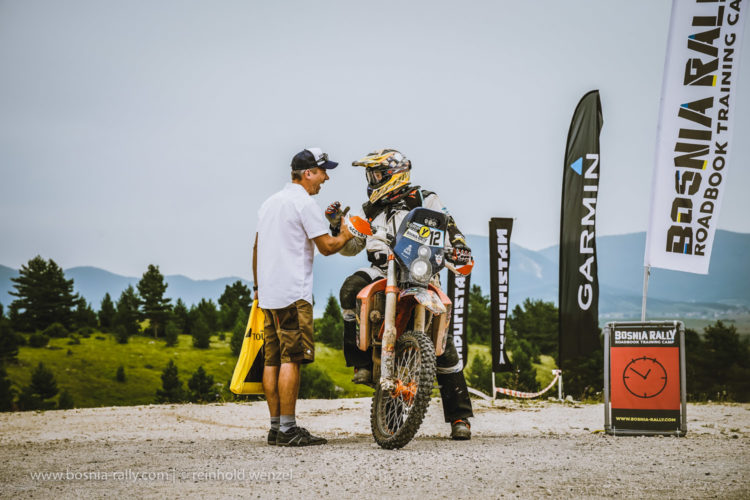 “I went to my first ever rally, the Mongolia Rally, as a moto-journalist with the Austrian racing team. I loved it so much I decided to give rally racing a go myself, and I began doing the smaller rallies like the Balkan Marathon in 2009. Bikes were always my passion, but I never became a professional rider: I just loved the sport, the rally spirit, and the roadbook navigation. “When you do a rally, you’re traveling to a new country, riding places you normally wouldn’t even know existed, meet new people – it’s always a big adventure, and it’s addictive,” – Stefan explains. 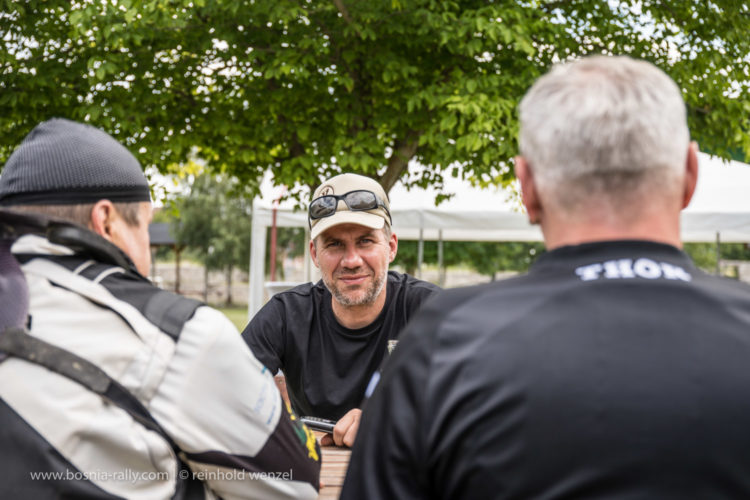 The Birth of the Bosnia Rally

After coming in third at the Raid de Himalaya – one of the toughest rallies in the world where riders battle high altitude, severe weather, and insane Himalayan passes – Stefan partnered up with Yamaha Austria and began thinking of ways to attract more people to rally racing.

“In 2009-2010, there were no roadbook navigation schools, so you had to learn as you went along. I was doing two rallies a year and I noticed it took me three days to really get into the rally navigation and rhythm.  No matter what rally I did, day three usually was when I’d start to really get into it. So I decided, why not try and train people to do it so riders can be prepared?

“We started Bosnia Rally in 2016 with just eight people. I wasn’t doing it for business or anything, I just went to Bosnia, loved the place – it was all big green plateaus and beautiful mountains. I thought this was the perfect place to do the roadbook training camp, and I stuck to the four-day format because that’s pretty much how long it takes people to figure roadbook out”. 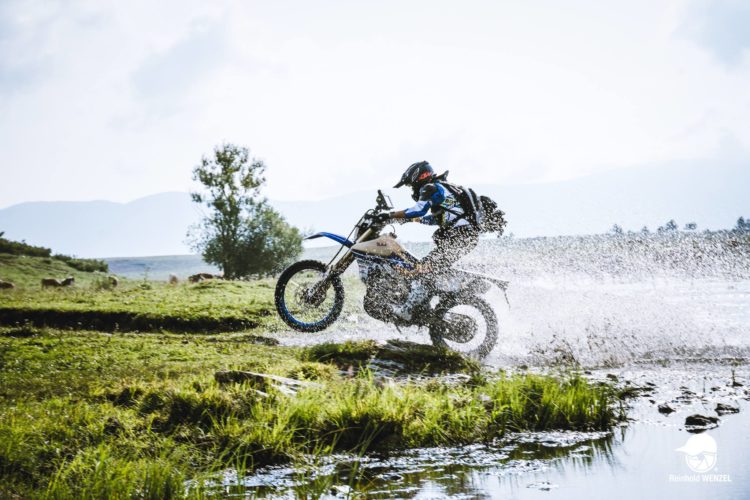 According to Stefan, Bosnia Rally is open to everyone who wants to take their bikes off-road, regardless of whether they’ll go on to race in rallies afterward or not.

“Lots of people have big adventure bikes, and they want to have fun with them, take them off the tarmac. Often, they don’t want the competition or the time pressure, they just want to ride some cool tracks, hang out with other riders, and have a fun riding weekend. At the same time, enduro rallies are getting more and more popular – Dakar, Africa Eco Race, and so on. Matthias Walkner has made rally racing very popular in Austria, as an example. So many riders dream of doing a rally but they feel intimidated, or they’re unsure about the roadbook navigation, so this is a great way to get into it without the pressure of competing.

“Bosnia Rally is as real as it gets, it’s just that we don’t time riders. You can have your GPS as a backup, or only use your GPS, it’s completely up to you. We are very friendly, and we’re open to riders who aren’t very experienced off road. It’s not for complete beginners, for sure, you need some off-road skills, but we do have light tracks and there’s no pressure to complete the whole route, so I would like to encourage more riders to try it out. The idea is to push your edge at least a little, whether you’re an amateur or a pro.

“Some riders are just starting out off-road, or they have these huge ADV bikes, so we have different tracks, I don’t just have one track for everybody because fast riders need different challenges than those who are doing a rally for the first time. I’m also mindful that riders of large ADV bikes might find some sections too difficult, so I direct them over easier sections, usually a 30-50 kilometer shortcut. Not everybody can do 400 km on off-road tracks four days in a row, so we have shorter distances for different classes. You can choose what you want to do. About 70% of the track is basically gravel tracks, and the trickier parts such as steep uphills or rocky trails are clearly marked and you can avoid them. At the end of the day, for me, it’s important that everybody returns to the bivouac safely and that they had fun.” 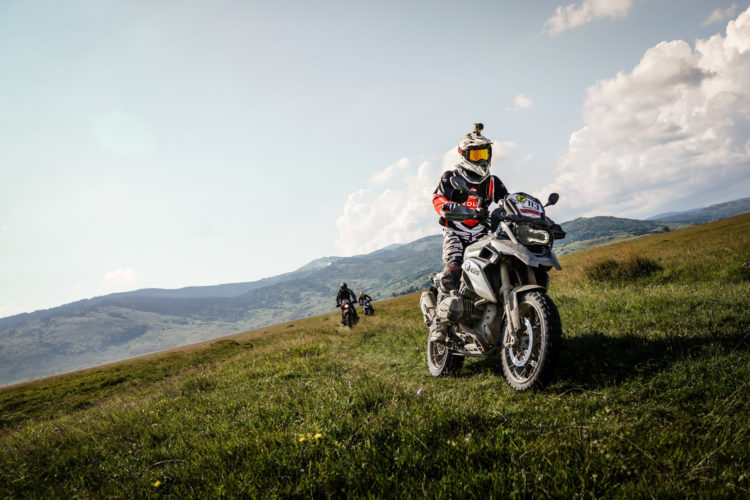 Stefan says his roadbooks are usually very simple to help riders figure it out as they go along.

“Roadbook navigation is safer and faster than the GPS because you get so much more information in advance instead of just following a line. When you’re using a roadbook, you see, for example, that your next change of direction is in five kilometers, so you can just focus on the riding for those five km’s. You can plan ahead. With the GPS, you don’t know what’s coming, all you have is a line you have to follow, so you can never relax, and this amount of intent focus is just not sustainable over long stages. The idea of Bosnia Rally is that you get to train under real rally conditions, get familiar with roadbook navigation, and then test your understanding of it on the trails.

“Last year, we had one rider doing roadbook with us for the first time, and he then went on to win Rally Croatia. Our roadbooks are very simple, I don’t put too much information into them, just the necessary stuff so you can also enjoy the ride and the views. Nobody is timed, we simply monitor their navigation.” 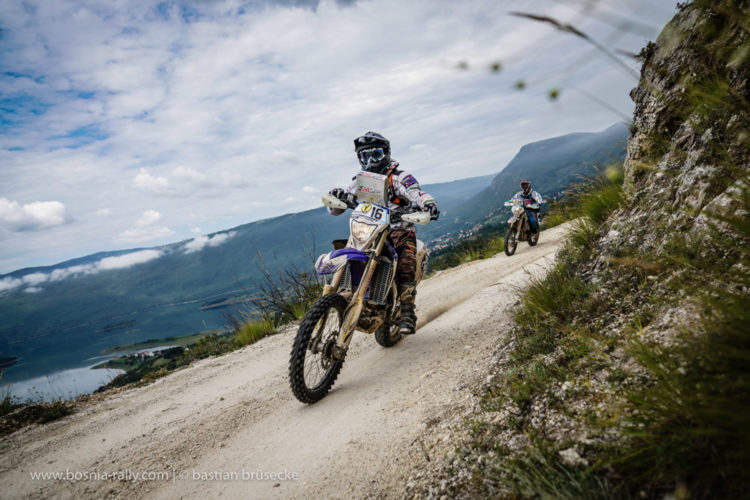 Stefan says he picked Bosnia because of the incredible scenery and the hospitality of the local people. “We’re very mindful about safety here in Bosnia. It’s always something we are very serious about as Bosnia is, in some ways, still recovering from the war. The area I have picked out is completely safe though. We’ve partnered up with local military and police forces as well as the forest service. We stick to tracks throughout the rally and I create new tracks each year. We have professional medical teams on standby all the time. 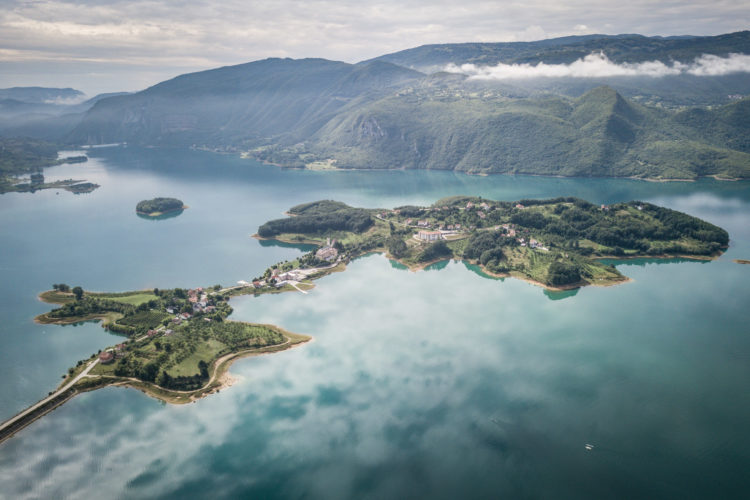 “The special thing about Bosnia is that the war wounds are still visible, but it’s also something that attracts people because it’s so unique. During the rally, we pass ghost villages, old rusty tanks, things like that. The people are incredibly friendly and they love seeing rally riders, we’re an attraction to them. Nature is still so remote and pristine here. It’s a very unique and wild place right in the heart of Europe. I always try to give back, hiring locals, producing rally flags and other stuff locally. 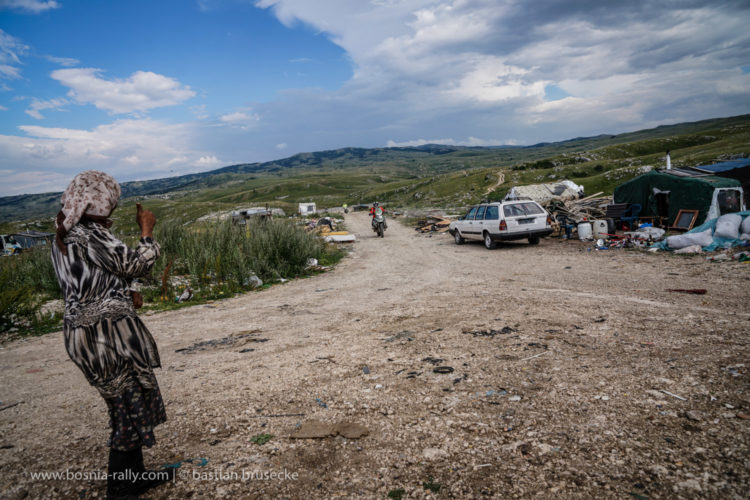 “Bosnia Rally is a family. It just grew organically from that first event with eight people – now we have over a hundred riders from ten different countries. We have more and more women showing up, as well as folks on big enduro bikes, rally riders who want to try out their new bikes or new navigation systems. A lot of TET riders, couples… So really, very different people from all over, and that’s why the atmosphere is always unforgettable”.

Bosnia Rally kicks off in Kupress, Bosnia, July 22-27. KTM 450 and Yamaha 450 and 250 bikes equipped with roadbook navigation kits are available for rent for those who are flying in. If you are coming on your own bike but don’t have the roadbook navigation gear, you can rent it at the rally.