As previously promised, Ducati has rolled out its model lineup prior to EICMA.  The unveilings were performed at the Ducati World Premiere 2020 which was streamed live worldwide.

The Italian manufacturer revealed its entire product lineup and unveiled three new motorcycles and three new E-bikes at the event.

Ducati CEO Claudio Domenicali took the stage and had this to say:

“For the Ducati World Première 2020 we have chosen to remain in the Motor Valley, a territory that unites a series of extraordinary brands – unparalleled in the world – of which we are proud to be a part.  “And today we are unveiling a number of dream bikes, but also three new Ebikes that will complement the Ducati MIG-RR, presented last year. The MIG-RR Limited Edition represents the top of the range and has truly excellent components, such as carbon rims and electronic gearshift, and it can also be customized with the customer’s name and a dedicated suspension setting. The MIG-S has premium equipment but a more affordable price and, finally, there is also a City Bike for the Scrambler® world.

Moving on to motorcycles, there are new colours for the Diavel and Scrambler®, the special Grand Tour version for the Multistrada 1260 S and three absolute novelties. First among these is the Panigale V2, our super-sporty twin powered by the 955 cc Superquadro engine, the middle-weight superbike new both in its aesthetics and its performance. 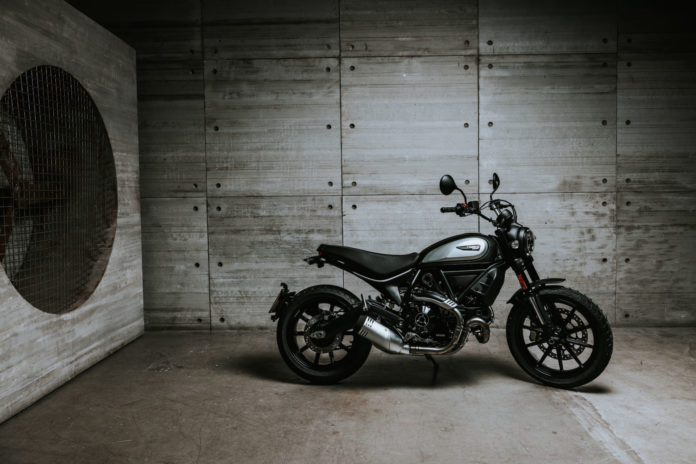 We also present the new version of the Panigale V4, which for the second year in a row was the most sold sports bike in the world. We have collected and analysed the feedback and data from our passionate customers and the specialized press, and for 2020 we have made the Panigale V4 easier, less tiring to ride and more repeatable in performance even on uneven surfaces. It is faster on the stopwatch, and this improvement is greater the smaller the potential of the rider, therefore higher for an amateur than for a professional rider. The Panigale V4 is a bike that, when ridden by Michele Pirro in fully standard configuration, including the homologated exhaust and apart from the slick tyres, is capable of obtaining a chronometric response of just 3 seconds higher than its own record made on the Vallelunga circuit with the Superbike version of the bike. 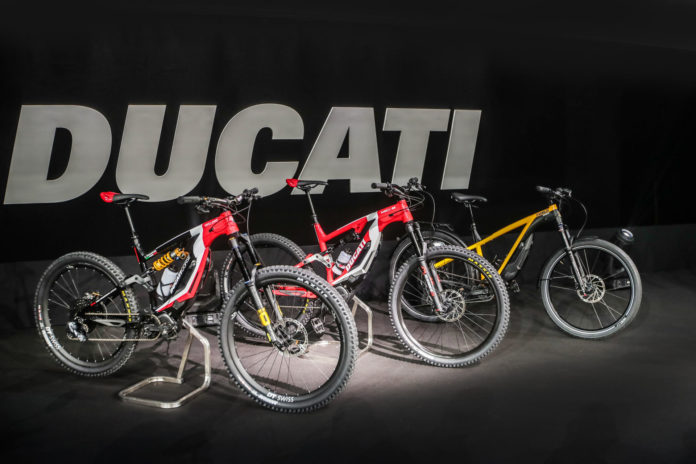 Last to take the stage is the long-awaited Streetfighter V4, an extraordinary bike for which we have applied what, at Borgo Panigale, we like to call “The Fight Formula”: we took the Desmosedici Stradale 1,103 cc engine, added the latest-generation electronic package of the Panigale V4, lightened it to obtain a dry weight of 178 kg, added a tall and wide handlebar, removed the fairings and obtained 208 hp of power @ 12,750 rpm. 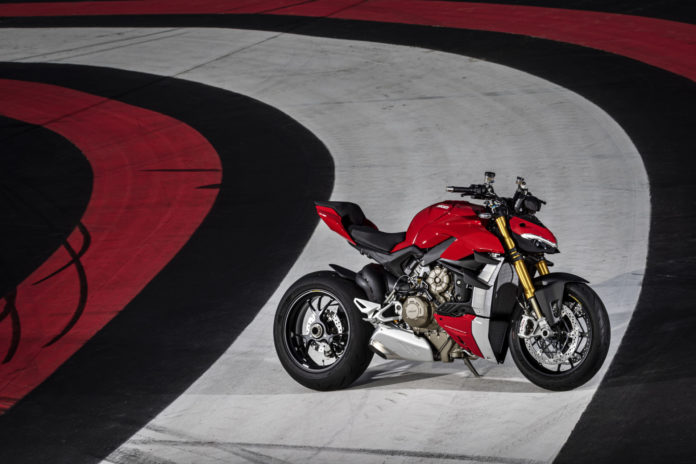 A high-performance motorcycle with great attention to comfort, thanks to relaxed ergonomics, a well-padded seat and suspension set for road use. A safe bike, like all new-generation Ducatis, thanks to a very complete electronic package that has the first objective of increasing riding ease and safety.”

And finally, its Ebike lineup:

All in all, Ducati had a big day today.  It will be interesting to see the bike’s reception at EICMA.