It appears that KTM’s sister company hasn’t been sitting on its hands.  Instead, it has been using them to create this startling new machine that is likely based on the KTM 790 Adventure platform. 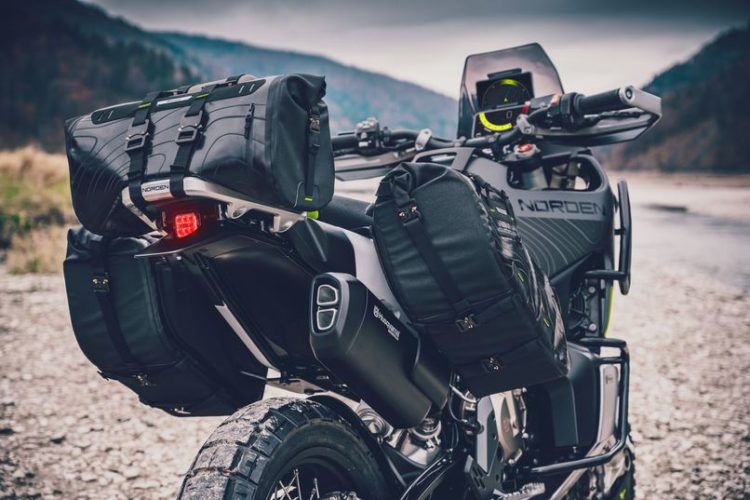 With its “901” designation, you can bet that Husqvarna is using the engine found in KTM’s 890 Duke.  Perhaps they punched it out or stroked it a bit; or not.   If the engine from the 890 Duke, the Norden 901’s engine, will be an 890 cc liquid-cooled parallel-twin.  It’s difficult to tell if Husky changed anything in the powerplant since no power specs were released. 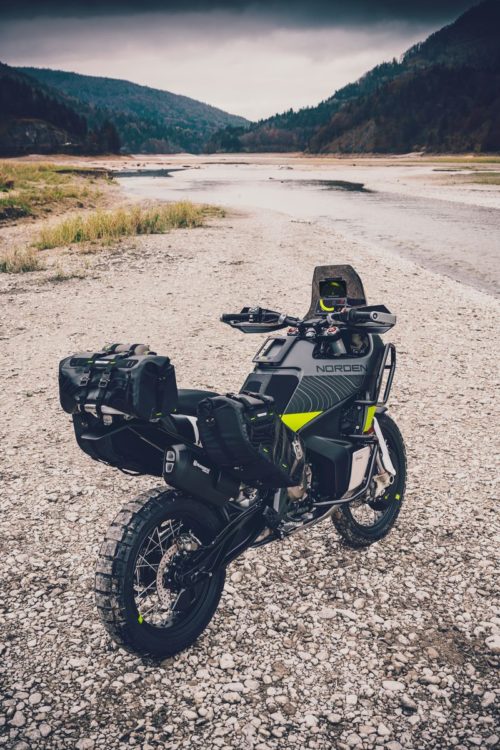 The Norden 901 looks to be fairly far along in the production cycle. Does it just need turn signals?

The concept machine rides on a 21-inch front wheel and an 18-inch rear hoop.  As you might expect, WP is providing the suspension.

Many of the usual ADV items are already on the Norden 901.  Things like crash bars, a skid plate, and soft luggage say that Husky thinks this baby should go both on and off-road. 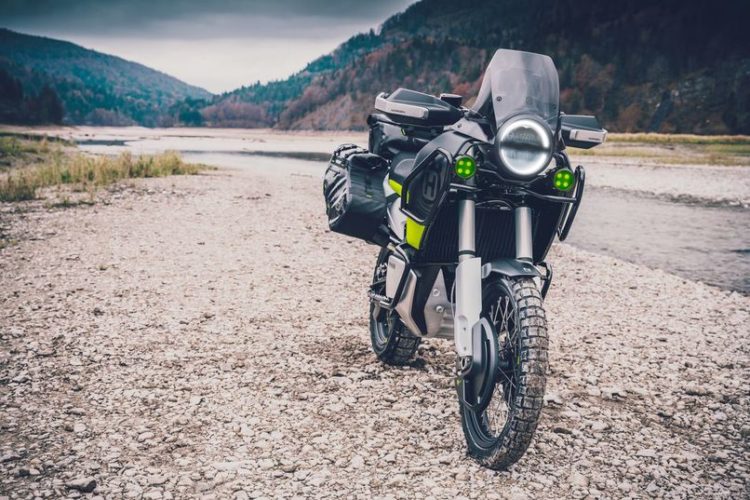 Some interesting LED lights are located inboard the crash bars, safe from falls and drops.

Interestingly, the concept packs some features which may point to it being reasonably long into the development process.  It’s small things like a seat with “grip” fabric,  an integrated taillight, USB port,  and a tank rack point towards some production-oriented thinking.

There’s also some new technology on the machine as well.  The bike’s digital display looks to be a two-piece design.  One of those pieces seems very similar to a smartphone.  That kind of setup with Bluetooth connectivity could make for some exciting applications.  In the Husqvarna provide photo, the upper and lower screens seem to have the capability to integrate into a single display.  Very interesting. 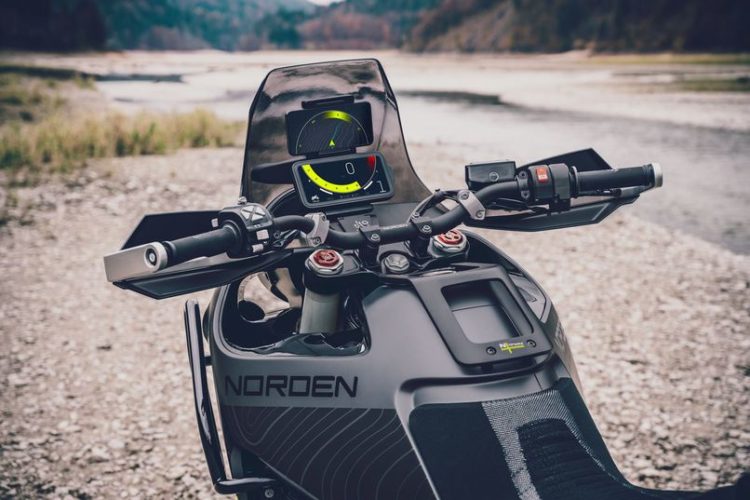 If the bike makes it into production, the Norden 901 will be Husqvarna’s first-ever adventure touring motorcycle.  Husqvarna says the machine is “A dynamic and versatile long-distance concept designed to deliver both outstanding street and off-road performance.”  That sounds good.

Its styling may be polarizing for some.  It’s modern, but without all the hard angles found on KTM’s machines.  It also incorporates hints of the past with its big round headlight, rally bike styling, and a windscreen similar to the one found on KTM 990s.

Could this bracket hold a tank bag or is it for something else?

You’ve got to give them credit; modular platforms provide opportunities for many variants at reduced costs.  KTM’s CEO Stefan Pierer said he would make use of modular platforms, and the Norden 901 is another example.