If you think that the era of the 2 stroke motorcycle is gone, think again.  The UK’s Langen Motorcycles is building a 250cc two-stroke, 80 horsepower cafe racer weighing in at about 246 pounds.  Well, that sounds quite tasty!

The all-new bike is the result of ex-CCM chief design engineer Chris Ratcliffe’s dreams.  Ratcliffe worked at CCM for 10 years leading the company’s design and engineering teams on both the CCM 450 Adventure and the Spitfire series of bikes.  Langen Motorcycles is his new firm and Chris plans on starting the production of his cafe racer next year. 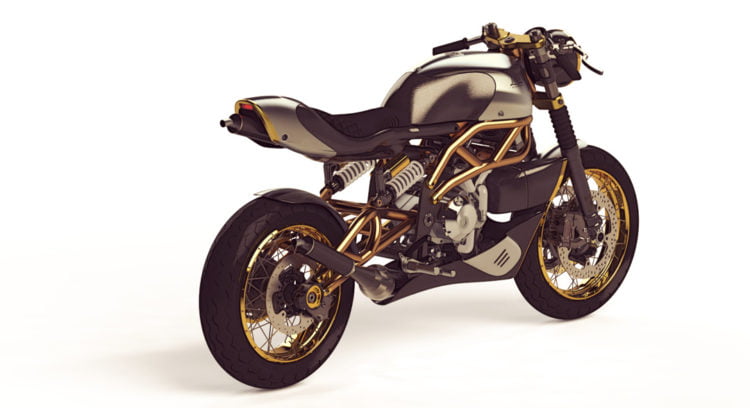 The machine uses an Italian Vins injected V-twin Duecinquanta 250 engine.   Langen says that his version of the two-stroke engine uses a patented electronic injection system.  Ultimately, that setup will provide a claimed maximum of 80 horsepower t 11,700 RPM.  Langen says that the bike’s top speed is 140+ MPH. 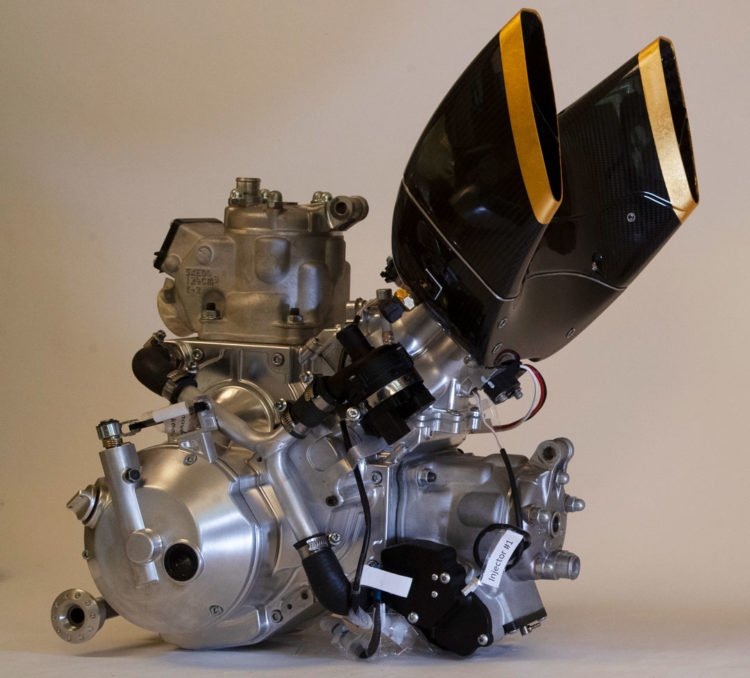 A bespoke aluminum space frame wraps around the engine and connects to an Ohlins 43mm “right way up” fork.  The fork is adjustable for compression and rebound damping as well as spring preload.  At the rear, are bespoke KTech Piggyback Razor twin shocks that are also fully adjustable. 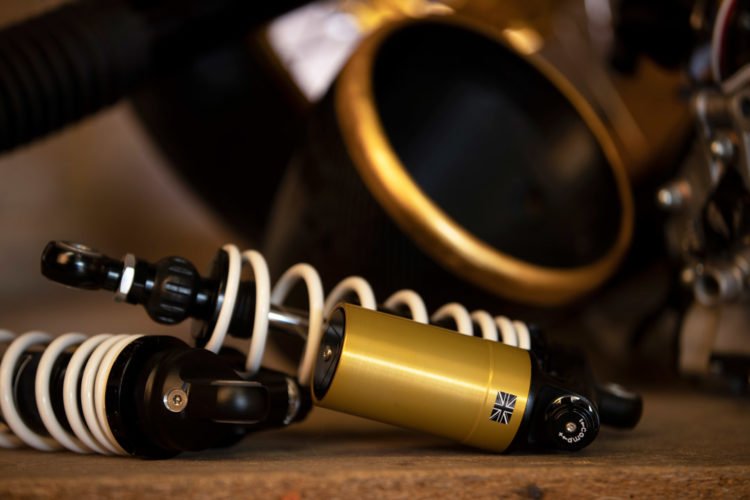 You can expect high end parts on the Langen cafe racer.

If you are wondering whether the bike’s two stoke engine will be street legal in the UK, it is.  According to Vins, the producer of the engine, the engine has passed the UK homologation test at full power without the need to install any type of catalyst. 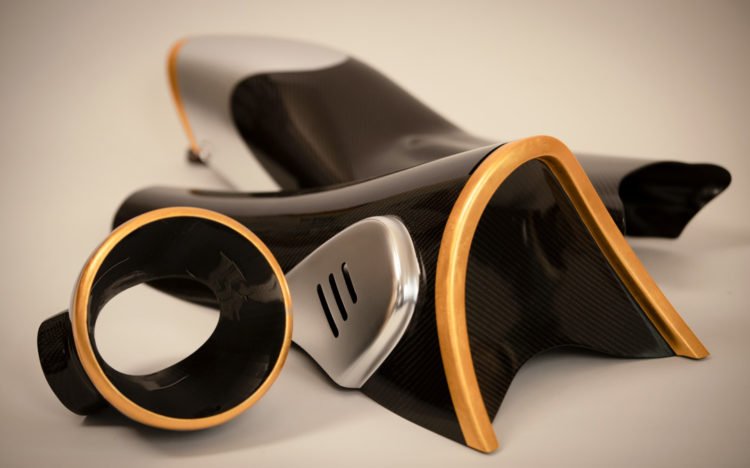 According to the bike’s designer, the electric motorcycle may be the final swansong for the two-stroke.

“For me, with all these electric bikes coming, it’s a final swansong for the two-stroke.  It’s a modern twist on a café racer.  Hopefully it will look gorgeous but mainly it will be a very purposeful ultra lightweight machine that will be like nothing else out there to ride.”

“It’ll have around 80bhp and weigh a maximum of 115kg and be fitted with top-line running gear, suspension, brakes etc. Most importantly, it will sound and smell amazing.” – Chris Ratcliffe to MCN

Just how many cafe racers will be built has not yet been decided.  The production numbers will depend on demand.  Ultimately, Langen is targeting a price of approximately £30,000 ($37,600).  That’s a steep price.  But if you want to latch onto the end of the two-stroke era with an unusual lightweight cafe racer machine, this bike may be for you.