A street musician/entrepreneur had her sign written in three different languages, “I play in the street to pay for music school”. I ponied up my 5€! 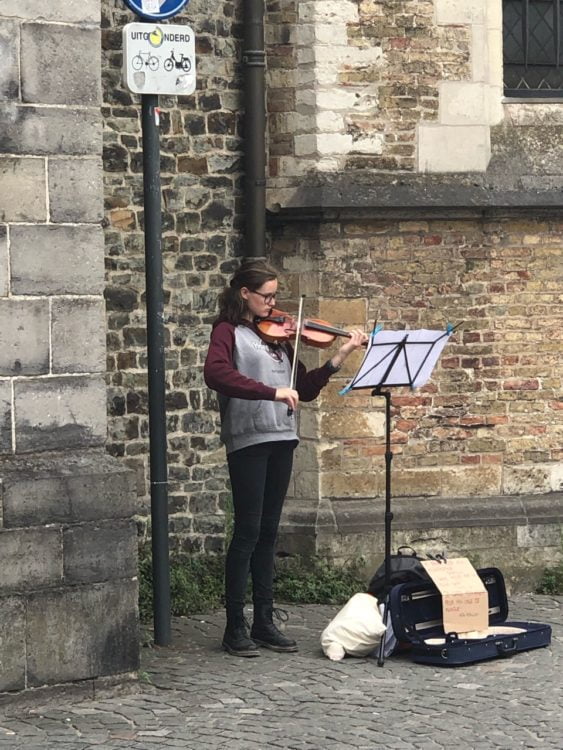 My hostel (‘Europa’) sits just outside the narrow streets of the old city.  I’m sharing a room with a traveler from Detroit Michigan.  Tanner Russ is quite a character. He is taking a gap year before college. He’d left his “job” as a pet diener, transporting peoples’ departed companions to their final resting place, to tour around Europe. These were his final days on the continent so we shared a smoke and told tall tales.

I spent my single tourist day walking the stone streets of this enchanting town which was spared destruction in both world wars.  Although it was overcast and rainy the tree-canopied walkways and numerous shops and churches provided warm refuge. 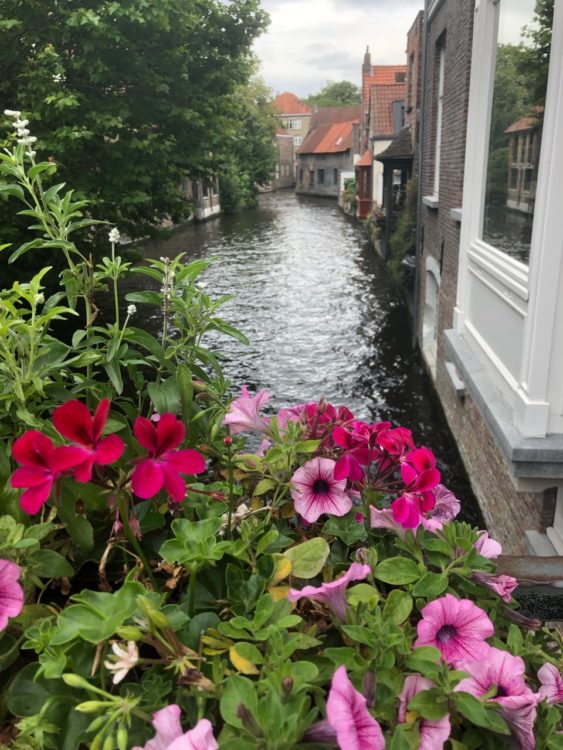 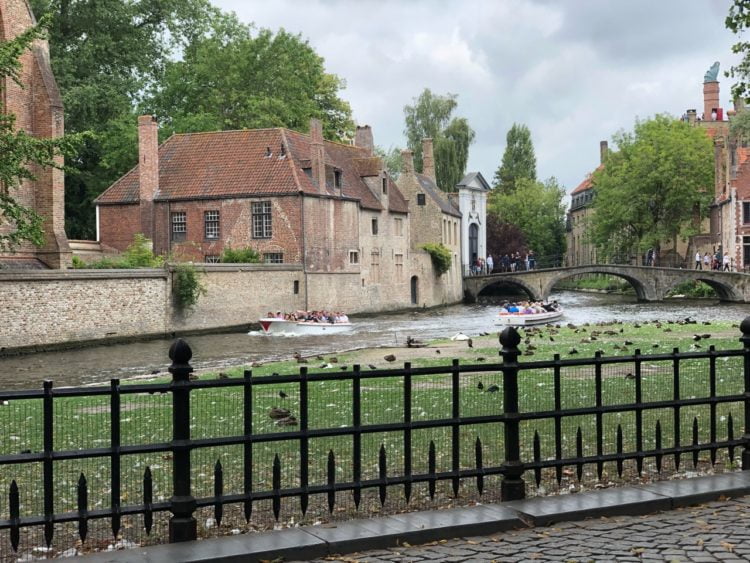 The overcast day only added to the charm of Bruges

As I prepared to leave and head south I did my usual machine walk around and found no brake nor tail light illumination.  A couple tail lens mounting screws later I found corroded connections.  I had 14 gauge wire yet no butt connectors – necessary for the repair.  On my way to town, I’d passed a store called “Neverland” that displayed model gas airplanes and remote control cars.  What a great excuse to go poking around in a toy store for big kids!  Well, the owner and I communicated through gestures and a little English, and while he tried to gin something together, most of his electrical parts bin was biased toward 5VDC rather automotive-grade 12VDC.  He did, in the end, give me meticulous directions to a nearby comprehensive hardware store that did meet my needs.

Best of all just prior to leaving Neverland, the owner, studying the KLR saw Google Maps on my phone and insisted I download Waze and give it a try. It is a cool variation on the basic mapping theme using the community of connected devices to give an incredibly accurate realtime picture of your current and near-future traffic experience.  Geeks are easily thrilled in any language.

Would I REALLY buy the Harley-Davidson Pan America?