I came upon an interesting article on a rare motorcycle going to auction.  While the bike was cool, it was what the owner did to keep his Triumph that was the main storyline.

The story is about an Australian man named Cyril Kelly, who owned a 1939 Triumph Speed Twin 5 T motorcycle with a Dusting sidecar.   He had saved up his money to purchase the machine that was a superbike of its time.

But then World War II broke out, and Cyril’s dream bike was identified for war service.  This meant that the Government would soon come to collect it under a compulsory acquisition program.  Cyril loved that bike so much that he took some very extraordinary measures to ensure that he could keep it.

The current owner of the bike, Philip Horner, told the story.  His father William had purchased the Triumph from the original owner, Cyril Kelly.

“Dad was friends with Cyril, they were market gardeners and had a plot next to each other where Monash University is now.  They grew vegetables which is why they were exempt from serving in the war.” 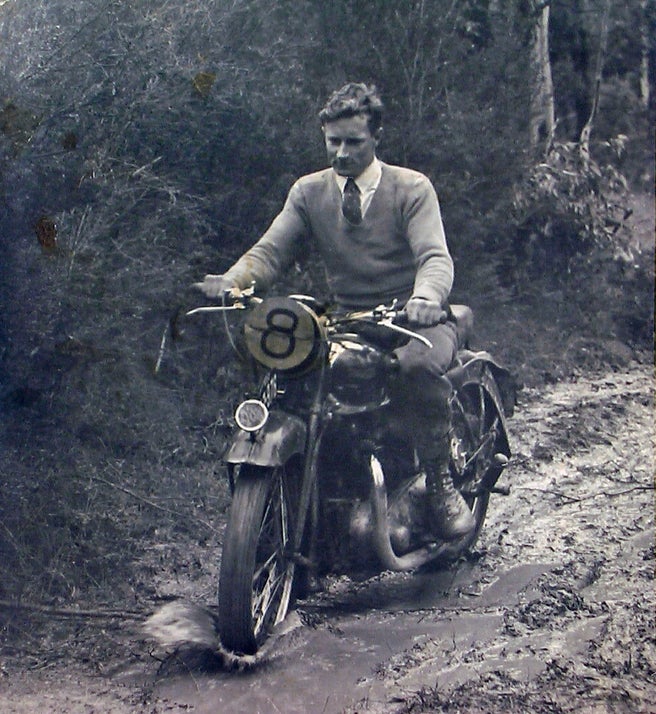 William Horner on the bike that he purchased from Cyril Kelly.

Horner said his father had helped Kelly dismantle the motorbike, wrap up the components, and bury it six-feet down underneath the market garden, to avoid police metal detectors.

He said they even plowed 40 acres of land so that the freshly dug up soil hiding the motorbike wouldn’t stand out.

“Each part, except for the sidecar, was completely sealed up in grease paper and then wrapped up again in a waterproof canvass. Moisture and dirt could not get to the metal or paintwork.”

When the police came to acquire the Triumph, Kelly told them that someone had stolen the bike and left the sidecar behind.  The army didn’t want just a sidecar by itself; they left it.

The prized possession remained under the ground until the end of the war some six years later.  After the war was over, the bike was dug up and reassembled in relatively new condition.

When Cyril decided he needed a car instead of a motorcycle, he sold his prized possession to William Horner.  It was his way of thanking Horner for keeping the secret and not telling anyone about the buried bike. 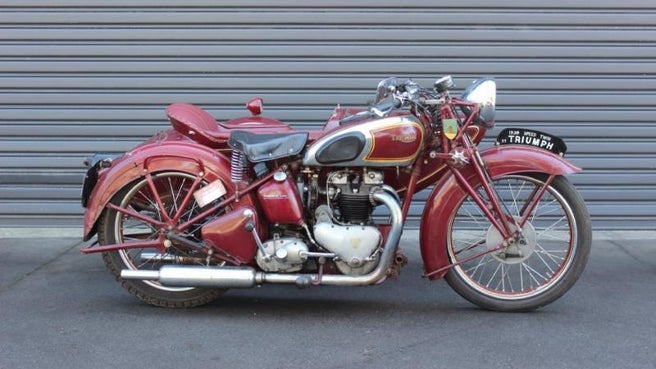 The restored bike with the sidecar will be sold at auction.

William Horner restored the bike to all its glory in the 1980s.  Up until this point, the bike has remained a family heirloom.  His son Philip Horner said:

I think that every time Dad got on that bike he felt like he was 23 again, the same age as when he bought it. He just loved that machine the first time that he saw it and it grew the more he rode it. He had so many adventures in it.”

If you are interested in this storied motorcycle, it is still available for sale before the auction.  You can find it listed on the carandclassic.co.uk website.