Over the past decade, we have witnessed the reawakening of a category of motorcycles that has probably caught most of us by surprise.

By “surprise” I mean all of a sudden seeing flocks of these old motorcycles, which had been rusting in somebody’s garage, being ridden by extremely cool bearded guys in tight expensive clothes, and showing a somewhat excessive area of tattoos. Where are all of these bikers coming from? What happened to the motorcycling world to bring shoals of these underdogs bikes to the surface, possible decimating the market for the pretty new ones?

Well, first of all, this new wave of bikes and riders is clearly part of a “fashion trend”; a movement that focuses on a specific style, outfit, accessory and more and makes it look cool and desirable for all the potential fashion followers of society. This explains why a lot of the people who became involved in the motorcycling world and got passionate about it without knowing much about it.

The café racer movement is not entirely identical to the old British style. It blends different types of motorcycling together, including custom, flat track, classic and dirt bikes along with the original café racer concept.

With this new generation of bikers, the design, the aesthetics, the noise and the attitude of the bike you have is absolutely fundamental. Why would you otherwise put knobby tires on an old Suzuki two-stroke that will only be used to commute to your office? 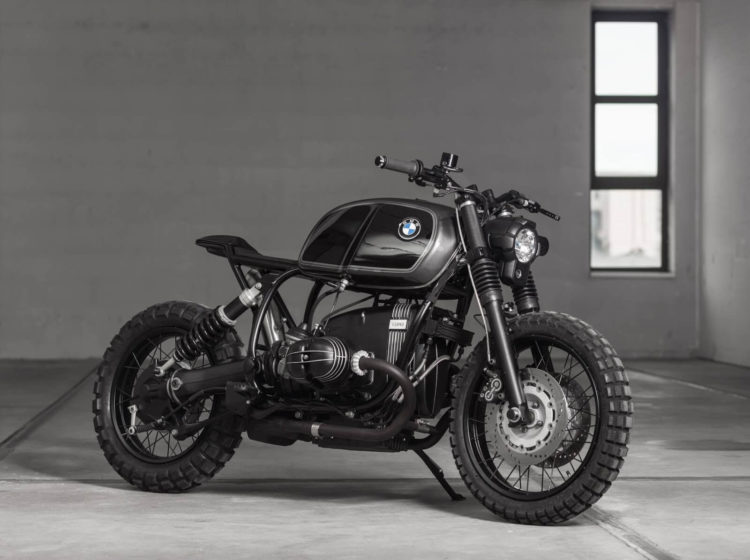 No matter how we define and what we call these new toys, Café Racer motorcycles are basically “old looking” bikes refurbished, repolished (sometimes) and customized to look cool; not precisely for reasons of basic functionality or ergonomics, like for instance reliability, comfort and safety, but just to look great with your new flannel shirt.

Some of these motorcycles even transcend the logic of practicality, lacking some basic accessories that modern bikes nowadays pretty much require as a standard. Some don’t have fenders, blinkers, rearview mirrors, rear shocks, front shocks, brakes or even real seats.

Don’t get me wrong, I’ve been to a few motorcycle shows and the way that people have customized these bikes can simply be phenomenal! Some of the bikes are literally pieces of art. The amount of time, work and money that have been put in to change the aesthetics or the look of a bike, are absolutely incredible.

What this movement is all about is really allowing the standard concept of motorcycling to be modified and plasmated to each individual, transforming the motor vehicle into a canvas on which the owner expresses himself/herself by creating a machine that reflects personal style.

In this way, café racer bikes introduced a new concept into the motorcycle industry. We no longer depend on the manufacturers to create our next dream bike; we are now able to transcend that and explore new horizons in our way of seeing things with the creation of a motorcycle.

And what this movement has emphasized is that ultimately, whether you ride a bunch of scraps put together with a shaky welding torch or the latest $50k Ducati, what really makes a biker…”a biker”, is a passion for a motor and two wheels.