I have wondered whether a rider could have an adventure while traveling on a guided motorcycle tour.  Does riding a route where somebody has planned the route, figured out all the stops, determined the best places to ride and fix issues that can arise constitute an adventure?

Some riders might argue that there’s no adventure if you follow somebody’s planned route and simply enjoy what’s presented in front of you.  Others would argue that adventure is a purely individual thing and as long as it’s new to you and exciting, you are having an adventure.

My mindset puts me squarely in the middle of the above two theories.  There’s no doubt the planning your entire route doing all the homework, planning all the stops, and managing all the issues that pop up during the trip require quite a bit of work and hence could make the ride seem to be more “adventurous”.  Then there’s the other side of the coin that says if you plan everything, and there are no unknowns and the result is little to no adventure. 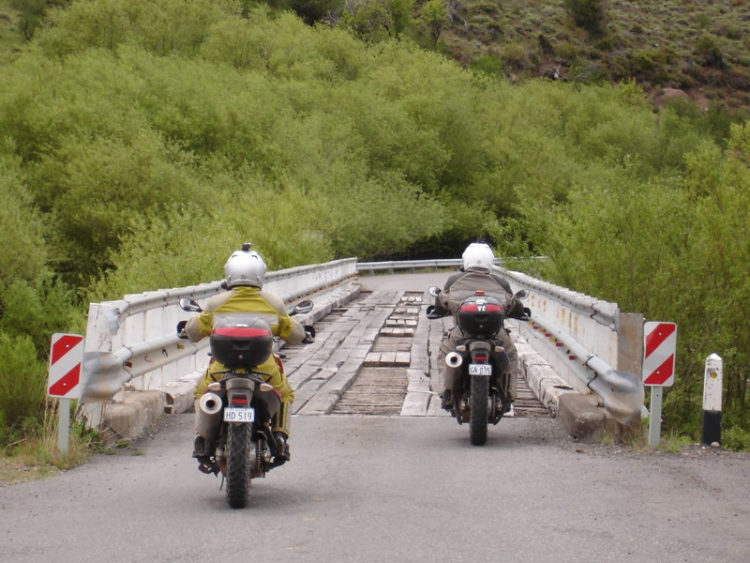 It doesn’t happen on a guided tour?

So what happens during a guided moto tour?  Someone has already done all the planning and there are people that can help you manage any issues that may pop up.  Some might say, “where’s the adventure in that?”

I must admit, that I was one of those persons who held that if you didn’t do all the planning and manage the issues on your own, it wasn’t an adventure.  But with time, my stance has softened quite a bit.  Merely riding solo, with friends or in a group led by a company that we paid to support our ride, adventure is how the ride affects you.

If you ride solo into the heart of Eurasia with nothing more than a dual sport single and soft luggage, great.  But if you want to do a similar trip with a company who helps you get across borders, assists with mechanical fixes and carries your gear in a support vehicle, that’s great too.  It’s what you get out of the ride, who did you encounter, what did you experience and learn along the way?  To me, that’s more indicative of an adventure.  Did you come to new realizations as a result of the trip?  Perhaps you learned a few things about others and more importantly yourself?  Did you learn a thing or two along the way?  Did you encounter weather, road hazards, mechanical problems, difficult people, whatever?  All of those things are part of the adventure ride and they exist on any kind of ride be it solo or with a paid group.  In fact, one might argue that riding with a group is more of an adventure because you have to deal with a group of people in close confines which itself can be quite an adventure! 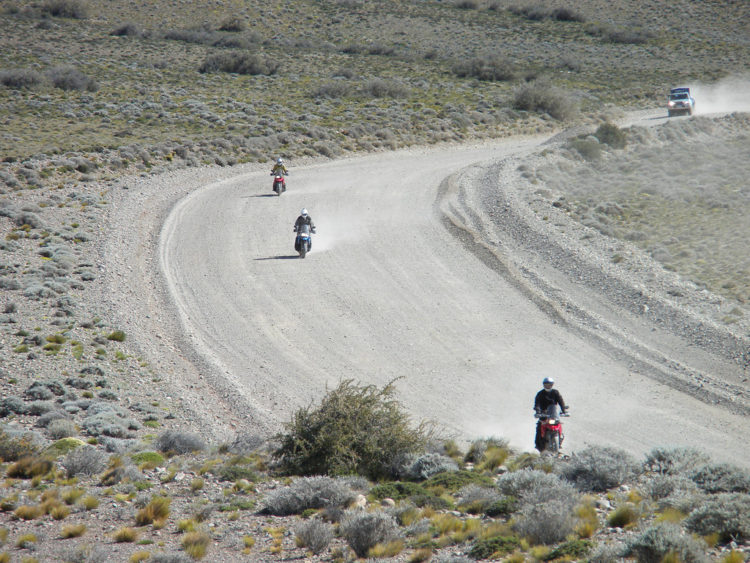 So what does this boil down to?  For me, adventure rides aren’t really just the planning or the execution of a ride or riding in difficult terrain or conditions.  When you step back and think about it, adventure rides are more about your personal experience, aren’t they?  Planning, riding solo and no support can be elements of making an adventure ride fulfilling for the rider.   But I would argue it’s not the most important part.  No, it’s what you get, what you take away from the ride that really makes the trip an adventure.

Ultimately, perhaps it’s about how you approach the ride that will tell you whether it was an adventure or not. Adventuring doesn’t just happen as a result of your planning it happens as a result of the overall experience.  If you felt real excitement, if you felt challenged, if you had some new experiences, then that would seem to be an adventure for you.

That said, it may not constitute an adventure for someone else.  But it does not take away the fact that you felt you had an adventure.

So, can you have an adventure on a “guided” motorcycle tour?  It would seem so.  The mark of an adventure is how it affected you and what you got out of it.  At, least that’s my take.  Let’s hear yours!