In an interesting spin on discrimination, a Medicine Hat, Alberta man is preparing to sue the provincial government of Alberta.

In April, 2018 Alberta became the 3rd province in Canada to allow members of the Sikh religion to ride motorcycles without a helmet.   Medicine Hat rider Troy Fandrick has a problem with that.  His issue is not that Sikh’s are allowed to ride without helmets.  He says that if members of the Sikh religion don’t have to wear them, he shouldn’t have to either.  If he is required to wear a helmet while others are exempted, he is being denied equal rights.

“A law by definition is a rule, adopted by the citizens and applies to all its citizens. Now, the Minister of Transportation has decided that some people are entitled to make the choice to wear their helmet or not, without any extra qualification.”

Fandrick feels that if the law is required for safety reasons, there should be no exemptions for the Sikh religion. 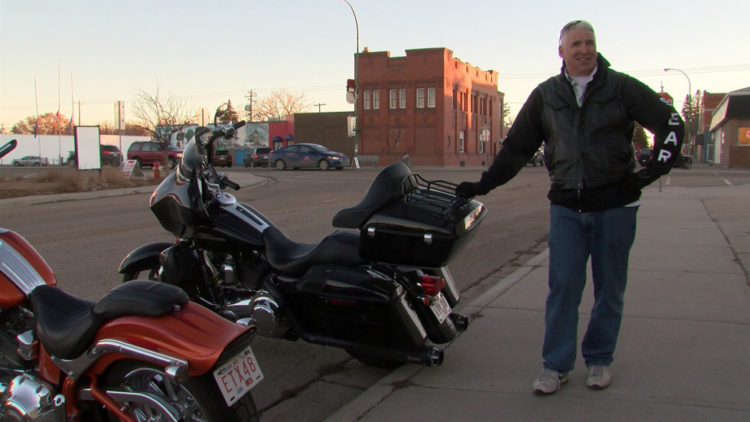 As a rider, Fandrick has received three tickets for not wearing a helmet.  Apparently, he will use his latest ticket to file a lawsuit not in traffic court, but in provincial court where he will assert a constitutional claim.

Unfortunately for Fandrick, he does not have the money to bring such a claim and has started a go fund me page to raise $10,000 for his lawyer’s retainer fee.

“It’s not a fight just for me, it’s a fight for all riders and to be honest, all citizens. It’s a stand that needs to be made.”

So Fandrick says he’s making the claim for fellow riders and Canada’s citizens.  What do you think of this type of case?