All over the world, rally racing has been exploding over the recent years. It may be on pause right now, along with every other sport, but the sport itself is growing. Adventure riders are getting curious about rallies and starting to compete themselves, like Lyndon Poskitt, or because, especially in Europe, rally organizers are starting to offer more and more rally training events and “easier” amateur classes aimed at big bike owners? Probably all of the above. But what I’m also noticing is an increasing trend of chasing rallies instead of racing them, and it appears there’s a whole new industry growing around that.

When I decided to chase Rally Dakar myself last year, I had no idea you could actually pay to do it. Back then, I thought there were only two ways to gain access to the rally bivouac: as an accredited journalist, which I couldn’t afford (accreditation fees start at around 3,000, and that’s just the very basics), or as a member of a racing team, which I was not. It turns out, I was wrong. Personally, I offered to help some of the teams outside of the bivouac and before they even arrived in Peru – hotel reservations, car rentals, SIM cards, that sort of thing – and in return, I was offered “friends and family” type bivouac passes. In other words, I found a creative way in; but there’s also another way, and that’s going as a part of a tour. 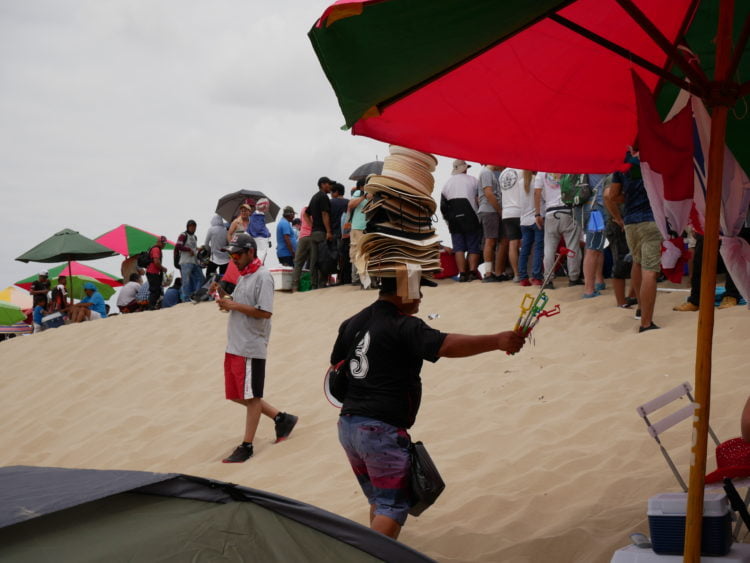 Rally Dakar is huge back home in Lithuania, and there’s already a tour agency offering “Dakar tours” – they cost an extortionate amount of money, but what you get is a truck, Dakar waypoints, and access to the bivouac, plus a guide during the Rally. All you need to do is show up and ride. Your tour guide takes you to the start and finish points, some of the waypoints along the route, and you get to meet your favorite competitors at the bivouac. 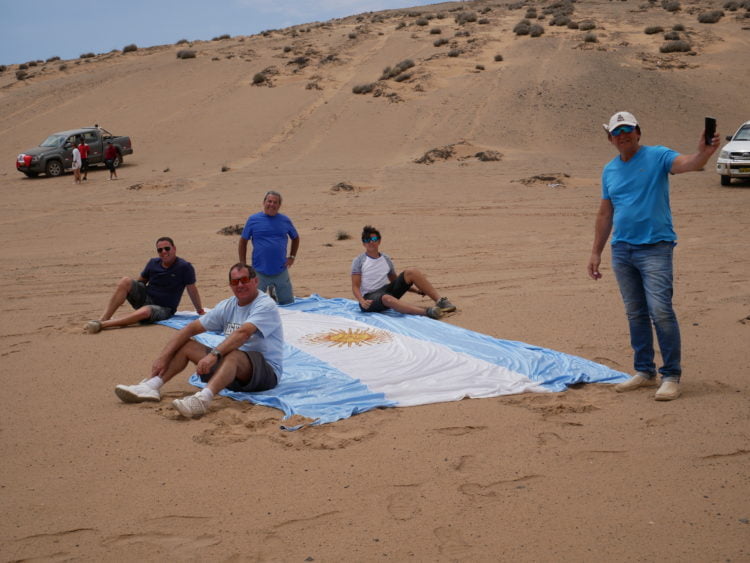 I’m not sure how that works with the ASO officials – perhaps you can buy some sort of “visitor” passes, or something along those lines – but, aside from the curious Lithuanians, I do remember quite a few wealthy-looking Chinese and European tourists hanging about the bivouac at Rally Dakar 2019 in Peru, carrying selfie sticks, poking around the paddocks, and taking selfies with the competitors. 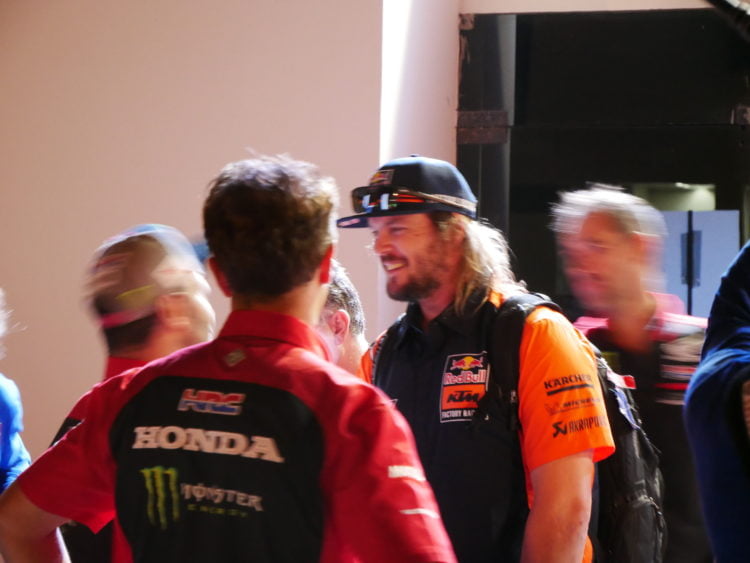 As far as I know, these sorts of tours are only available if you’re happy in a 4×4. If you want to do it on your own motorcycle, my recipe still seems to work best – just befriend rally racers and offer to help or volunteer, chase the rally on your own, and camp at the bivouac. The only danger here is getting the rally bug so bad you’ll end up wanting to race, which is exactly what happened to American rider Gee Motzkin who chased Rally Dakar 2018 and raced it in 2019. 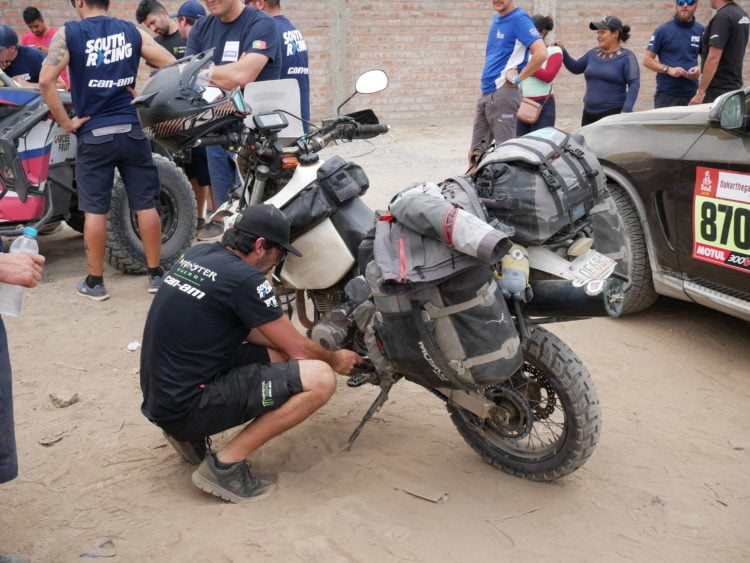 Bonus: getting rally mechanics to look after your bike. Dakar 2019, Peru

While the ASO might not seem like they’re particularly interested in encouraging die-hard Dakar fans to chase the rally (the steep accreditation fees, incredibly strict media licenses, unclear coordinates and waypoints, even in the Dakar app – all this adds to difficulty), some rally organizers are entertaining the idea to such an extent they’re actually offering rally chasing tours. As an example, Panafrica Rally which takes place near Merzouga, Morocco, is offering a “KTM Challenge”: participants will get KTM 450 motorcycles, GPS tracks for specially created routes alongside the main rally route, and a guide, plus access to the rally bivouac, a chance to meet the competitors, and generally, as their website says, “Enjoy Panafrica Rally with scheduled routes parallel to the competitive ones, with fewer kilometers and GPS navigation, but with all the security and the umbrella of a professional rally”. And frankly, it sounds pretty intriguing: it’s more challenging than a “regular” motorcycle tour, you get to play rally and see the action up close and personal, plus have the safety of the rally setting, but you’re not actually racing. 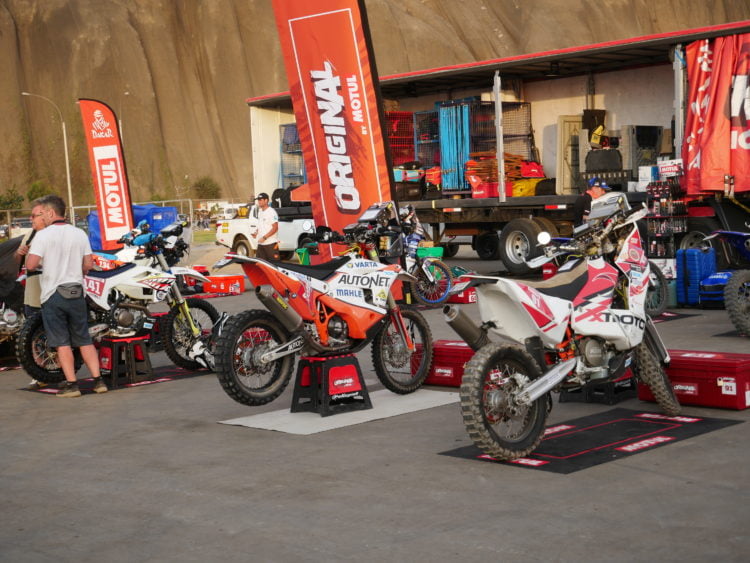 Sonora Rally in Mexico has a similar format, offering riders their “adventure raid” format, a guided trip alongside the main rally. In Europe, Hellas Rally has a special “adventure raid” class where riders are not timed and follow a GPS track, sometimes parallel to the main rally route, and stay in the same bivouac as rally racers.

So it seems that to experience a rally, you don’t need to race one. All you need to do is pick your favorite event and chase the race, whether it’s on your own bike and terms or as part of the tour.

However, as Meletis Stamatis, organizer of Hellas Rally Raid, always says, “the best practice for a rally is a rally”. So if you’re wanting to give it a try, here’s hat you’ll need: