In October last year we covered Paul Hendrix’s (aka. inmate DesertSurfer) indie film, a project that started with a man, his bike and a selfie stick but grew into a film on the silver screen.

Sadly, soon after we covered his film, Paul was diagnosed with non-tobacco/smoking throat cancer. He was rushed into radiation treatment and at the end of last year, he had surgery to remove the tumor and lymph nodes. You can follow his fight with cancer on the forum. He wrote …

Remember to not put off those bucket lists whatever they are. Always have an upcoming ride planned and in the chamber no matter how far off that may be.

F##k living for tomorrow when you can live more for today!!!

Paul is screening his movie at the TCL Chinese Theater in Hollywood this Sunday (February 23) at 6pm as part of the Golden State Film Festival 2020. 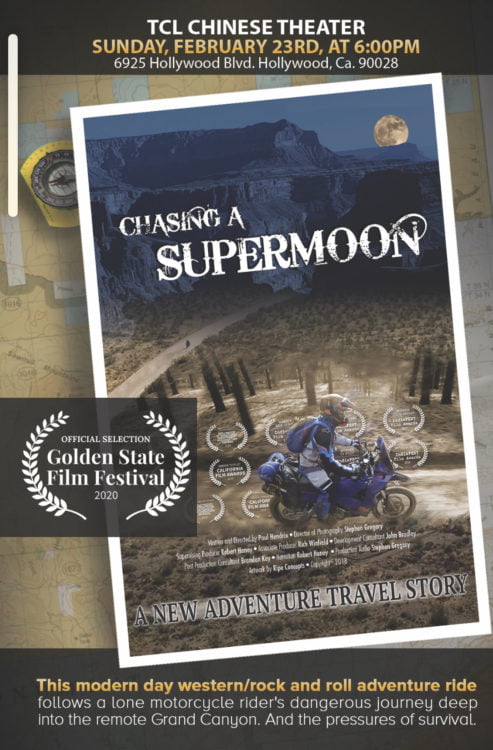 If you live in that part of California go support a fellow inmate. Over at the forum, a number of inmates have indicated they are traveling to see the film. Good luck Paul and keep on fighting!