There used to be a time when restoring a bike to its original condition increased it to its highest value.  However, that seems to have changed recently.  The trend now seems like unrestored classics often bring more dollars at auction.  An unrestored bike now often brings higher bids than those that have been painstakingly restored at a cost of many thousands of dollars. 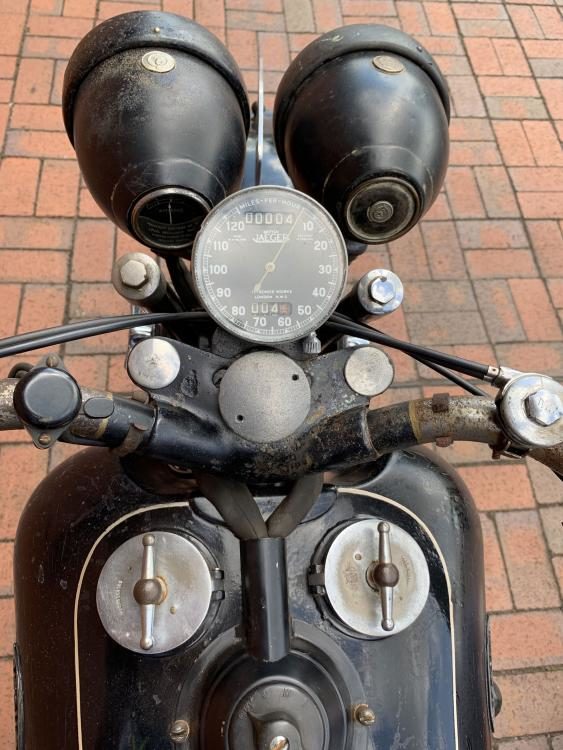 The controls and display. Looking a little rough but for a reason.

But, now it appears that there may be another way to “restore” a bike.  This was the case with a 1932 Brough Superior 680 Alpine, auctioned by H&H Classics, an auction company based in England.

H&H Classics recently held an auction at the National Motorcycle Museum in Birmingham, England.  They auctioned over 300 motorcycles at the event. 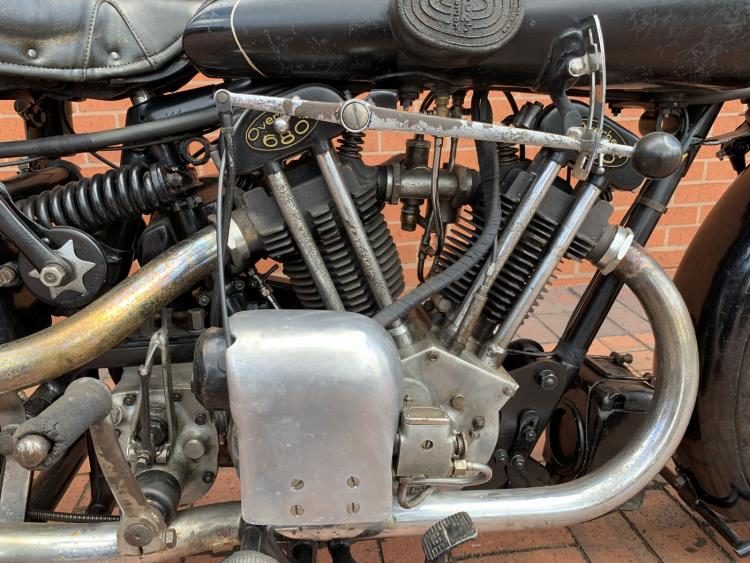 Closeup of the cosmetically aged engine.

One of those motorcycles was a Brough Superior 680 Alpine.  But it was different.  In what might be considered controversial, restoration specialist Simon Mies “cosmetically aged”  the motorcycle so that “it exuded a careworn look”.

The cosmetically aged patina drew quite a bit of praise and was widely admired.  And apparently, it was. 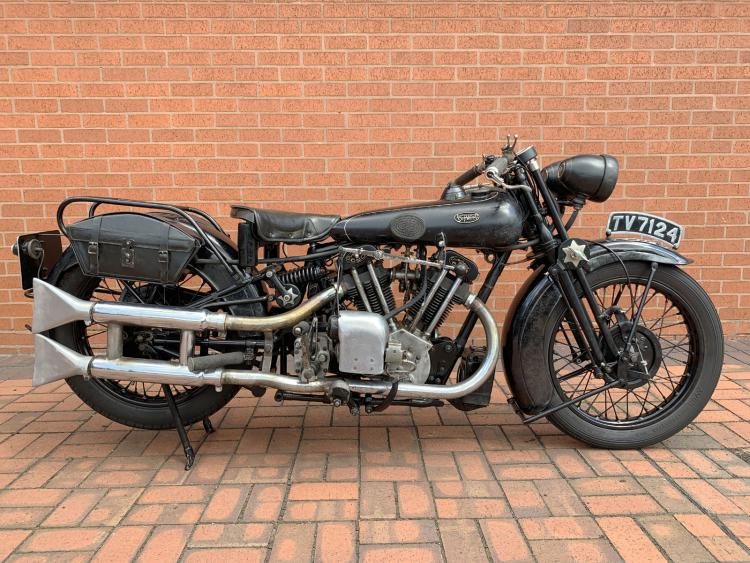 The right side of the bike with its fishtail exhausts.

H&H Classics reported that the cosmetically restored Brough Superior Alpine 680 brought a winning bid of £120,750.  To top it off, the bid was the highest of the entire auction.

Apparently, the idea of cosmetic aging doesn’t do two things.

What do you think about “cosmetically aging” a motorcycle for auction?  Is this a legitimate process or just another way to drive up auction prices?