I confess, I really want to like the DJI Osmo Pocket camera.

It’s a nifty, portable, lightweight, gimbal-balanced steady-cam that takes high-quality video that can (they claim) be easily exported to social media.

But it appears to have an issue that might deter some buyers, including me. 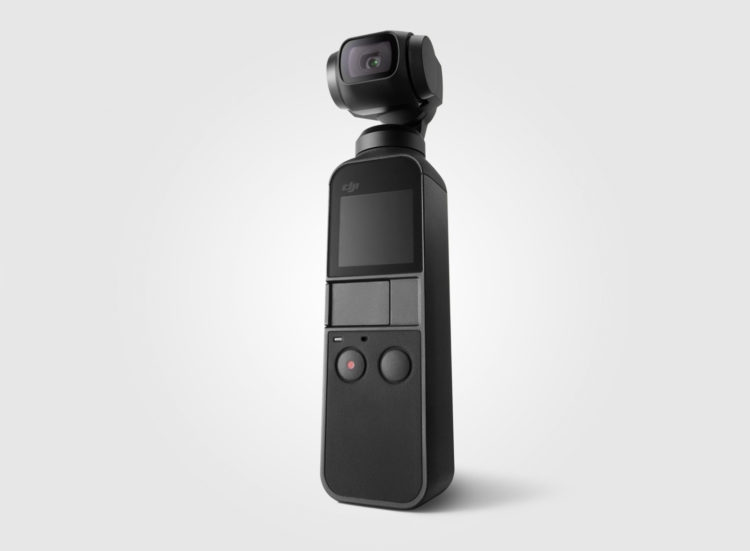 Let”s begin at the beginning. The Osmo Pocket is made by DJI, a Chinese company who also make drones, drone controllers and highly-regarded 3-axis gimbals for cameras and phones.

With the Osmo Pocket, DJI have stepped up from supporting other people’s cameras to making their own. The Osmo Pocket is a self-contained, lightweight, self-powered video camera that can shoot up to 4K video and up to 60 frames per second/fps (which allows for a degree of slow motion, but might fall short of the competition — more on that below.) 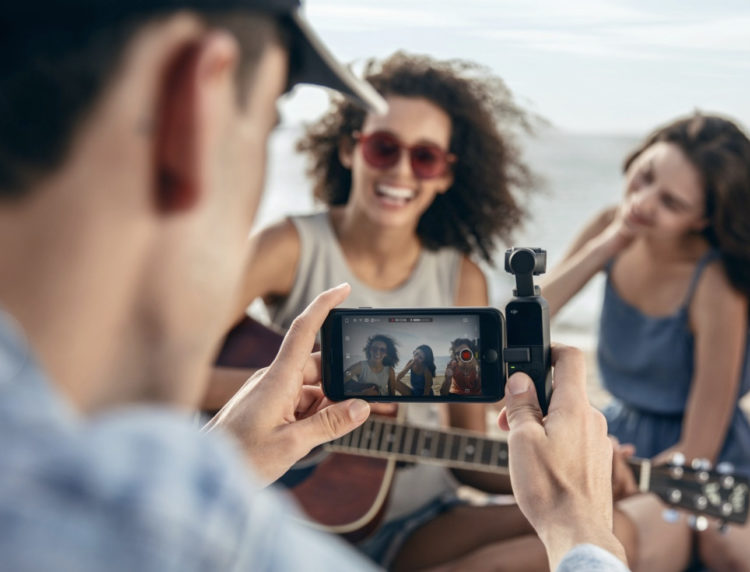 You control it through on-camera controls and it has a small one-inch screen.

If you want a bigger screen, it has a universal port to which a smartphone can be attached, as well as other accessories like a control wheel. The smartphone app also gives you a suite of manual controls, like exposure, frame rate, focus points etc.. Video is saved in MOV/MP4 format.

Accessory control wheel on the Osmo — photo courtesy of DJI

In theory, at least, the Osmo Pocket sounds like a fun and convenient device to take on a ride. It doesn’t weigh much or take up space. It’ll fit in your jacket pocket, for example. Pull it out and shoot perfectly-balanced videos. The grip is non-slip and you can buy a water-resistant case for it. 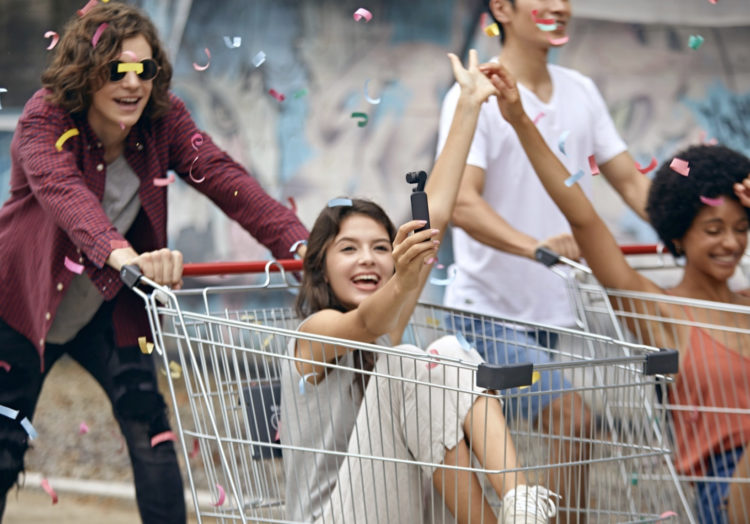 The apparent competition is the $400 GoPro HERO7 Black.

The HERO7 Black does have some advantages. It can be attached to your helmet, it’ll shoot better slo-mo at 120 fps, it’s waterproof, voice-activated, permits live streaming and has a highly-developed market for accessories.

But it’s also more expensive and the motion control is digital, not mechanical. Manipulating the video to stabilize your video can create odd-looking effects — you might like it, but it’s not natural.

As I said, the Osmo Pocket seems to have a place. 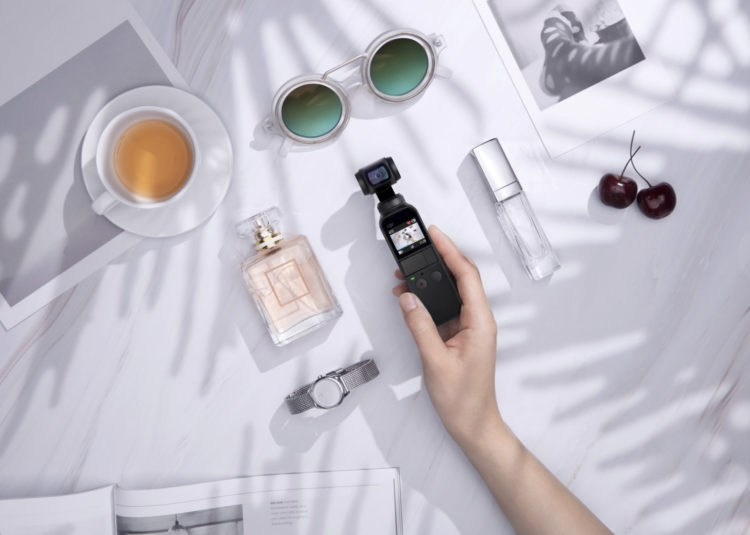 But here’s my reservation. I have an Android phone. If you go through the online tutorials (PDF) for this camera, DJI tells you to search Google Play for
DJI Mimo app. There’s no such app in the store. That’s your first clue that trouble might lie ahead. DJI has several apps (mostly for drones.) I’m going to guess that the right one is called DJI GO, which claims to support their latest devices.

Research their apps, however, and you’ll find that Android owners are less than happy with DJI. It’s kind of hit-or-miss whether the app will work on your model of Android phone. Oddly, users claim that the newer the phone, the less likely it is to be supported and that DJI’s customer support leaves a lot to be desired. 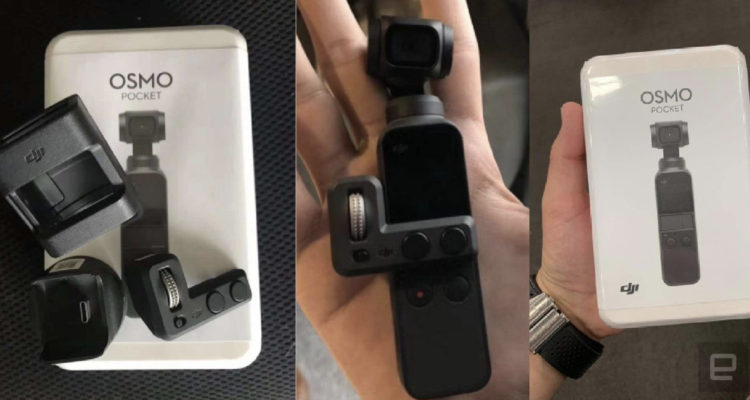 Given how important the app is for both controlling the camera and also for editing, a snafu with the app is snafu for the whole device.

As I said, I really want to like the DJI Osmo Pocket. If I can ever get my hands on one, I might fall in love with it. But there’s no point in pretending that it might not have some shortcomings, too.

The DJI Osmo Pocket costs $350 and can be bought from their site, Amazon, B&H, Adorama, Best Buy and other online retailers.