The Gauntlet has been thrown.  In a recent email announcing the “launch for our first 200 pre-sales” Curtiss CEO H. Matt Chambers also took the time to criticize competitor Harley-Davidson.

Chambers did not have kind words for the MoCo’s LiveWire electric motorcycle offering.  Taking direct aim at Harley and its CEO, Chambers had this to say:

“I’ve got something I’ve always dreamed of, a clean shot at Harley, exposing the hollow seemingly cynical nature of their EV effort, their own CEO referring to their rather commodity looking Livewire example as a catalyst for their petrol line. How uninspiring. He goes on to say he will lead the BE motorcycle field. No! Curtiss is the precise hard knock out punch he didn’t see coming. He is way too big and spread way too thin. The volumes will be too low for the next five years. We have out planned them, out designed them, out engineered them, out branded them and out promoted them. The market is very small, ideally suited to our core competencies, skillsets and bandwidth. We have the experience and collaborative relationships to ideally grow with this market. Harley does not.”

Wow.  Those are some pretty tough words from the CEO of a company yet to deliver a single electric motorcycle to any customer.  Curtiss has shown us prototypes but even those have changed.  Its first publically revealed electric motorcycle was named the Zeus. 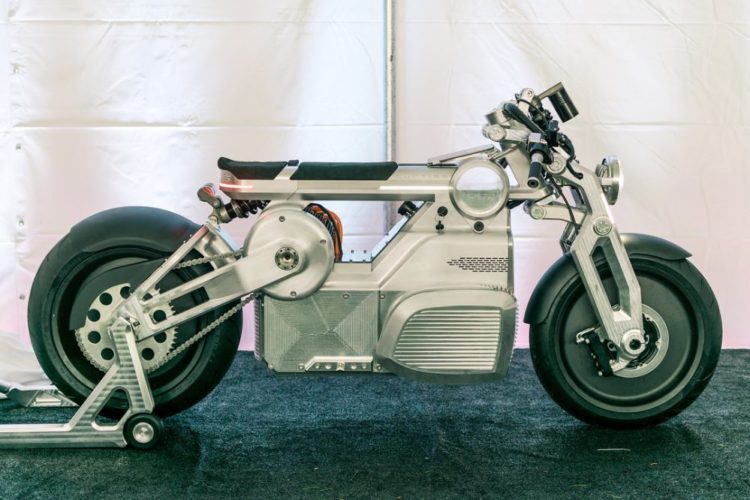 It had a blocky design with a battery pack that looked like most other electric motorcycle manufacturers.  But recently Curtiss unveiled a different bike, once again called the Zeus. 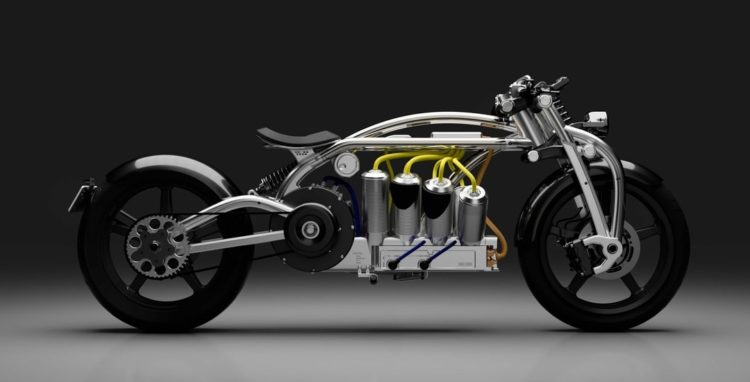 While both bikes have visual impact, it’s not clear whether they are ready to go machines or just simply mockups.  One could reasonably assume that if the machines were ready to ride, Curtiss would have at least shown them being ridden via its social media channels.

But the public is yet to see a single running Curtiss electric motorcycle.  That seems a bit strange considering their CEO’s statement about having “…out planned, out designed, out engineered, out branded, and out promoted..” Harley-Davidson.

Does it make sense that a CEO could make such claims without having delivered a single electric motorcycle?  Is there some other reason that Curtiss would make such a statement?  Could it be that Chambers is just trying to get some publicity and buzz?

All of the above is wrapped in the context of fundraising.  After posting the above, Chambers virtually pleas for “investment” money via the company’s WeFunder campaign by saying:

Since all of this is public and social by nature it is important for Curtiss to win. If there is anyway you can help us with our WeFunder effort it would be a smart investment for a great cause and forever appreciated.

In its WeFunder investor Q&A section, the manufacturer discloses certain unaudited financials.  Those financials cover the period ending 3/31/20XX for the years 2017 and 2018.

But does the data disclosed in these years have much relevancy to today’s financial standing?  Curtiss claims revenue from the sales of motorcycles in the years 2017 and 2018 of nearly $5.6M.  But without having sold a single electric motorcycle during this timeframe, how can those sales be relevant to electric motorcycles?  Is having a CEO plead for funding from the general public indicative of their inability to generate capital through “conventional” institutional and venture capital means?

One can understand why Curtiss is in need of funding.  For a company engaged in bringing a brand new high technology product to market, having only $127,217 cash in hand as of November 2018 (they don’t provide statistics more recent than that) doesn’t give them much ability spend on unanticipated expenses brought about by the development of electric motorcycles.

Curtiss does claim that “Over the three months prior, (it’s not clear what three months they are referring to) revenues averaged $205,950/month, cost of goods sold has averaged $67,217/month, and operational expenses have averaged $92,243/month”.  If those numbers include all revenues and all expenses, they could be putting away approximately $46K a month.

So, in the last two years, they could have accumulated more than $1.1M in available funds.  So why do they have so little cash on hand?

What about revenue then?  Where the revenue is coming from?  According to their financials, most of its revenue this fiscal year is projected to come from sales of the internal combustion-engined Warhawk, not its electrically powered motorcycles. 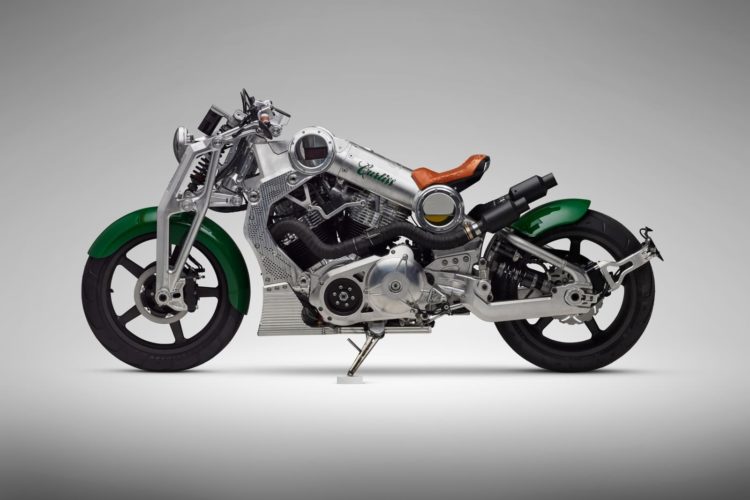 Curtiss projects the Warhawk’s sales price will be $105,000.  To make 2019 – 2020 projected Warhawk revenue numbers, Curtiss must sell 9 Warhawk bikes in quarters 1 and 2 and then sell 6 Warhawks in each quarter 3 and 4.  In all, Curtiss projects that more than 75% of its revenue in the fiscal year 2019-2020 will come from internal combustion-engined machines.

Its other source of revenue is projected to come from sales of its Zeus model with a projected sales price of $40,000 each.  That’s $10,000 more than Harley-Davidson’s LiveWire.  Without any hard performance indicators like range, weight, handling, and time to charge it’s difficult to say whether buyers would opt for a Zeus over a LiveWire at the $10,000 Curtiss premium.

All in all, Curtiss clearly has done a good job of marketing.  Their bikes have significant visual impact, but whether Curtiss can produce and sell them in a timely fashion is up in the air.

Curtiss’ CEO has laid the smackdown on Harley.  But talking the talk and walking the walk are two very different things.  Can Curtiss can make good on all its promises?