Curtiss Motorcycles has unveiled the latest iteration of its Zeus model electric motorcycle.  The newest design is quite different than the Zeus model revealed only a few months ago.  This version comes with a very different look and makeup.

Curtiss claims that this Zeus harkens back to Glenn H. Curtiss’s land speed record holding V8 engined machine.  Based on this Curtiss provided photo, the resemblance is there. 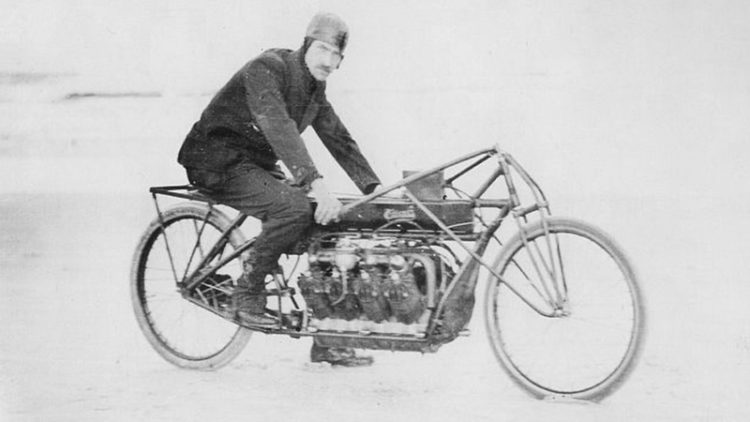 But ultimately, the current Zeus is an entirely different machine. The latest machine features what they call its V-8 battery design. Placed in a narrowing V design, the battery pack does strike a resemblance to a “V” internal combustion engine.

According to Curtiss Designer Jordan Comille:

With the battery cells packaged inside eight cylindrical towers configured in a flaring radial ‘V’ pattern, we’re not only able to tap into Glenn’s [Curtiss] iconic V8 form language, but we’re also able to achieve maximum battery cooling efficiency. In this case, there exists no compromise between form and function.”

By way of comparison, Zero’s newest SR/F electric streetfighter motorcycle holds a battery pack with a 14.4 kWh power rating. Zero says the SR/F produces about 110 HP – nearly half of what Curtiss claims for its Zeus.

The previous Zeus model used a dual motor arrangement with the motors coming from Zero. But now, the Zeus uses a proprietary Yasa P400R series motor.

While the power of the Zeus is indeed impressive, Curtis does not provide any information about the bike’s range. That is a bit of a worry for many, but may not be so important to the type of riders Curtiss is courting: those wanting a rolling piece of motorcycle art.

If you want a new Zeus, it’s going to cost you. Curtiss is right up front about the fact that the Zeus will be a premium motorcycle. If the bike makes it to production, the powerful electric motorcycle will set you back $75,000.