A little while ago, we told you about how Curtiss Motorcycles shed their Confederate roots and turned themselves into an all-electric bike company.

At the time they had announced their first line of electric machines, the Zeus. But all they had was concept art (which wasn’t warmly received by our readers!)

Well, one day ahead of EICMA (the major bike show in Milan), Curtiss have released newly updated art and the names of their first two models. They’re a Bobber and a Café, names that represent a mix of Curtiss’ past (and to a degree, their present) as a manufacturer of cruisers, plus their aspiration to attract a younger demographic.

What’s changed from the concept? Well for one thing, the looks. Nobody knows better than Curtiss how unattractive those early concept images were. 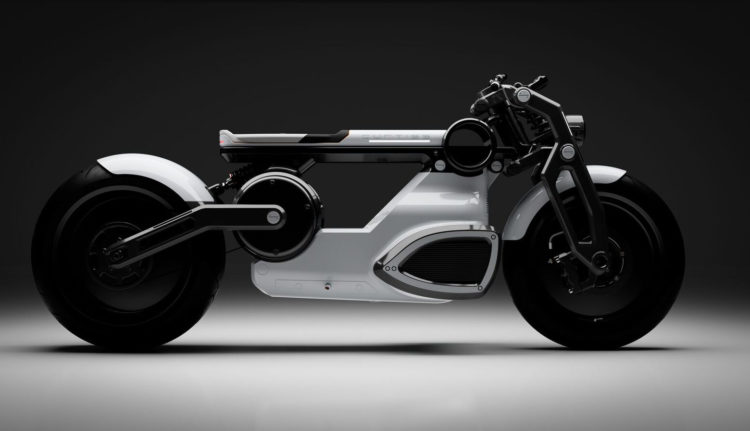 Under Curtiss’ Advanced Powertrain Division, the guts (and bulk) of the machines have been developed and redesigned. The goal is a 140 kW motor that they hope will deliver impressive performance.

“Our original Zeus concept prototype featured obsolete battery and motor technology that was as graceful as a cinder block. This made it difficult for our team to engineer the machine we all aspired to create. With our new Advanced Technology division, we are developing new battery, motor, and control system technologies that enable us to deliver on our clean, modern aesthetic vision.”
–Jordan Cornille, Curtiss Design Director

They’re not making hard-and-fast claims about actual numbers, mind you. But they say their “aim” is a range of 280 miles (450km), with 145 foot-pounds of torque and a 0-to-60 mph (96.56 kph) time of 2.1 seconds. Instant, massive torque is something you expect from electric propulsion. But if they actually come through on a range of 280 miles, it might win over skeptical customers who generally don’t ride that far in a day.

And when might the Café and Bobber reach the market? Again, Curtiss aren’t committing themselves. Their goal, they say, is to begin production in 2020. And once they’re rolling, they’ll have Harley-Davison’s electric LiveWire squarely in their sights.

Dealer Gets Superleggera V4 As Present