Nesbitt is better known for his work with Confederate Motorcycles, an all internal combustion engine motorcycle company.  Nesbitt is the driving force behind the design of Confederate’s Wraith and second-generation Hellcat. 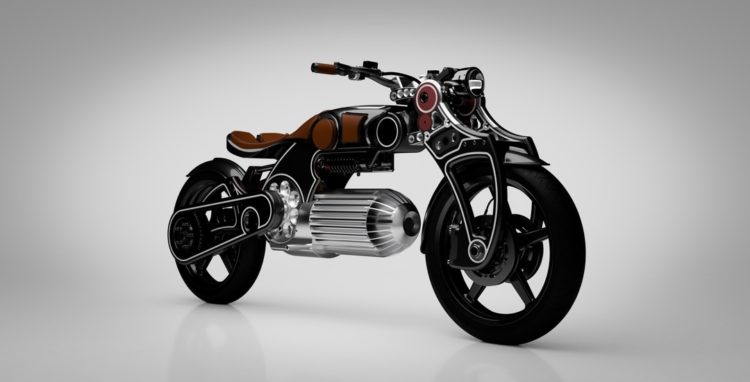 The Hades has a tubular horizontal battery pack.

In designing the Hades, Nesbitt worked with fellow designer Jordan Cornille to produce the machine.  While the two moto designers both have independent projects, there is a cross-pollination of ideas and creativity that resulted in the Hades.

While discussing the Hades, Nesbitt said the following:

“We have a deep and abiding respect for materials. Our goal with Hades is to build the least wasteful machine possible. This not only applies to how the motorcycle operates, but also how it is constructed. Most of the parts on the machine serve more than one purpose. Like Miles Davis, we’re playing the fewest possible notes to convey the emotion. That’s minimalism.”

The machine is certainly minimalistic. 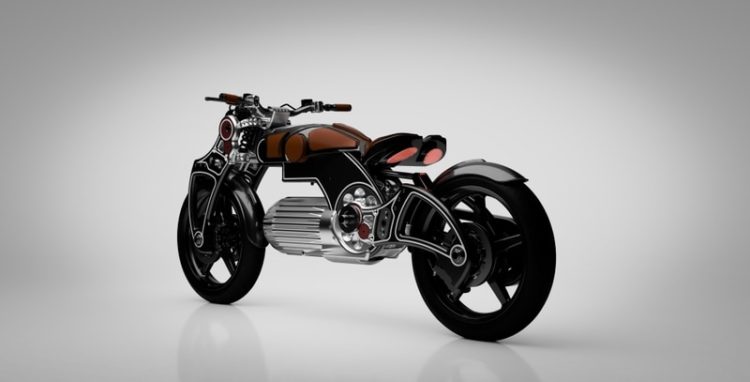 Left side view of the Hades.

Specs for the electric motorcycle are sparse.  It’s not clear that the bike is even a running model.  But Curtiss does make some claims about the bike’s power.

Electrical power comes from a single tube-like, horizontal battery “vault”.  That vault holds batteries providing 16.8kWh at 399 volts.  Estimated Power is 217 HP with 147 lb-ft of torque.  And, Curtiss says that the powertrain is still being optimized.  That’s certainly a lot of power if the specs are true. 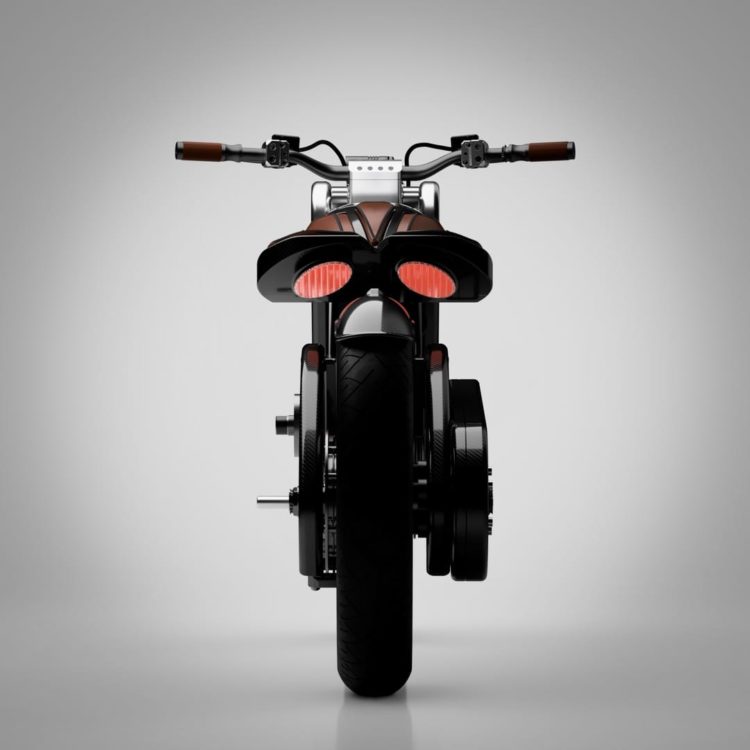 The rear of the machine looks clean if a bit unbalanced by the drive unit on the right.

At this point, little else is known about the bike.  Like Curtiss’ Zeus model, the bikes may be considered rolling art.  Unfortunately, until either bike makes an on-road appearance, Curtiss’ bikes are little more than show models.