Editor’s Note: I am pleased to present this article written by Wesley Reyneke and published by our good friends at BikeEXIF, the internet’s premier custom motorcycles website.

THERE WAS A subtle takeaway from this year’s EICMA show: adventure motorcycles are more popular than ever. As well as the regular slew of new model upgrades, we saw a hefty dose of nostalgia in concepts like the Husqvarna Norden 901 and Scrambler Ducati Desert X.

While modern dual-sports have become angular and over-designed, those two designs hark back to icons like the original Honda Africa Twin, Cagiva Elefant and Yamaha Ténéré. Older bikes that we love, because they remind us of simpler and more stylish times. 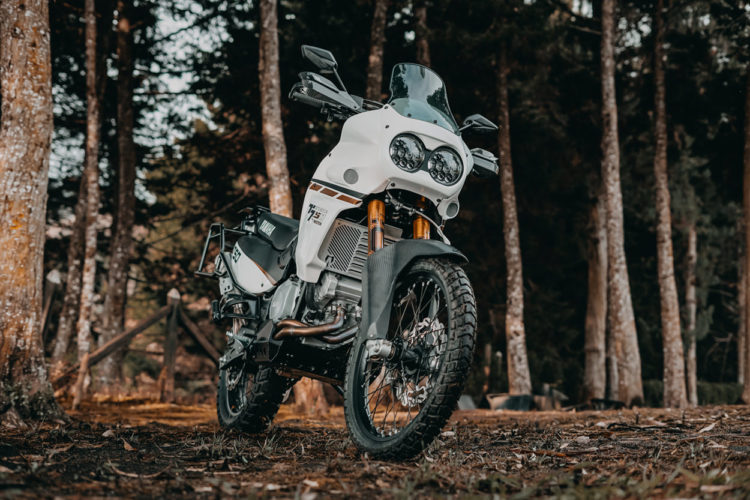 So here’s another, even sweeter reminder of the way adventure bikes were: a delicious 1991 Yamaha XTZ 750 Super Ténéré, from Marco Saldarriaga in Colombia. He’s played his cards right here, keeping the Ténéré’s general vibe, but with a contemporary edge and key performance tweaks. 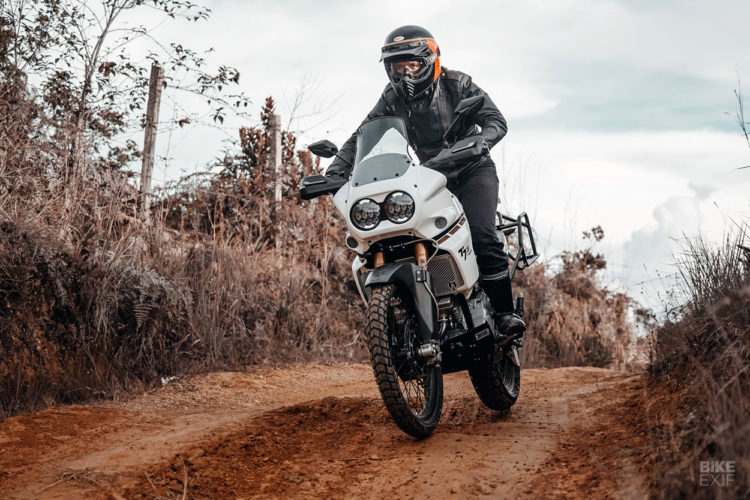 As a bonus, the Super Ténéré came to Marco with a fully overhauled motor, ticking one thing off the list. So he turned his attention to rebuilding the carbs, and installed a full exhaust system from Arrow to make it run even sweeter. And he treated it to a new wiring harness too.

Then it was time to beef up the Yamaha’s aging suspension. Marco grabbed a set of enduro-specific Öhlins RXF 48 forks, and paired them up with aftermarket triple clamps from Off-The-Road in Germany. 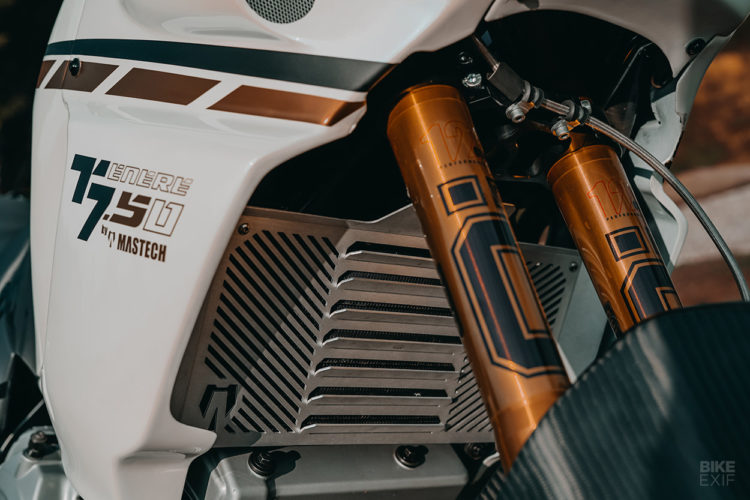 The clamps were actually designed for the single-cylinder Ténéré. But Marco made them fit, added a new steering stop, and modded them to accommodate the ignition and an Öhlins steering damper. 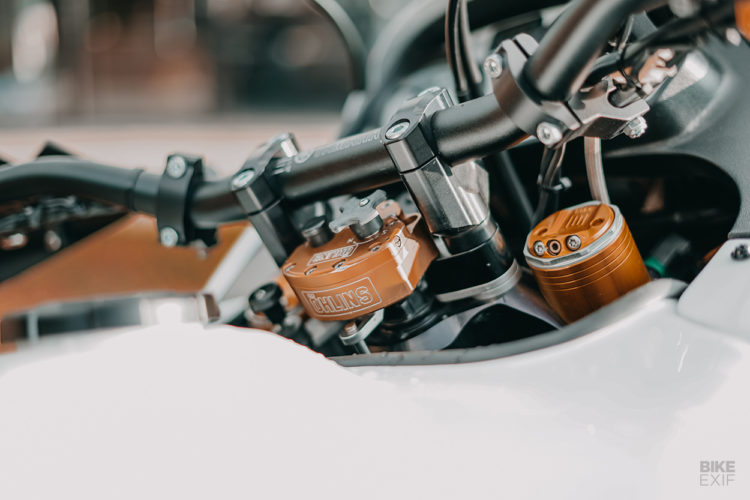 The front wheel came off the KTM 450 that Marco fielded in the 2014 edition of the Dakar Rally. And the brakes are Brembos that were scalped from a KTM 690 Enduro, and hooked up via custom-made brake hoses.

Out back, the chunky taillight’s still in play, but the rear plate beneath it has been trimmed down and kitted with slim LED turn signals. 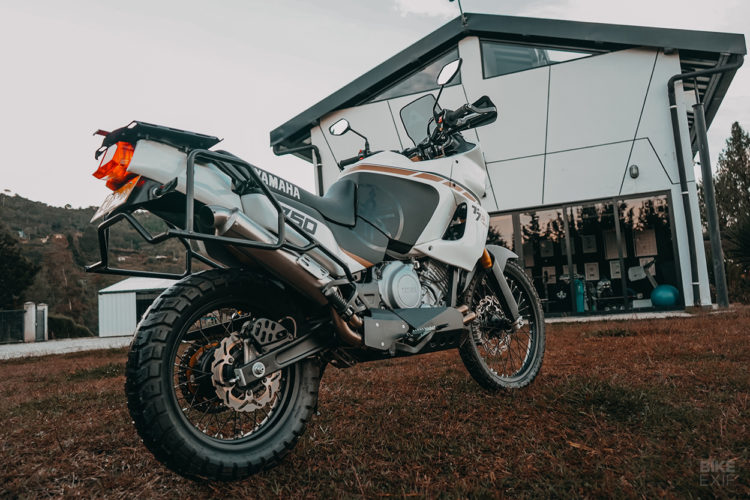 Marco needed to nudge up the rear to match the taller front end. So he installed an Öhlins S46DR1 shock with a custom made linkage to adjust the height, with fresh bushings, retainers and needle bearings.

He kept the OEM Yamaha rear wheel, but re-laced it, and replaced the bearings and cush drive rubbers so it would run like new. Ditto for the brakes, which got a new disc, brake light switch, steel brake hoses and some sneaky custom bits. 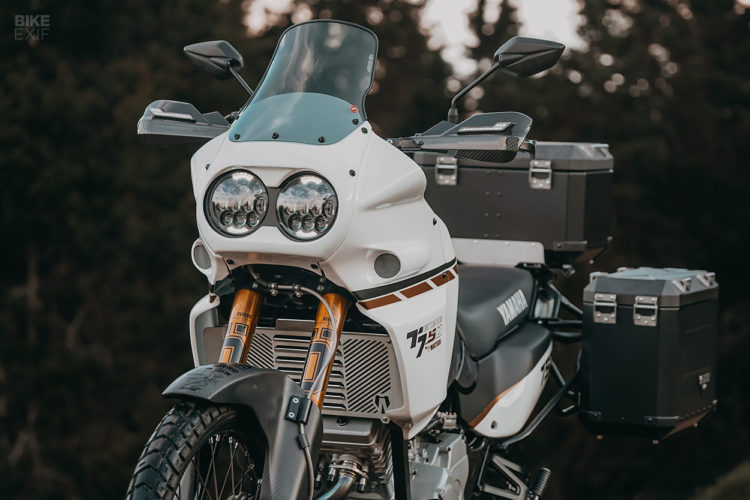 The Super Ténéré has one of the most recognizable silhouettes in adventure bike history, so Marco didn’t mess too much with the bodywork. Instead, he retrofitted that classic rally-style fairing with an assortment of modern bits.

The conventional lights were replaced by two modern 5.75-inch 80W lamps, using custom brackets. But there’s an even slicker setup happening behind the screen.

Marco ditched the clunky stock dials, then built a new dashboard plate to host updated electronics. There’s a digital tacho there (which required a sensor conversion too), a GPS-based speedo, and a temperature gauge. Marco’s even added neutral and turn signal indicator lights. 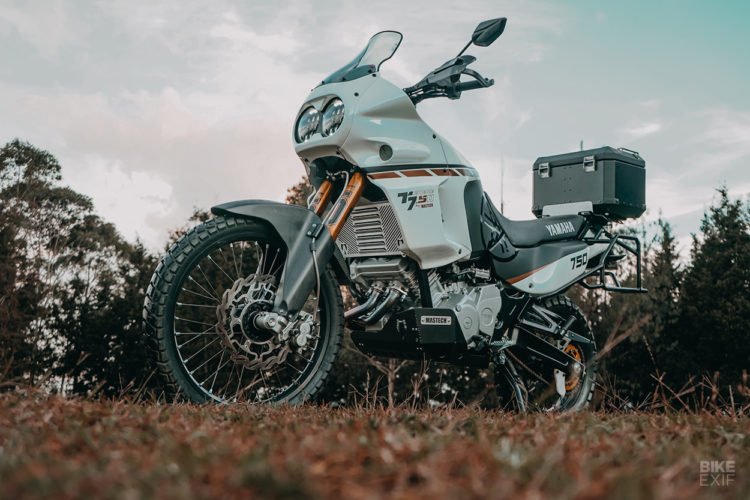 A bunch of one-off parts round things off nicely. Marco added a custom radiator guard, engine guard and bash plate, and a rear carrier plate with side case racks. They’re designed to interface with his company’s own hard luggage system. 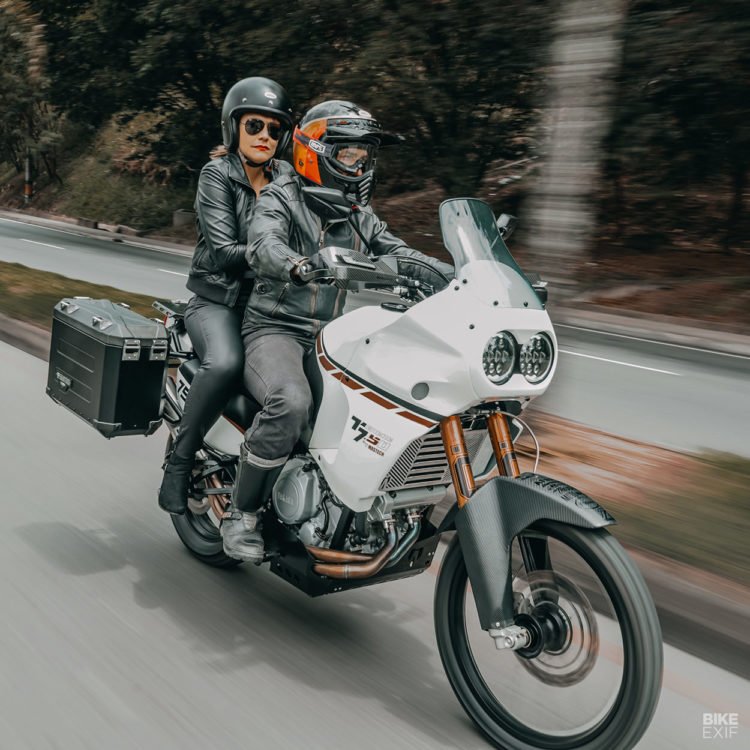 If there’s still any doubt that Marco’s a man of excellent taste, this Super Tén’s livery should lay it to rest. It’s minimal and chic—a simple white affair with black and bronze accents and a hint of the classic ‘speed block’ motif. (Even the frame got a fresh coat of black. 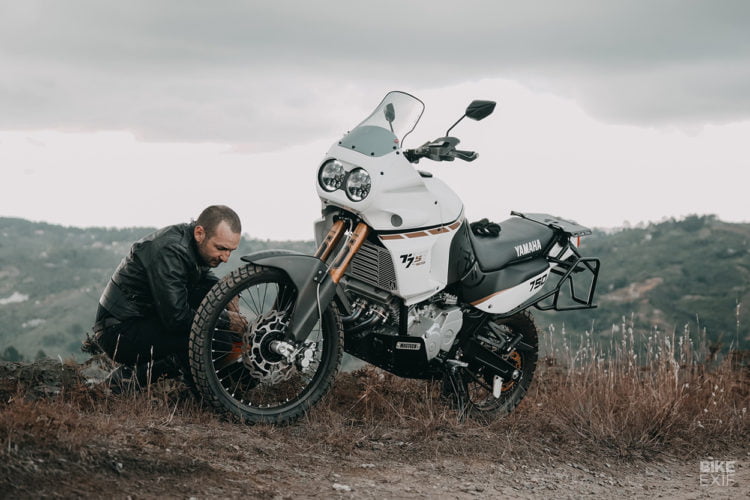 Marco’s XTZ 750 turned out so good, it has us in a pickle. What’s better: a modern dual-sport with retro design, or a classic dual sport with modern upgrades?