Today, I made it to the finish line way before the first riders started to come in to make sure I get all the stars of the Dakar. And there they were; Pablo Quintanilla and Toby Price, Adrien van Beveren and Laia Sanz, Matthias Walkner and Sam Sunderland. And it was way cool to see them up close like that. 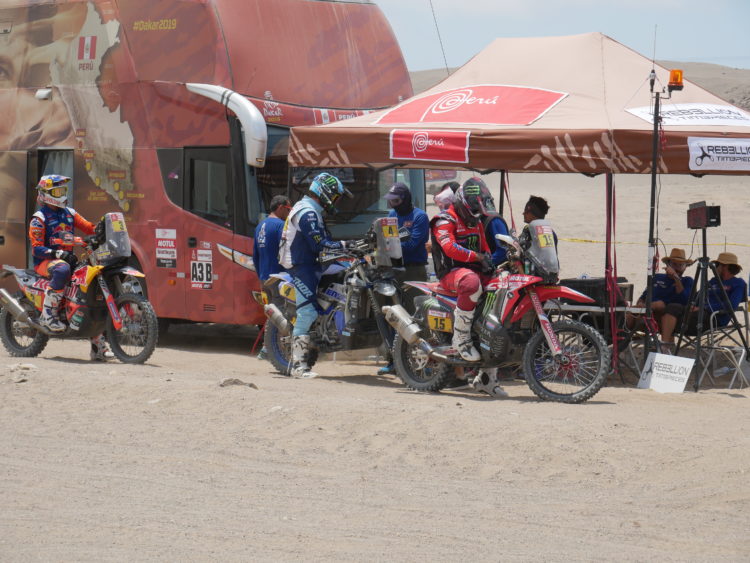 People keep sending me messages like, “Get a selfie with Toby Price!!”, “Can you get a pic with Sam Sunderland?”, “Can you interview Laia?”. And again, I’m sure it would be way cool to do all those things. But frankly, I’m so much more interested in the rookies and the malle moto riders, the privateers and the rally first-timers. And it’s not because it’s easier to talk to them. It’s because all the stars of the Dakar, while they do deserve all the fame and all of the attention, are riding in another level and for different reasons. 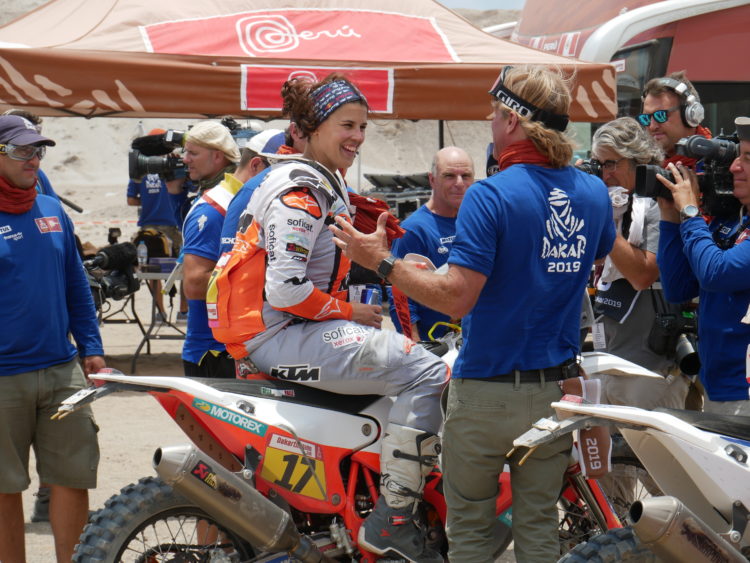 For most of the riders at the end of the pack, it’s all or nothing. Some have sold their homes to live the dream of the Dakar. Some have zero assistance and have to find their own cabs and hotels at 3 in the morning, dead tired, before they head back to the bivouac for the start. Some have no people whatsoever, and it’s a little melancholy to see all the Dakar superstars being constantly mobbed by press and spectators while the less-known, or unknown, riders stop at the time control, look around a little and just ride on, nobody to interview them and take a million photos and shake their hands and tell them how awesome they are. 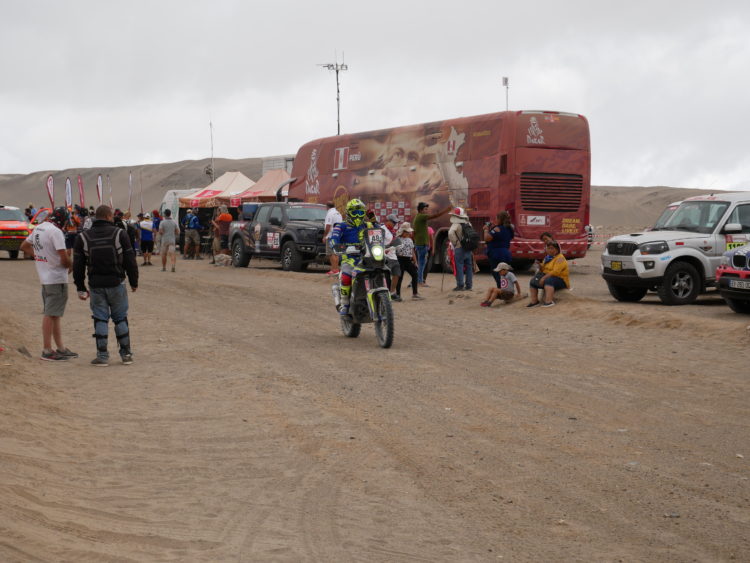 So, I decided to be their people even if it’s just me. I wait until the last rider is in. I take their photos and record their stories. I bring them chocolate. I know it’s tiny and insignificant, but I hope that at least it cheers them up a little.

I got a message from Wesley Pittens today – he said thanks for riding with him to the Arequipa bivouac the other day when it got dark and his wheel was all wobbly. He’s out, unfortunately, but I really appreciate that message and will root for him in 2020.

Sara Garcia is still around, helping Javier Vega best she can. She’s so badass for keeping her cool so graciously and supporting Javier even though there’s no longer a place for her bike at the malle moto camp.

Edwin Straver is still kicking ass. Patricio Cabrera is still smiling. Carlo Vellutino is cracking jokes, Balys Bardauskas is his usual nonchalant self, and Frederic Barlerin is out but he’s still around, helping others.

So I may not get a selfie with Toby Price or a chat with Laia Sanz. But I’m OK with that. Everyone’s Dakar is different. This is mine. 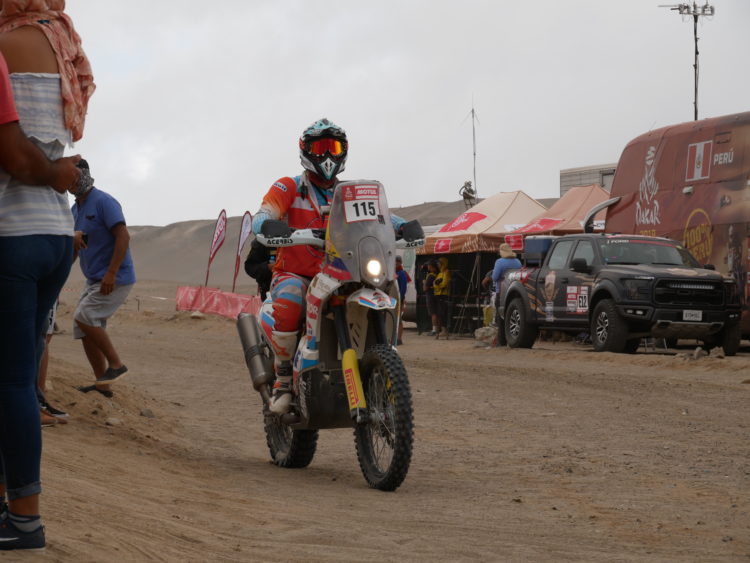 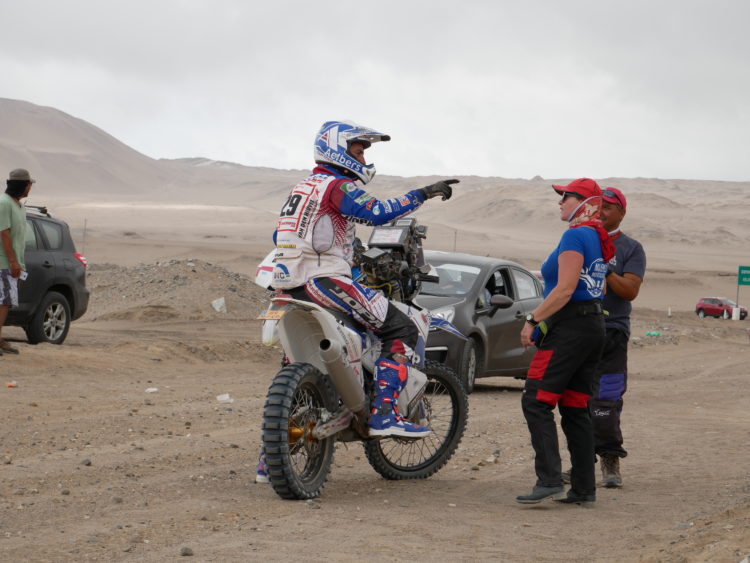