The Dakar is an obsession. I’m beginning to realize it as I type this post at 1 am in Miraflores, Lima, just fifteen minutes from the bivouac. 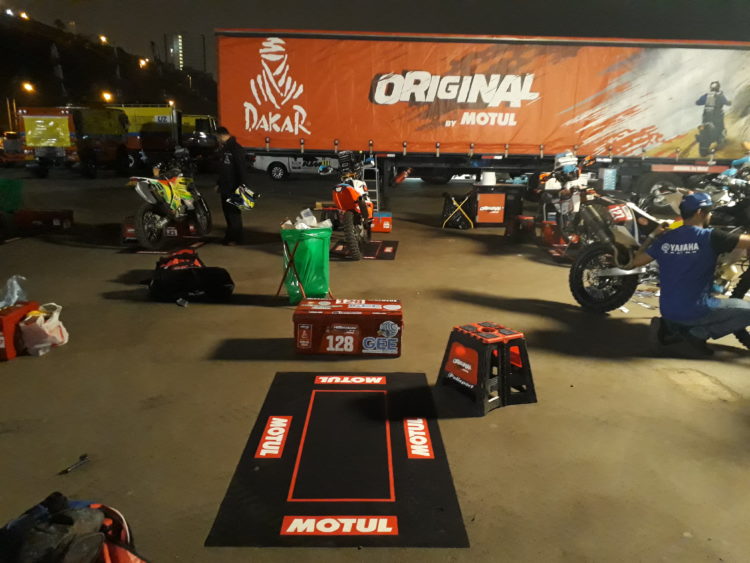 Malle Moto: all you get is a box

Having ridden yet another long stretch on the Panamerican today from Nazca to Lima, I thought I’d just have a rest day and figure out where I needed to go on the 4th of Jan when the bivouac opens to the public. However, as I got to Lima, I thought I should check it out today, just in case – and I’m so glad I did!

Although the bivouac as still closed to the public, this is where my Dakar began – right there, in the parking lot in Magdalena. Having chatted to two lovely South Africans who were there for the same reason – to chase the Dakar – I was greeted by Balys Bardauskas, a Lithuanian motorcycle rider who is going to compete in the Malle Moto class. 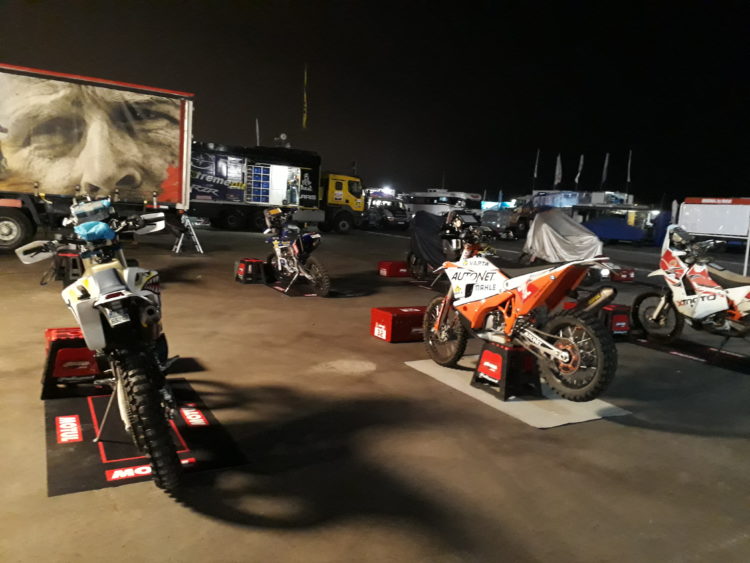 From there, it’s all a blur. I parked Lucy safely at a Miraflores hostel and went to meet the Lithuanian racing and press teams. I got an incredible amount of awesome information and tips on how to chase the Dakar, but more than that, I got a tiny glimpse into what the next thirteen days are going to be like.

It’s madness: last minute checks, test riding and driving in the nearby dunes, last improvements, paperwork, glitches and little victories, emergencies and unexpected help from the most unlikely sources. It’s a party: dog-tired and jet-lagged, competitors still manage to joke and share beers. It’s camaraderie: they are here to race each other, but they are here to do it together. “There’s a rider from Czech who’s having trouble with his bike and needs a part. Do you have any friends who could help?” Balys asked me. He doesn’t have to run around trying to help the Czech rider. He’s got tons of things to finish for himself, but he does it anyway. So would most other Dakar racers.

But most of all, the Dakar is an obsession – even for me, who is merely following the race as a complete Dakar chasing novice. It’s 1.30 am but I’m still editing video and typing. I could have a rest day tomorrow, but since I got bivouac access, I’ll do my best to chat and video the competitors as best as I can. I could just pick a few stages and have an easy ride but this is all too huge and awesome to miss a thing – so I’ll go all the way.

I was never all that much into rallies. I knew they existed, and naturally I knew the Dakar was the ultimate test. But I was never a die-hard fan.

Now, arriving to the Dakar bivouac, I think I’m starting to get it.