I’ve already written how even before the Rally Dakar 2019 began, it felt like the bivouac never slept and how the race was on. How intense life was at the bivouac and how incredible it was to be there.

But now that the really has actually begun, I think of the days in Lima as a mellow, peaceful holiday.

Chasing the Rally to Pisco

Leaving the Lima bivouac at 5.30 AM this morning, I felt like I was dreaming with my eyes open. Riders were filling up at the gas station, engines roaring, smiles and grins – and for some, tears out of sheer thrill and the fact that they were now here, in the Rally Dakar – on their faces. 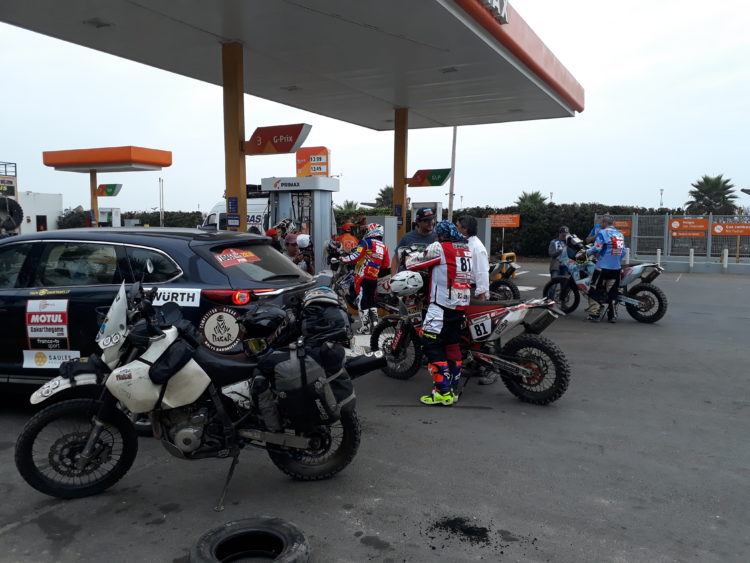 Riders flew by, one by one and in tandems or groups, along the Circuito de la Playas and across the city, cheered on and applauded by spectators waiting on bridges, street corners, traffic lights and pedestrian crossings. It was 5.30 on a Monday morning but people brought chairs and snacks and waited patiently for the rally to race by.

As I rode along towards the Panamerican highway, Dakar riders passing me on their rally machines, I felt like I was part of it all, in my own tiny, funny way. Lucy, my DR650, plodded faithfully along as the rally bikes and Dakar support vehicles poured into the Panamerican. There, everyone was a little more spread out, making their own way to the Pisco bivouac for the start of stage 1.

#44 would give me a friendly nod and a wave. #138 raced by dancing – I’m guessing he had some upbeat tunes on! Some riders stuck together for a while, sharing route tips during traffic lights or toll booth stops, while others rode steadily on, focused, on edge. 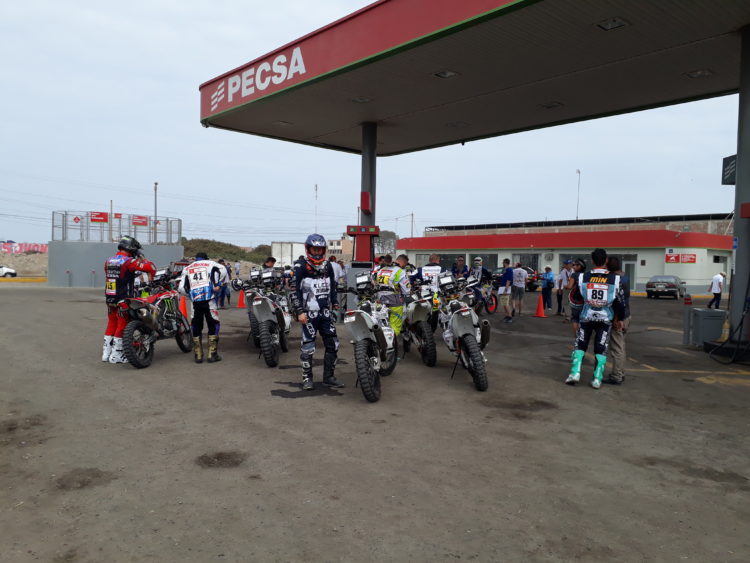 Arriving at the Bivouac

The Panamerican snaked around massive yellow dunes and skirted along the Pacific as riders made their way South to finally get off the road and begin the real Dakar.

The coordinates given for the bivouac that day turned out to be off, so, my GPS protesting, I decided to simply follow a rider to the destination. I stuck to rally vehicles as we passed Pisco and the road shot across a beautiful desert.

And there it was: a desert oasis of engines, oil, sand devils and smoke. The Pisco bivouac was a sight to behold. Built overnight in a barren plot of the desert, it was now alive with cars, trucks, bikes, quads, people, and noise. It’s impossible to describe a desert bivouac correctly: nothing seems to do it justice. It’s chaos and sandstorms, roaring engines and screeching brakes, it’s people who are mad enough to be there, and to dare. Cars and trucks and bikes aren’t just means of transportation in the bivouac. Here, they are all extraordinary, just like the people who drive them and look after them, and race them through the scorching desert. 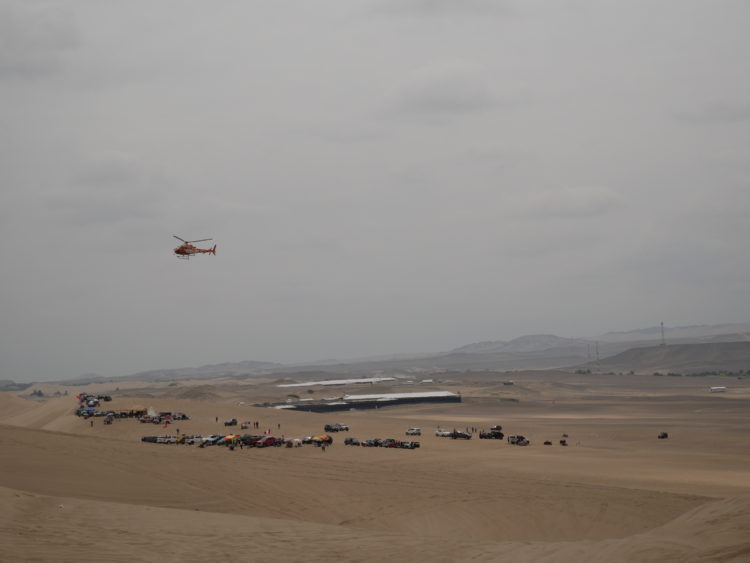 Finding a promising-looking dune, I sat down to wait for the finish of stage 1. Today, bikes opened the stage with highest numbers going first, and soon enough, the arrival of the helicopter announced the first rider. 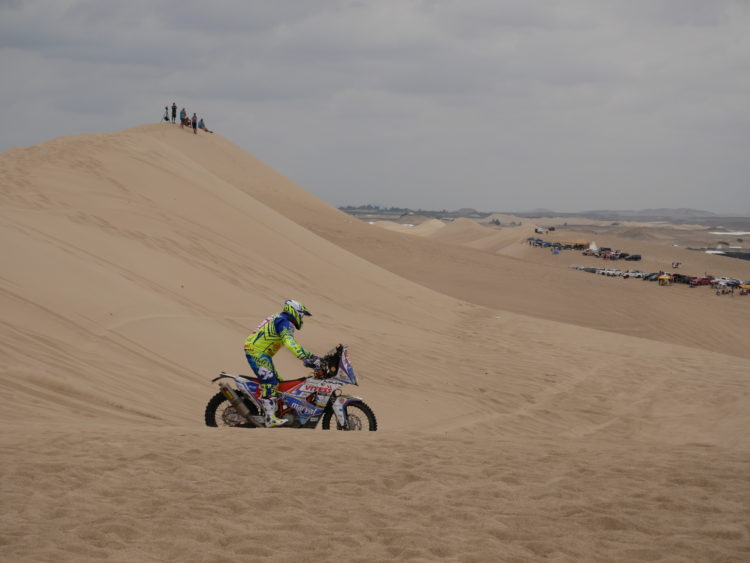 Much like alongside the road, here, people were nuts about the rally. Bringing their own tents, umbrellas and chairs, warm beer and country flags (mostly Peru and Colombia), people sat on the edge of the dune waiting for the riders to come in. The minute they hear the sound of the engine, people erupted in cheers, whistles and yells of encouragement. “Corre, Corre, correeee!”, echoed across the sand mingling with the sound of racing motorcycles. 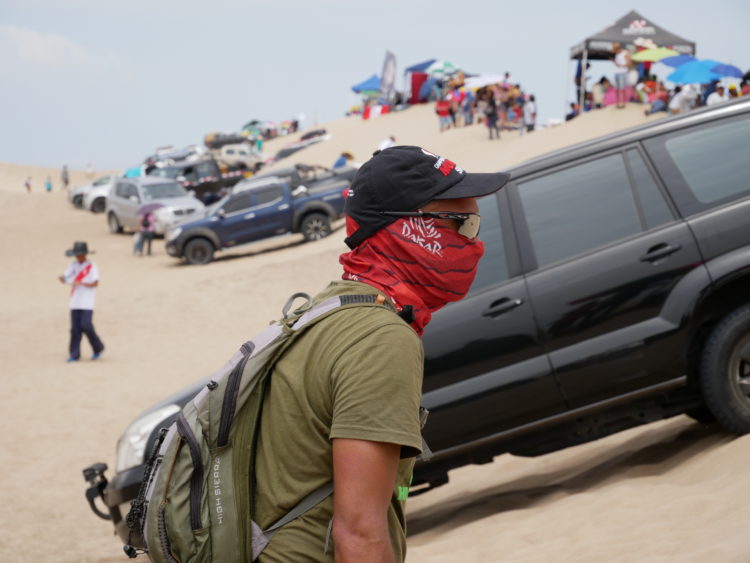 All riders finished successfully today, and most said it was an easy stage. “I actually had a lot of fun”, Sara Garcia, a malle moto rider, said after the stage.

“Today was great. But tomorrow… The thing is, cars will start first, which means the dunes will be all dug up and trashed by them, so it’ll make it much harder for us. It will be a real fight”, – Frederic Barlerin, also an Original by Motul class rider, explained.

As the sun began to set over the golden Ica dunes, I had to head back to Pisco for the night. Covered in sand, badly sunburnt, exhausted, blown away and aching all over, but insanely happy – and still on the Dakar high.

Tomorrow, I will head back to the bivouac for the start of the motorcycles, then race to Arequipa to see them at the finish line. 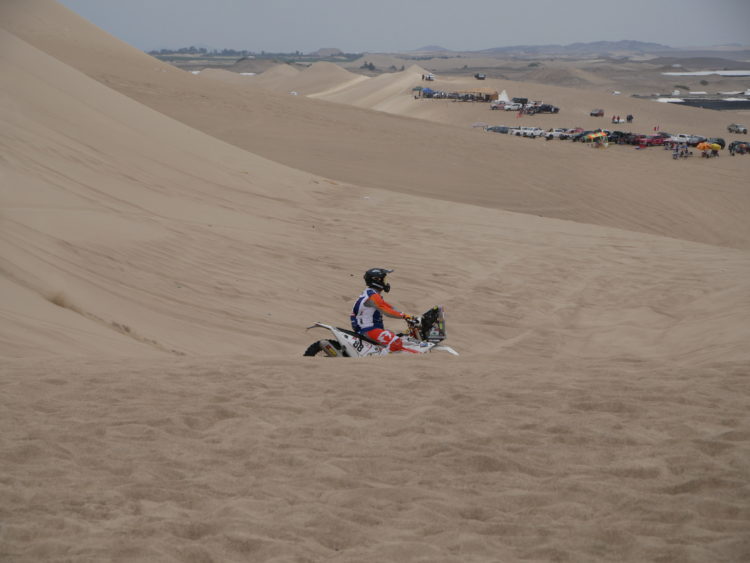 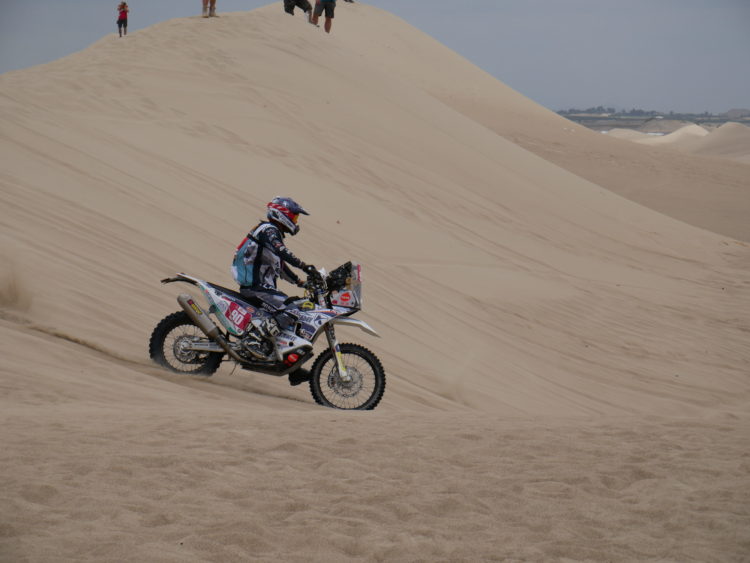 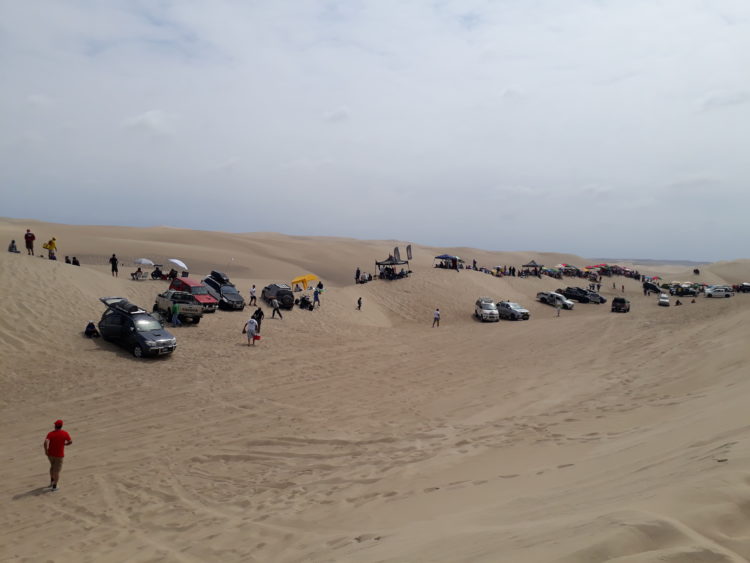 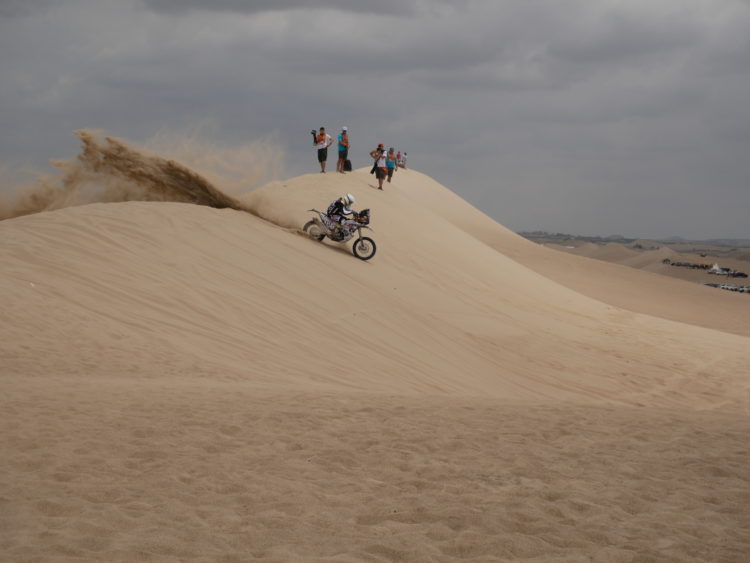 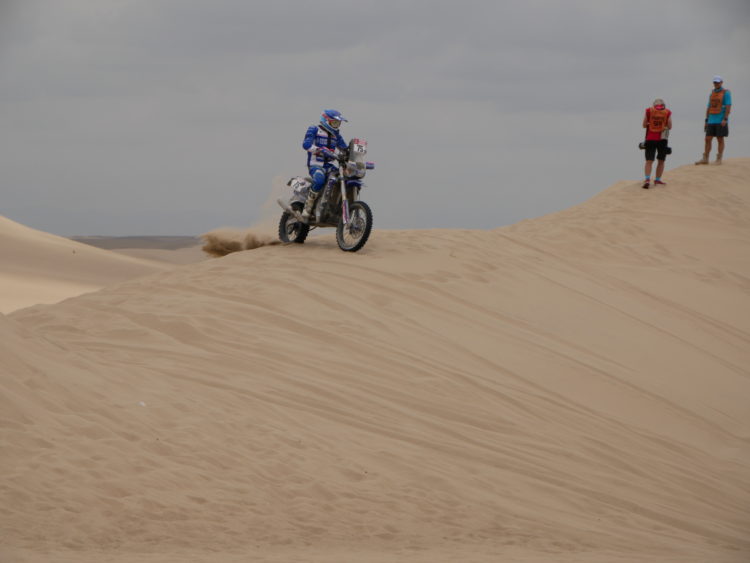 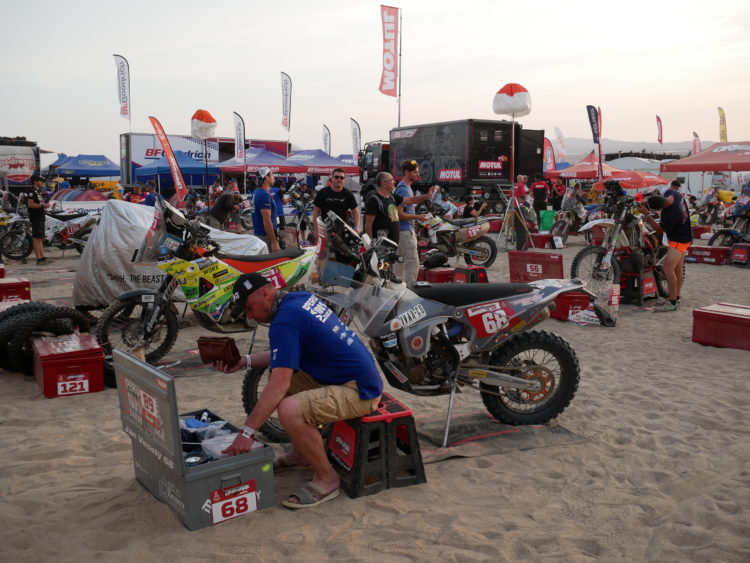