Rally Dakar 2020 kicked off today with a brutal 319km special stage from Jeddah to Al Wahj, with motorcycles starting first which meant a 3am start for some of the riders. Tricky navigation and long sections of rough terrain littered with sharp rocks proved to be a challenge for motorcycles, cars, quads, and SSVs alike. 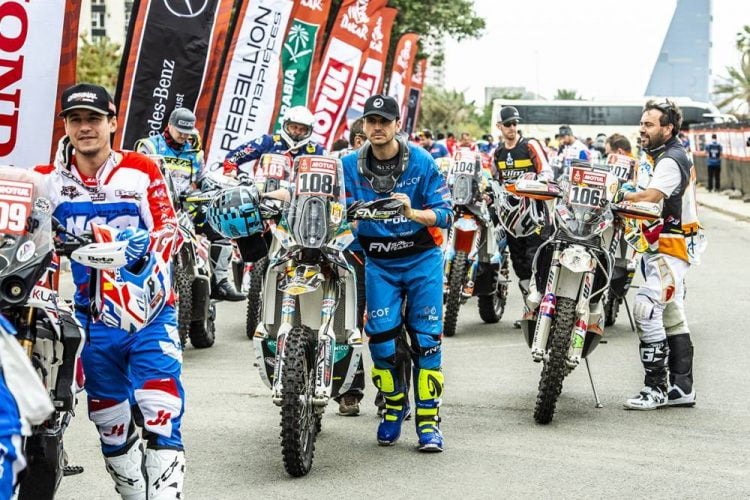 Motorcycles line up for the podium in Jeddah. Image: ASO 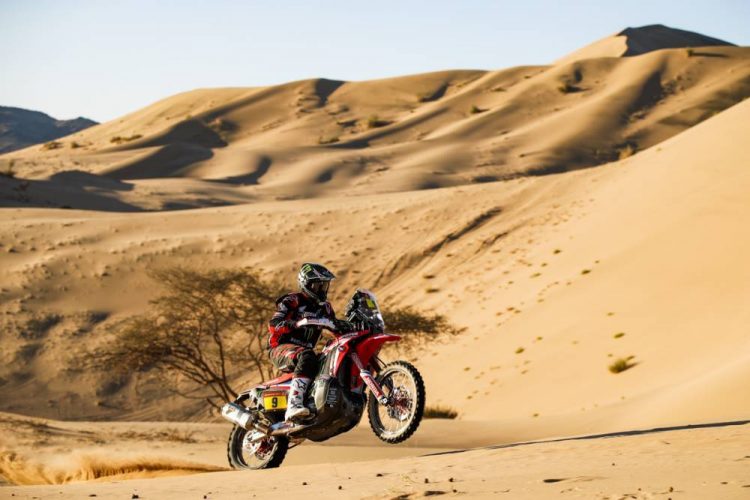 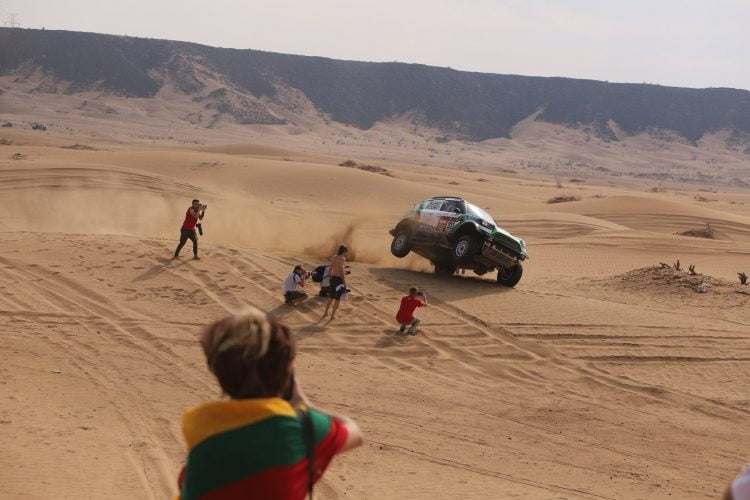 Tire punctures and destroyed wheels on the rocky sections cost several riders and car drivers precious time. Navigation during the first stage proved to be tricky, too. Toby Price has commented that his roadbook tore in half and he was forced to follow teammate Matthias Walkner for a large portion of the stage. “Something broke, it was getting the roadbook locked up, I couldn’t roll my notes around, was getting quite frustrated with that,” Price said. 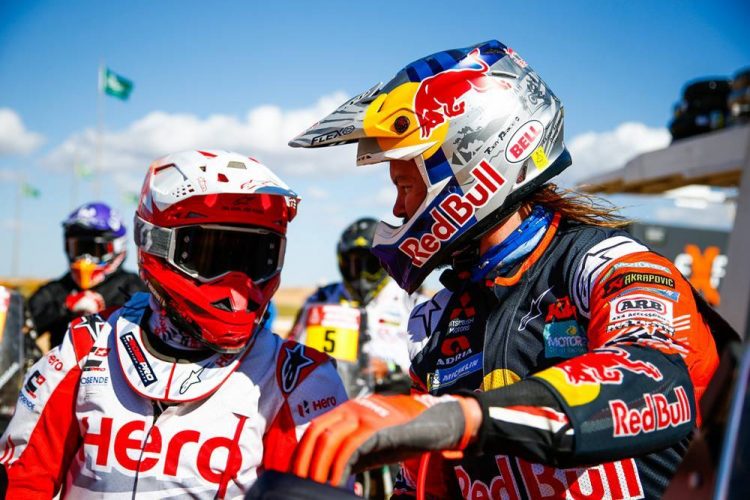 Laia Sanz who came in 20th after the first special stage released a video where she said, “the navigation was very involved, you really had to stay very focused during the whole stage”. 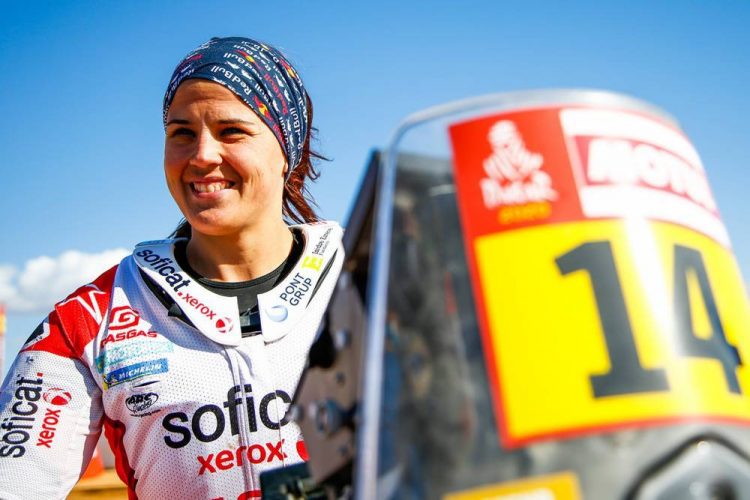 Today, the rankings in the motorcycle class are as follows:

Several Dakar racers have remarked that the vibe in Saudi Arabia is very different from that in Peru. “I guess the starkest contrast is that there are barely any spectators around. In Lima, the podium was surrounded by a huge crowd of fans. Here in Jeddah, there were barely any spectators”, Arunas Gelazninkas, a Lithuanian motorcycle pilot, commented. The podium day on January 4th included three prayer breaks, something that hasn’t been a part of the Rally Dakar start yet. 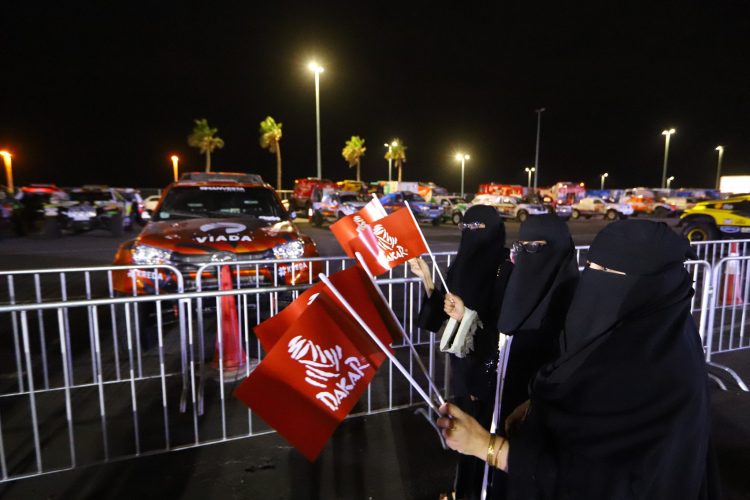 Media crews seem to be facing challenges of their own – unreliable WiFi connection and sometimes chaotic organization is making life a little more difficult this year. However, perhaps these are just a few glitches of the first day. 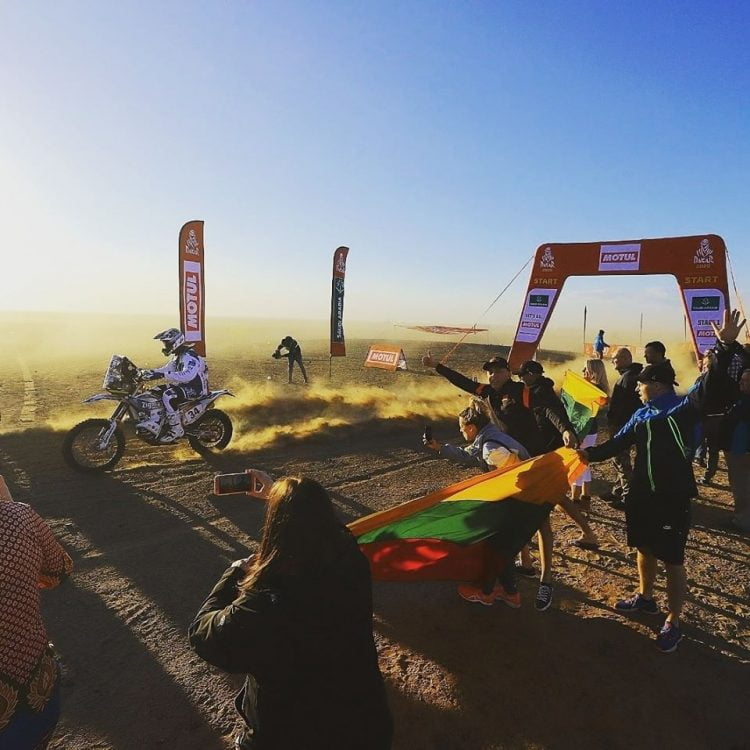