As the Dakar Stage 11 between Shubaytah and Haradh, a 365km liaison and a 379km special, closed to an end, Pablo Quintanilla took the stage win today. The Chilean went into an aggresive riding mode and has been racing after Matthias Walkner, eventually taking the win by mere nine seconds. Currently, Quintanilla is in the second position in the overall rankings.

Ricky Brabec came in 10th today, having lost time but still holding the first position in the overall. Going steady is a good strategy now that the second part of the marathon is over, and tomorrow will be the deciding day. Brabec has a lead of over thirteen minutes after today. 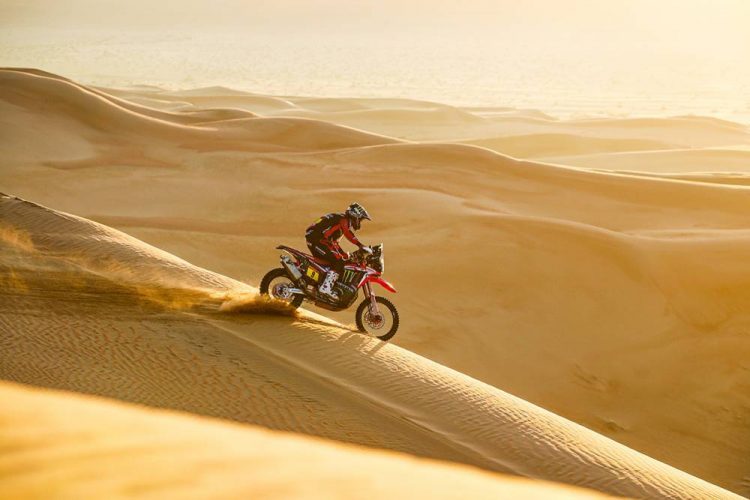 “I rode at about 70% today, just trying to preserve my body and the bike. Tomorrow is a really big day”, Brabec commented.

Toby Price seems to have made peace with the fact that he’s unlikely to win the Dakar for the third time, and had some words of support for the Honda team. “Honda is doing a good job, the riders are riding hard and they’re riding smart”, Price said.

Quintanilla or Brabec? Tomorrow will show.