Dakar 2020 Stage 5 consisted of 211 km liaison and 353 km special; the Al Ula to Ha’il route turned the results upside down again with Toby Price winning the stage and Sam Sunderland suffering a crash and having to withdraw due to shoulder and spine injuries. 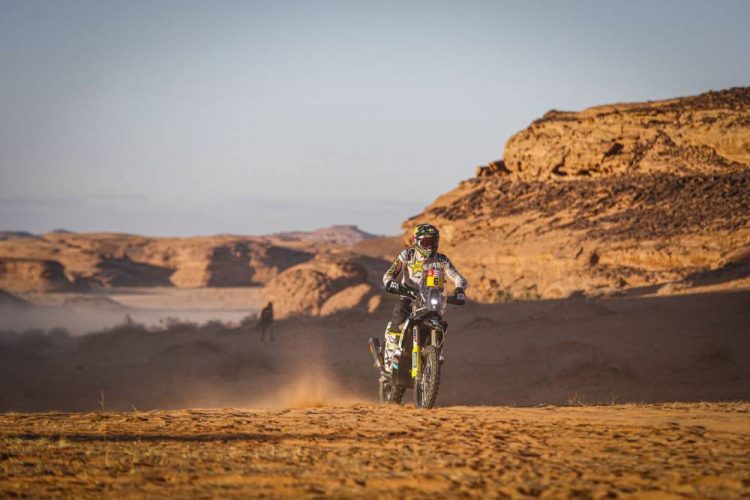 Ricky Brabec came in fourth today, still holding first place in the general rankings. Another American rider, Andrew Short, made it to the top three today. Is this Dakar going to be lucky for the US – and Honda, who now has three riders among the top five?

Stage rankings of today are as follows:

With one more stage before the rest day, riders are already feeling the fatigue. “Right now I’m just tired, and we’re not even half way yet. During the second part of the Dakar, you just become a robot”, Arunas Gelaznikas, a privateer rider, has said.

When asked about the organization and the vibe in Saudi Arabia, most riders say they’re happy with the way the rally is organized. The only difference comparing Saudi Arabia and South America, it seems, is the number of fans. Saudi locals just aren’t into Rally Dakar… yet. Perhaps the local fanbase will grow over the years, as the Dakar will remain in Saudi Arabia until 2024.