Today’s 477 km special stage and giant dunes cost several riders their Dakar. Sebastian Buhler’s engine broke, David McBride had to give up due to suspension failure, whereas Johnny Aubert fell and injured his head and ribs mere two kilometers before the finish line. 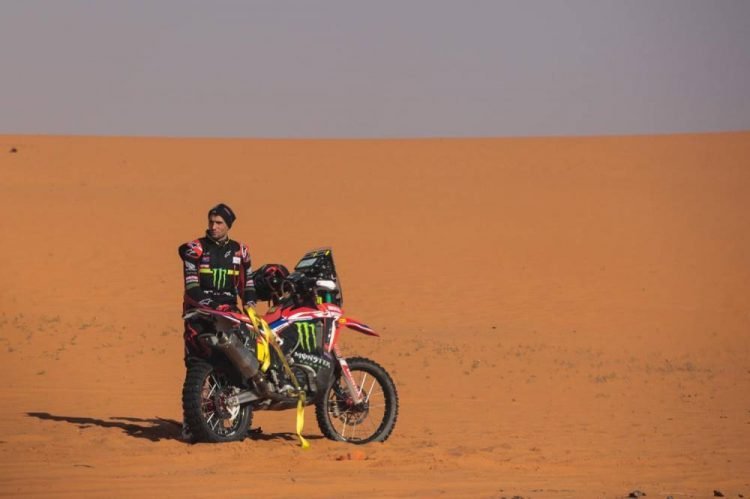 Argentinean Kevin Benavides next to his stalled bike. Image: ASO

Andrew Short finished a stage without the rear tire; Kevin Benavides lost over three hours due to bike failure, and a flat tire cost Ross Branch two hours and a half. As always, the Dakar luck is unpredictable, and as riders rest tomorrow, there’s no telling what Stage 7 will bring.