Dakar 2020 Stage 7, a 195 km liaison and a 546 special, has ended in the tragic death of Portuguese racer and Dakar legend Paulo Goncalves. The rider passed away after a crash, although all the details aren’t clear yet. A huge loss for Portugal and the entire world, Goncalves is being mourned by his fellow riders in Wadi Al-Dawasir. As a result, Stage 8 has been canceled for motorcycles and quads.

“The decease of Paulo Gonçalves during today’s stage 7 between Riyadh and Wadi Al-Dawasir has left the entire Dakar, especially the bikers, in shock. Paulo, a beloved figure of the rally, was immensely respected by both veterans and less experienced competitors who admired and were inspired by him. After meeting the riders and making a decision together with the entire motorbike family, the organizers have decided to cancel stage 8 for the motorbikes and quads category, which was supposed to take place on a loop course around Wadi Al-Dawasir, in order to give the riders time to mourn their friend.

The entire Dakar family will come together to pay tribute to Paulo at the briefing this evening”, the official statement from the rally organizers said. 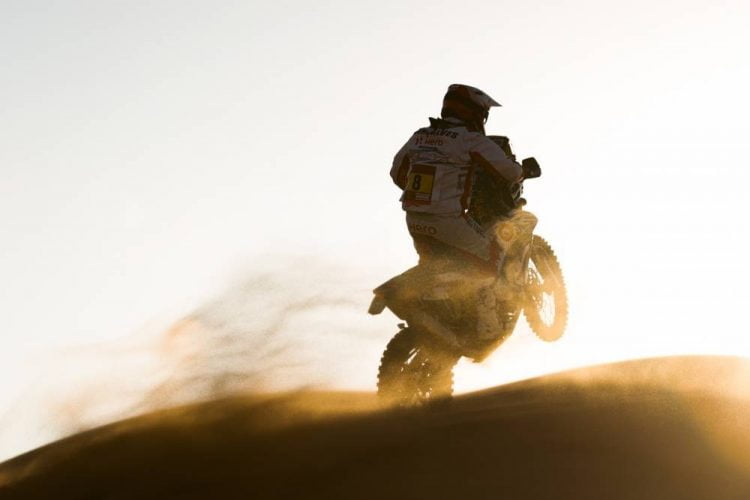