This is NOT part of the ‘perfect line or other riding myths’, or a great road in Utah 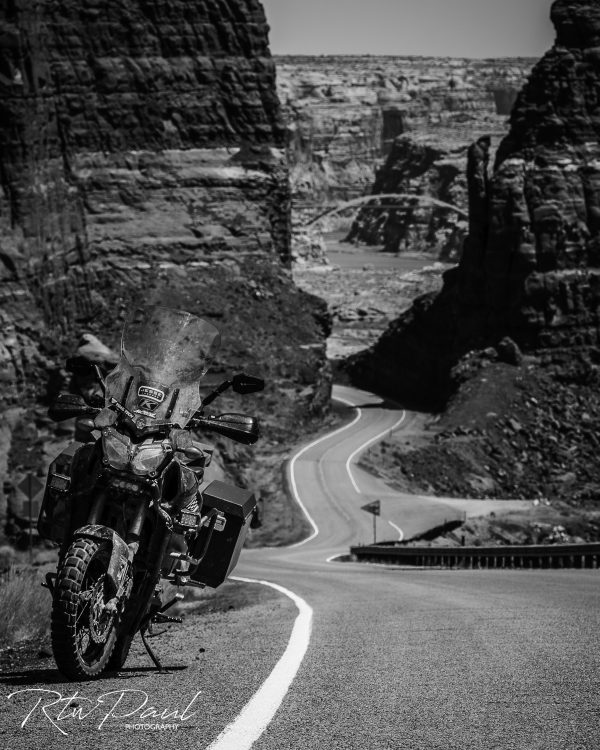 Chatting to a fellow ADV inmate a few weeks back he used the term ‘bathtub curve’ and said its something every motorcyclist should consider…especially if heading out on a long trip.

I asked him to explain, if you aren’t familiar, I’ll paraphrase…

That motorcycle sitting in your garage, all those new parts you have added to it, all that gear you bought be it for camping, cooking, relaxing, navigating etc…have a life span

Sometimes that products life is amazingly long and sadly sometimes short, a lot shorter than the manufacturer stated.

This is where the bathtub curve comes in, the inmate is a reliability engineer, and explained

‘The chance of failure is most likely in the early life of a said product or very late on. But less likely in the middle of its expected life. This is why in my humble opinion a good test ride, or mini-trip before a long one is a good idea.

This gives the curve/ failure a chance rear its ugly head if it chooses to do so.’

or Wiki explains it as

In less technical terms, in the early life of a product adhering to the bathtub curve, the failure rate is high but rapidly decreasing as defective products are identified and discarded, and early sources of potential failure such as handling and installation error are surmounted. In the mid-life of a product—generally speaking for consumer products—the failure rate is low and constant. In the late life of the product, the failure rate increases, as age and wear take their toll on the product. Many electronic consumer product life cycles strongly exhibit the bathtub curve.

Either way, it looks like this and if a long ride is in your near future, it might be something to consider 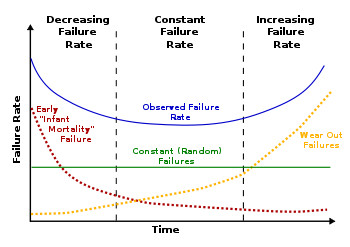 From experience what motorcycle products have you found/ used that are claimed to have a long life but rarely do and fail early on?

From experience what motorcycle products did you expect to fail early but lasted an extraordinary amount of time and you would buy again?

images me and wiki