It’s such a cliché that it’s become a truism — digital communication has upended the media industry. Television, movies, radio, newspapers, magazines — they’ve all been hammered by the ease of making and distributing digital media via the internet.

One manifestation of that is the podcast. Shake a tree these days and out will fall a podcast. Or three. They’re everywhere and new ones keep cropping up.

What’s not as common, however, are podcasts aimed at adventure riders. Maybe it’s because it’s a smaller market, maybe because people would rather ride than talk about riding, who knows?

But they do exist.

Jim and Elizabeth Martin live a semi-nomadic life (their word, not mine.) Retired, they haul their life (and bike — a BMW F 800 GS) behind a Jeep as they roam in the summer and then hunker down for the winter. They’re entrepreneurs. 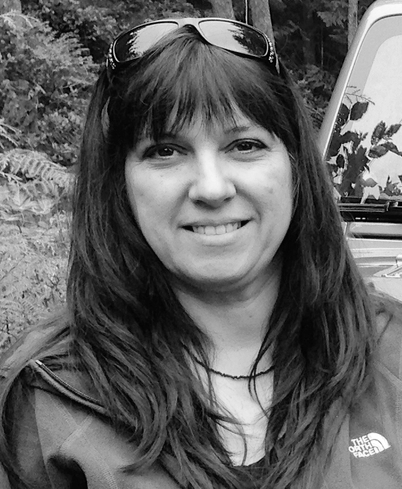 And they produce an adventure podcast called Adventure Rider Radio. They’ve been making the podcast since 2014 and they cover an amazing amount of ground. There are obvious topics, like riding skills (water crossings, slow turns, that sort of thing. And not-so obvious topics, like the counter-intuitive advice that sometimes you need to get off your bike for your own health (spoiler, its Deep Vein Thrombosis and Edema.)

Also, they produce something that sometimes feels even rarer than an adventure riding podcast — shows aimed specifically at women who ride. I tried counting how many of them there were and the page kept scrolling down. So let’s just say the total is significant, whatever the number is.

The duo also make the ARR RAW podcast (roundtable discussions about motorcycles, traveling and pretty much anything that crosses their minds) and Beyond a Shadow (a true crime pod.) Hmmm, I think they have a pretty loose definition of the word “retired.”

So if your ears are tired of music and you think you might like to try a podcast on one of your own long rides, maybe Adventure Rider Radio is the one for you.