What do you need to know about the new Panigale V4R that Ducati unwrapped at EICMA this week?

This machine is summed up by two numbers, really: weight and horsepower. 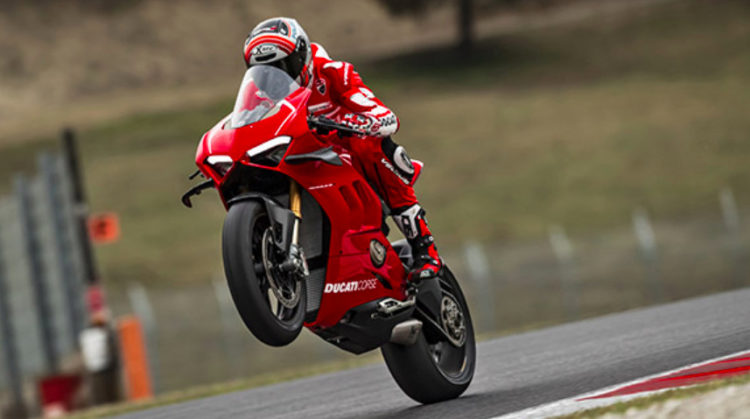 Those two numbers produce a power-to-weight ratio of 1.1 hp/kg, which is its raison d’etre: thrilling high performance. The Panigale V4R replaces the veteran 1299 twin at the top of the Ducati superbike heap.

The V4R is being called “the most powerful production bike in history.” That’s because it’s meant to go racing. As in, the WSBK World Superbike series, which is production based. 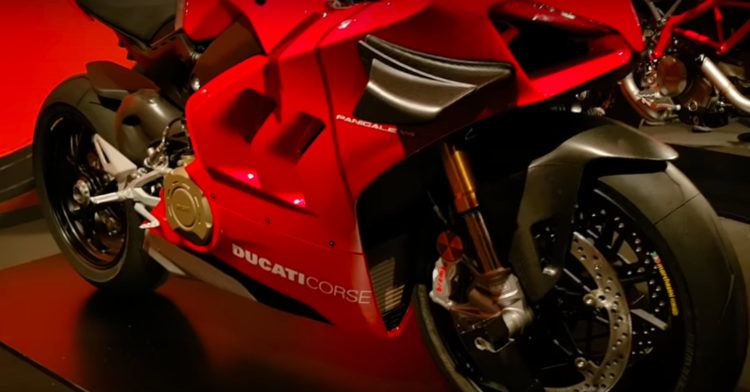 Ducati say they worked closely with their racing division, Ducati Corse, to design the V4R. The four-cylinder engine is, in many ways, a lighter, shorter-stroke version of the MotoGP Desmosedici 90-degree V4 with a new name, Stradale (that means street).

Replace the cans with a street-legal performance kit from Akrapovic and horsepower jumps to 234 hp, which just edges the new 2019 Kawasaki H2.

Winglet on the Ducati Panigale V4R — image courtesy of Moto.it

Visually, one of the first things you’ll notice is the winglets up front. Again, that’s a racing thing. They may be banned in MotoGP, but WSBK allows them and that means the V4R has them too.

The suspension is Ohlins, the brakes Brembo Stylema. 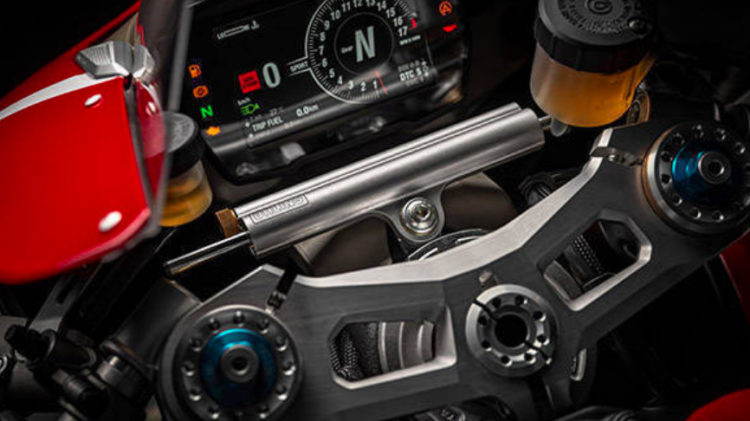 Display on the Ducati Panigale V4R — image courtesy of Ducati

We already know the price range for this road-legal racebike. WSBK rules mandate that it comes in under $45,000. Which will, uh, limit demand. But Ducati only need to build 500 of them to homologate the V4R. And with the kind of performance it promises, plus the joy of seeing your machine in a global racing series, it shouldn’t be too hard to find well-heeled buyers.