None other than the CEO of Ducati, Claudio Domenicali has said that Ducati will build a naked V-4 motorcycle.  The statement was made to a Swiss journalist from AcidMoto.ch during the recently completed Geneva auto show.

The journalist discussed a number of topics with Domenicali and then brought up the topic of a naked V-4 motorcycle in the vein of Ducati’s now discontinued Streetfighter.  The following is an excerpt of the conversation (note: this conversation was translated from French):

AcidMoto.ch: Okay. Let’s talk about the V4. The Panigale V4R wins all the votes, although we have not yet had the honor to test it. Can we hope that this engine is found on other motorcycles, a Streetfighter V4 for example?

Claudio Domenicali: Do you think that Ducati should produce such a motorcycle?

AcidMoto.ch: Yes, there is a big demand, it’s a question that often comes back to our readers.

Claudio Domenicali: Then she will be there as soon as possible!

How long before it arrives?

What “as soon as possible” means is anyone’s guess, but it’s clear that if the CEO of Ducati says there is going to be a V-4 naked bike in public, there is certainly going to be one from Ducati. 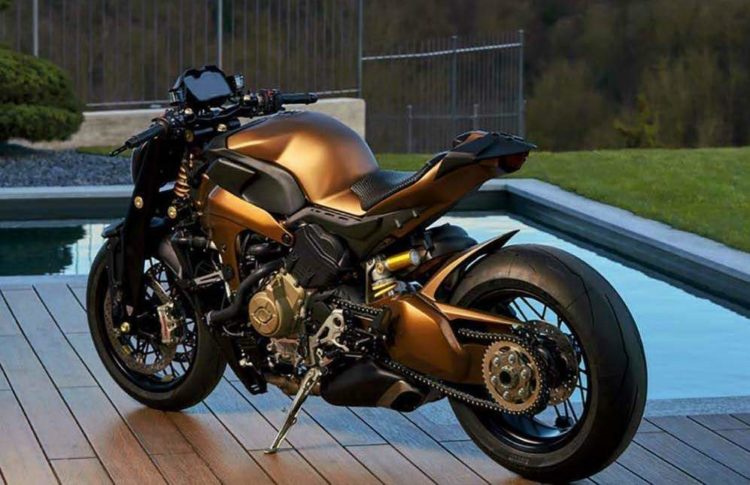 Acidmoto.ch went further and asked about smaller displacement Ducati V-4s in future.  Domenicali had this to say:

AcidMoto.ch: So it’s planned. Fantastic ! Speaking of the V4, is a development of this architecture on lower displacements envisaged?

Claudio Domenicali: No. Clearly no. The V4 engine is much more complex than the classic two-cylinder, and it is very expensive to produce. On lower engine, it would raise the price of production and motorcycles should then be sold at a price that would be too high. For this, the V4 engine will remain for the premium motorcycles of the brand.

Based on Domenicali’s statements, the upcoming Ducati naked V-4 is destined to be a powerhouse at a premium price.  It will likely be one of the most anticipated bikes of the year.

Internet rumors say the new naked V-4 may be unveiled as early as this Fall’s EICMA.  We’ll have to wait and see.