We already told you about Ducati’s 2019 sales performance.  But we didn’t mention one thing that just caught our attention.  At the very end of the company’s press release was the following statement from Ducati boss, Claudio Domenicali.

Last but not least, the Ducati Scrambler range – which saw the new 800 Dark presented at EICMA – will see the introduction of a new model in the coming months.

Well, that’s interesting.  After a lot of information about how the brand performed worldwide in 2019, at the very end, Domenicali says a new model is on the way.  And, he teased that the model is coming from the Scrambler lineup.  So what’s out there that could be introduced “in the coming months”?

Ducati introduced a couple of concept machines at this year’s EICMA.  Two concept models garnered more than their fair of attention.  Ducati’s Desert X concept, a 1100cc “Dakar-esque” scrambler model met with lots of excitement; while the Scrambler SCR met with somewhat less. 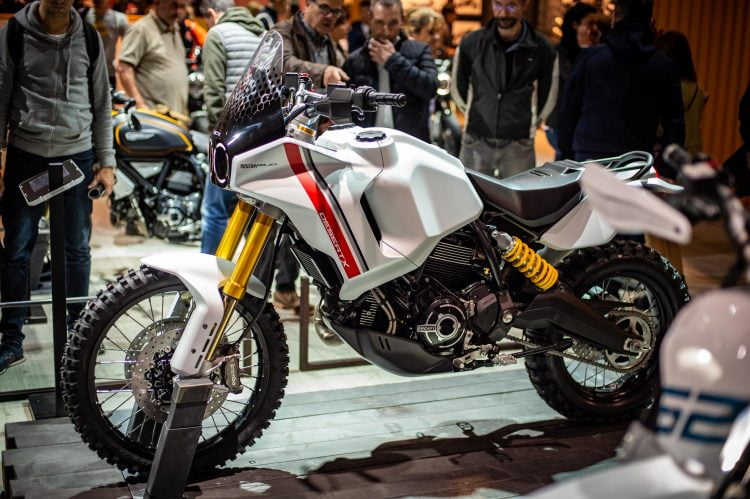 The Ducati Desert X on the stand at EICMA. Photo credit: Asphalt & Rubber

The Desert X looked more like a concept than a prototype nearing production status.  For example, it’s seat was made out of a chunk of plastic.  However, the Scrambler SCR looked like it could be ridden off the stand.  So on the face of things, it appears that the Scrambler SCR is the most production-ready of the two. 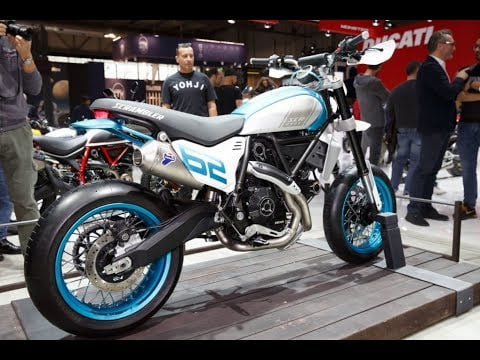 But right now, the big sales are coming from adventure-oriented models, and supermotos haven’t seen big sales numbers of late.  Therefore, could it be that Ducati really pushed hard since EICMA to get the Desert X ready for production “in the coming months”?

Although I’d like to think that some version of the Desert X is nearing production, I’d have to gamble that it’s the SCR that will make it to production first.

Check out the Mash X-Ride Classic 650

Ducati To Make An Appearance In The Matrix #4