The guys over at Electrek do a great job of finding and distributing information about many things electric.   Recently, they came up with some renderings of what an electric Ducati superbike might look like.  Each of the renderings come courtesy of Aritra Das Designs. 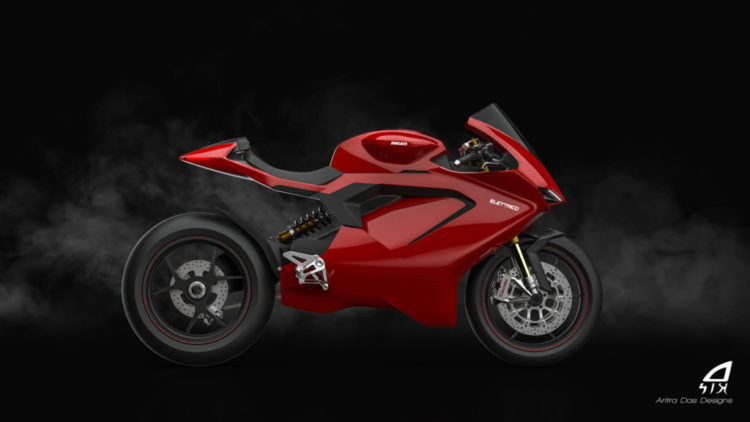 I think they are intriguing.  But the renderings are just that; renderings.  They aren’t spy shots or prototype bike models.  But if Ducati can come up with something similar in design, I’d be at the precipice of leaping into the electric motorcycle genre.

They are only renderings

I know that being lured by a rendering isn’t smart.  Concept models rarely make it production looking like they did on the display stand.  Renderings are less likely to do so.  But jeez, these renderings are quite delectable. 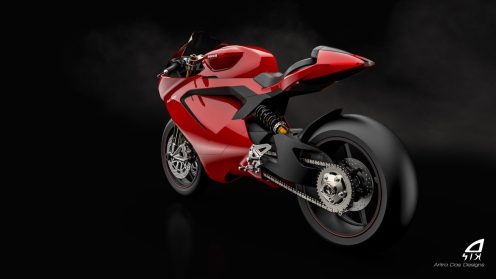 Aritra Das likely used the Ducati Panigale for inspiration.  If Ducati could make a similar machine, I’d likely be sold.  Clearly, Ducati has the artistic design chops to come up with something similar, but could they do it using a platform similar to the Panigale?

We recently let you know about how Ducati’s CEO, Claudio Domenicali seemingly backtracked on building electric bikes in two different articles.  In our first article, Domenicali seemed to think that current battery technology was not advanced enough to meet gasoline powered bikes for performance. 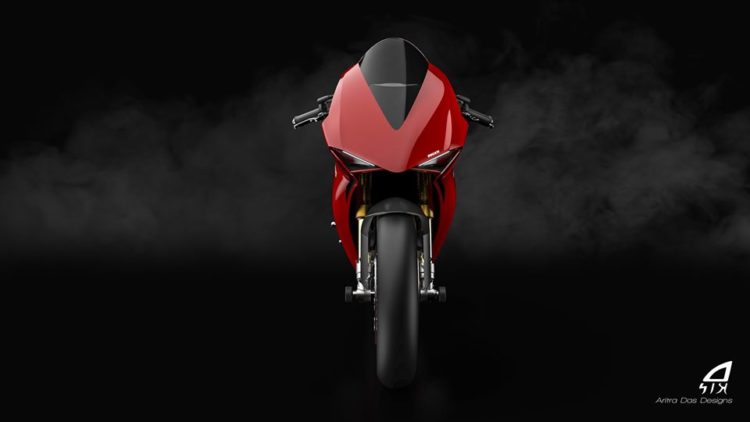 “Electric bikes are fascinating but the technology is what it is; you cannot cheat chemicals. Right now, you remove 15kg of petrol but replace it with 150kg of battery. If there is a regulation to make electric bikes in five years, we will make it, but it will be a worse bike than we can make now.”

But only a few weeks later, Domenicali had seemingly changed his mind.  In our second article,  he basically said that Ducati was not far from producing an electric motorcycle.  During a Motostudent racing event in Aragon, Spain, Domenicali told the audience:

“The future is electric, we’re not far from starting series production.” 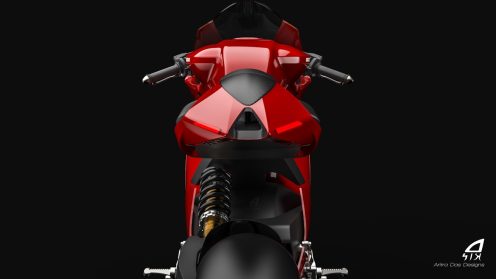 What platform would Ducati use?

So if Ducati is not far from starting series production, what form would an electric Ducati take?  Would it be their superbikes or cruisers?  Perhaps their scramblers or a new street fighter?  Would they dare make a smaller ADV bike on an electric platform?  Or, could it be a bike built in partnership with a partner that already has an existing design?

I don’t know and renderings are merely conjecture.  But I can say that if Ducati were able to come up with something with similar performance to gas engined bikes looking like the renderings, the electric motorcycle world would have one more buyer.

Would a bike such as the one pictured make you more likely to consider electric powered motorcycles?