They do not treat the bike kindly.

If you wince at the first ding in your tank or scrape on your cylinder head, what stunt riders to the Ducati Scrambler in the new Marvel “superhero” movie Venom may have you doing the scrambling — for the exit.

Nah, just kidding. You’ll love it. In fact, given that Venom is currently getting a 35 rating on Metacritic and 31% approval on Rotten Tomatoes, there’s a good chance that you’ll think the bike action is the best thing about the movie (although it’s about to break the October box office record.)

They use two machines — a customized Scrambler Full Throttle and a Scrambler 1100 Special. 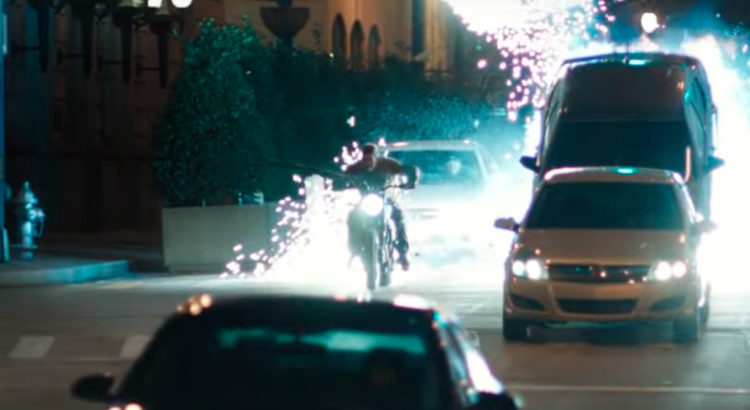 Here’s all you really need to know; the story is set in San Francisco. That’s the same San Francisco in which police lieutenant Frank Bullitt did some serious flying in a 1968 Ford Mustang 390. Those hills haven’t moved (much) over the last 50 years.

So yeah, we get to see how well the Ducati Scrambler performs as a flying machine. Also, as a hockey puck when our hero, Eddie Brock, has to “lay ‘er down.”

In fact, we can show you now, albeit in morsels rather than mouthfuls. Here are two short promotional videos Ducati has produced and put on YouTube.

First up is the bike in action.

And here’s the promo video in which they explain why they’re using the Scrambler (we’re too polite to ask if a product placement contract was involved.)