In a very difficult motorcycle market, Ducati announced a 2018 operating margin of 7%.  This is the same operating profit they made in 2017.  Additionally, for the 4th straight year in a row, they delivered over 50,000 motorcycles.

Not all good news

According to Ducati, they were able to maintain the 7% operating profit thanks to the success of models with higher margins such as the Panigale.

These announcements were made at the annual press conference held at the Audi AG (Ducati’s parent company) headquarters in Ingolstadt, Germany.

“2018 was challenging from many points of view, but we are satisfied with our financial performance throughout a difficult year.  The company is generating the resources to continue funding the development of new products which is very positive for the future.”

“Financial stability is extremely important for the company in order to support the technological development programme which Ducati is currently involved in at full speed.”

But considering Domenicali and Stein both mentioned using funds for technological development, it seems Ducati is serious about new technology.  But what could the new technology and products be?

Ducati’s Domenicali may have provided some insight.  He told an audience at the Motostudent racing event in Aragon Spain:

“The future is electric, we’re not far from starting series production.”

Interesting, “…not far from starting series production?”  That would seem to mean that Ducati definitely has an electric bike up its sleeve.

Making things even more interesting, Domenicali has been spotted riding a Hypermotard with a Zero FX powertrain in Thailand.  That doesn’t mean Ducati are ready to bring it to market, but it does show his/Ducati’s interest in electric motorcycles.  Domenicali’s statement that “we’re not far from starting series production” is a pretty open and optimistic statement. 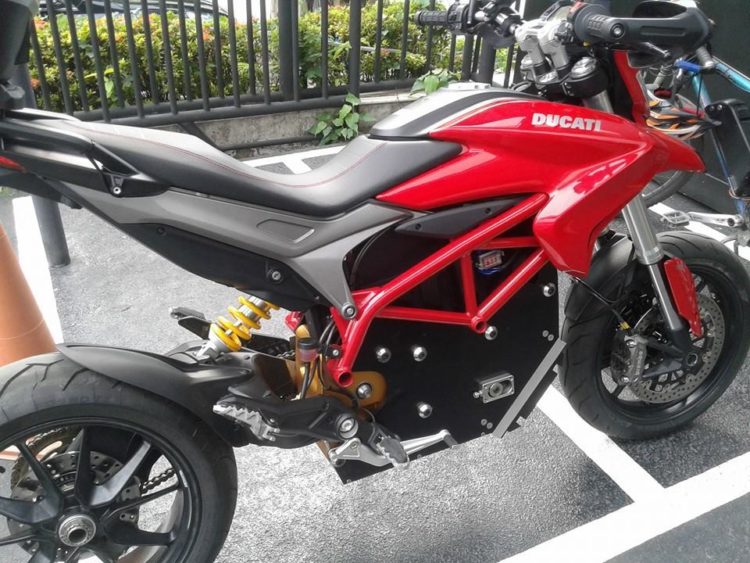 It will be interesting to see what the Italian brand’s take is on the electric motorcycle world.  We’ll provide updates as information becomes available.