Recently we told you about some spy shots of Ducati’s rumored resurrection of its Streetfighter model.  The rumors claimed that the resurrected Streetfighter would have a V4 engine. 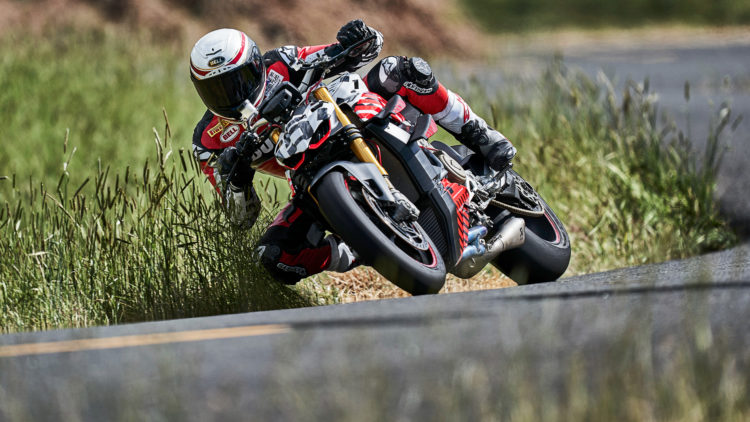 Now, it appears that the rumors have been confirmed.  Ducati is indeed bringing the bike back and it will have a V4 engine.

The V4 Streetfighter prototype will make its US debut at Pike’s Peak during the Broadmoor Pikes Peak International Hill Climb.  The new machine will have Carlin Dunne aboard for the event.

Ducati thinks that the “Race To The Clouds” will be an excellent proving ground for the new model.  Centro Stile Ducati (Ducati Style Center) designed the bike’s “pixelated” livery.  Ducati says that this prototype suggests how the bike will eventually look. 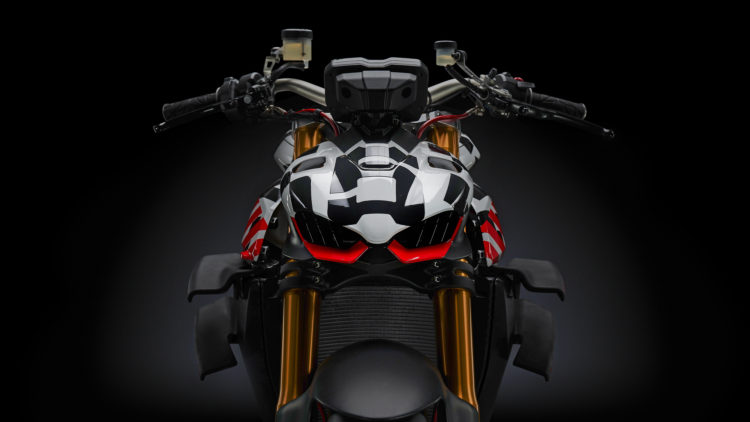 Ducati’s CEO Claudio Domenicali had this to say about the new V4 bike:

“The Streetfighter V4 will be one of the stars of the Ducati World Premiere 2020. Streetfighter V4 is the Panigale for road riding; so there was no better stage than the Broadmoor Pikes Peak International Hill Climb for what will be the highest performance Streetfighter ever put into production.”

The Panigale V4 superbike forms the basis of the new bike.  The superbike’s fairings have been removed and its handlebars replaced with a higher and wider one.  Ducati says they designed special aerodynamic profiles to retain the high performance of the 1100 cm³ Desmosedici Stradale engine.  At least 4 winglets extend from the side of the machine.

While this is the prototype, it looks production ready.