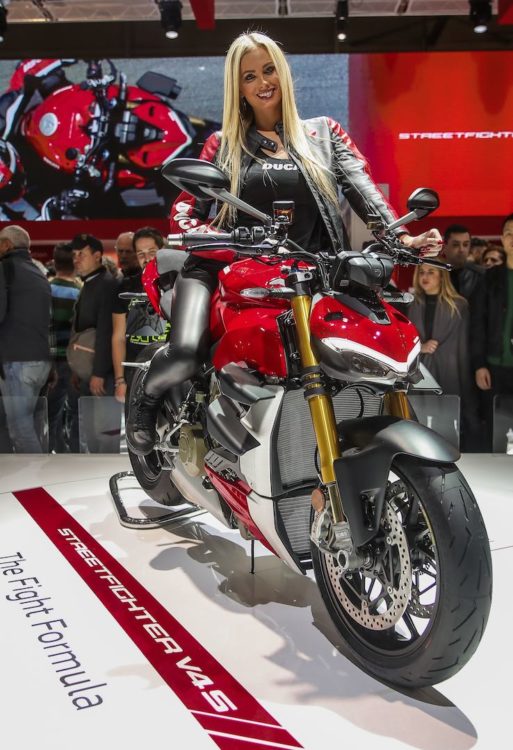 Only one non-Italian machine was a top-five vote-getter.  That machine is Honda’s new CBR1000RR-R SP.  It claimed 9.43 percent of the vote.  And, rounding out the top five was the Moto Guzzi V85TT Travel with 4.76 percent.

Over the years, Ducati has figured prominently in earning the award.  Ducati had a five-year winning streak up until last year.

MV Agusta broke Ducati’s win streak in 2018.  The MV Agusta Brutale 1000 Serie Oro was able to take the award that year.  Interestingly, it too is a naked sportbike produced in Italy.

This year’s voting marked the 15th running of the “Most Beautiful Bike Of The Show” award.  It seems that Italian manufacturers have quite a history of winning this award.  It will be interesting whether other manufacturers can up their design game and come away with a win next year.