The motorcycling community lost Carlin Dunne this year during the Pikes Peak Race To The Clouds.  And, the New York motorcycle community gathered last week to show their support for the Carlin Dunne Foundation and commemorate his legacy with a charity auction.

Ducati North America organized the event in partnership with Canoe Studios NYC which featured a silent auction as well as a display of helmets from Carlin’s racing career. 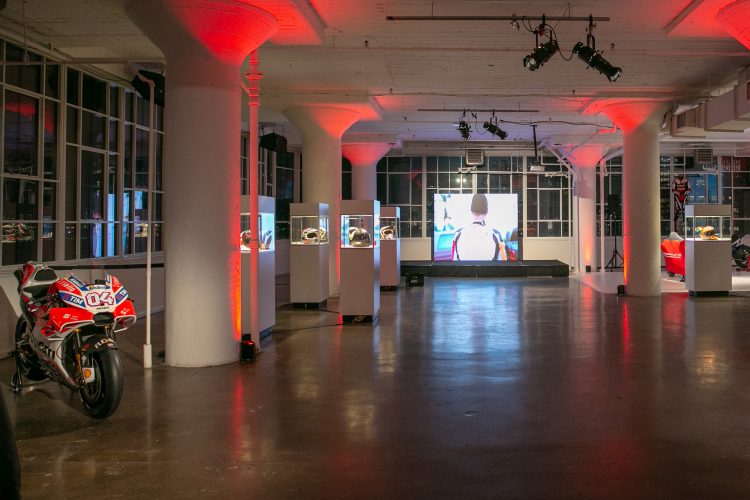 The event was held at Canoe Studios, NYC.

The auction featured unique items from partners Bell Helmets, Alpinestars, Cardo Systems, Yeti and Spider Grips.  In addition, there were several signed items donated by former World Champions Wayne Rainey, Kenny Roberts and Eddie Lawson, among others.  When the auction ended, more than $60,000 was raised for the Carlin Dunne Foundation. 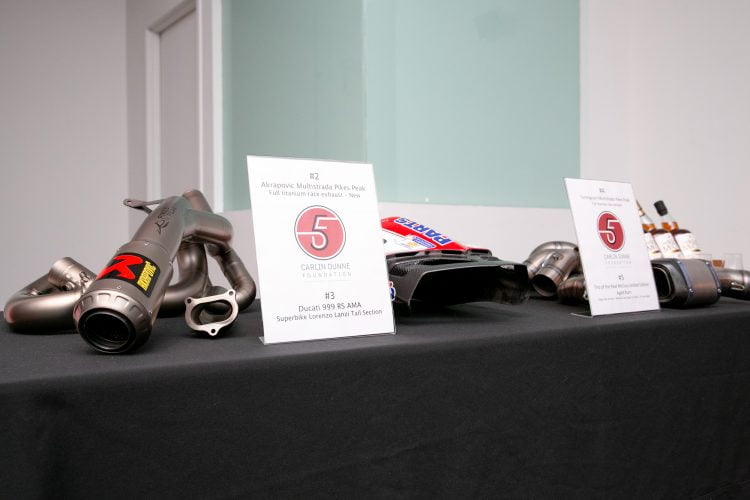 Some of the items auctioned off during the silent charity auction.

Guests were invited to share memories of Dunne during the evening of remembrance and camaraderie.  Ducati’s North America CEO Jason Chinnock provided a retrospective of Carlin’s career.

The Carlin Dunne Foundation was established this summer after the passing of Carlin at Pike’s Peak.  Proceeds from the auction of the #005 Panigale V4 916 Anniversario helped with the foundation’s creation. 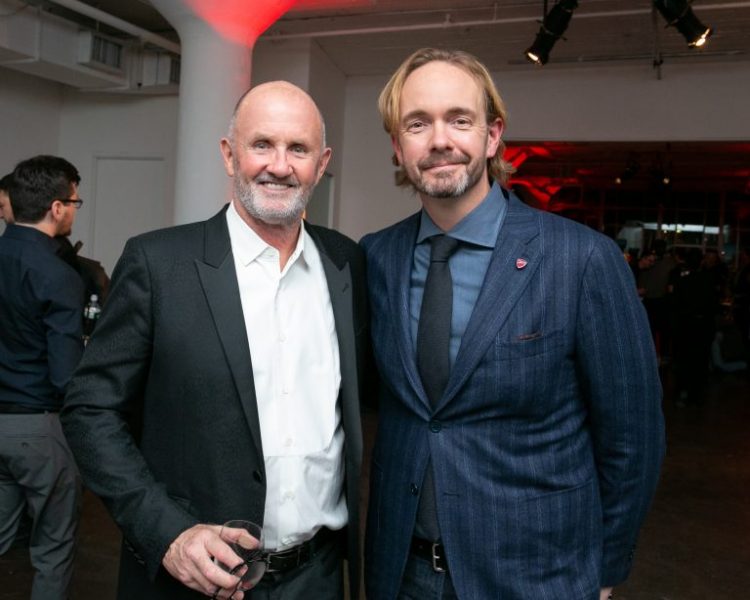 The foundation has two objectives.  First, it focuses on assisting athletes diagnosed with, or at risk for chronic traumatic encephalopathy (CTE), concussion syndrome and traumatic brain injury.  Its second focus is to provide mentorship programs for rising riders.  This focus helps develop a network focused on providing racers with the necessary tools to succeed.  It includes programs to help rookies navigate the racing business and hone their skills in the extreme sports field.

If you’d like to support the Carlin Dunne Foundation, you may donate directly here.