If you are a fan of the Matrix movie series, you know that Ducati motorcycles have had a significant presence.  In the Matrix Reloaded, Ducati 996 superbikes were the star of a chase scene with Trinity (Carrie Moss) carrying the Keymaker (Randall Duk Kim) the wrong way down a crowded freeway. 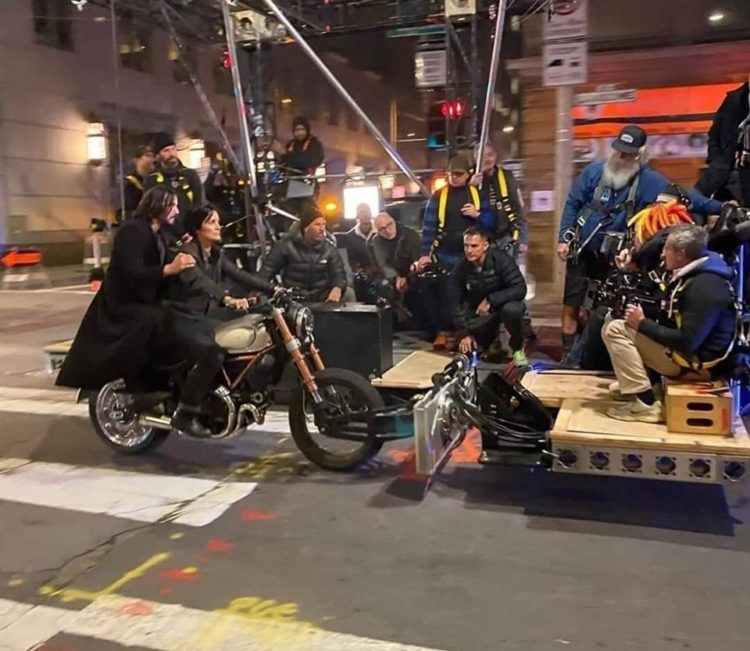 Reeves and Moss aboard a Ducati Scrambler Pro during the filming of Matrix 4.

Inexplicably, the bikes were loaded upright on an open car carrier.  Not very probable.  But there it was and it did give Trinity and the Keymaker the opportunity to make their escape in a thrilling freeway chase scene. 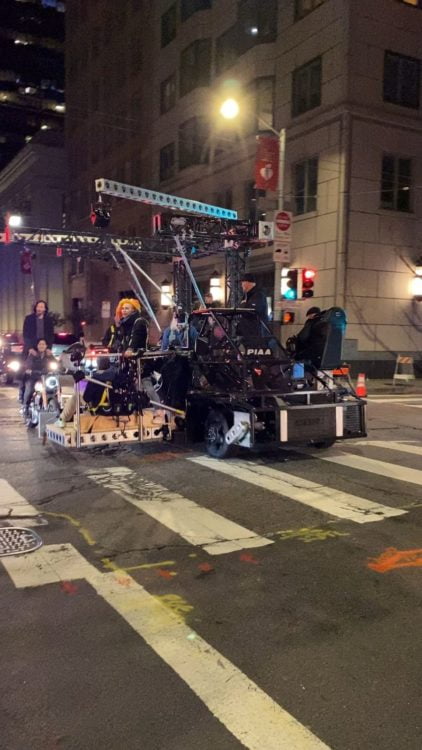 In this screengrab, Reeves is standing at the back of the Scrambler Pro while connected to a wire.

So now it seems like a Ducati will make a return in the newest of the Matrix series, Matrix 4.  Leaked photos and YouTube video show Neo (Keanu Reeves) and Trinity aboard a bike that looks like Ducati’s new Scrambler Pro.  The bike is connected to a pretty outrageous filming platform as Reeves and Moss make their way through a cityscape.

In the YouTube video, Reeves as pillion and Moss as the “driver” are seen on the Scrambler Pro moving through the city.  Interestingly, Reeves (and not Moss) is connected to a wire.  That means you can safely assume that Reeves will be doing some stunt work aboard (or off) the Scrambler.

So it seems like the Ducati brand has that certain flair that sticks with filmmakers and motorcyclists alike.  Once again, the Italian manufacturer has been welcomed to the Matrix.

Pint Sized Honda Navi Coming To The US