In a break from many manufacturer’s new model unveilings, Ducati will unveil its full 2020 model lineup ahead of EICMA.  Ducati says it will live stream the reveals at the Ducati World Premiere 2020 on October 23, 2019.  Streaming will occur online and on Ducati’s various social media channels.

What does Ducati have up its sleeve?

Many online outlets are speculating about what Ducati has up its new model sleeve.  Rumors suggest that Ducati may unveil several new models.  The Bologna-based factory has been quite busy lately working on both entirely new and updated models. 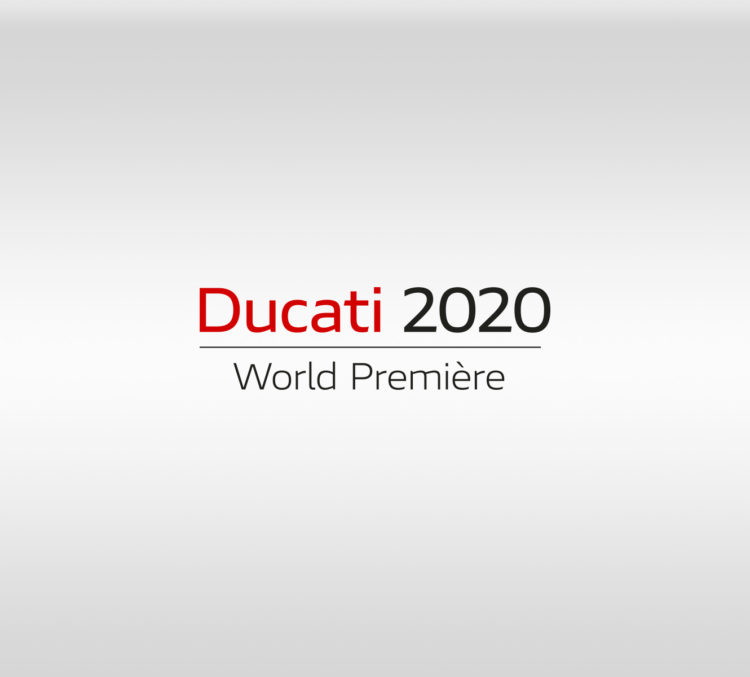 Ducati continues to try to find ways to use its new V-4 engine.  One of the most likely new models may be the resurrected Streetfighter powered by the new V-4.  There’s also conjecture that a new V-4 equipped Multistrada will make an appearance as well.

Some outlets are suggesting that a new Monster will be unveiled.  One outlet is claiming “That’s pretty clearly a Monster in Ducati’s teaser image.”  What do you think?

So now that Ducati has decided to unveil their entire model line far ahead of EICMA, will the other manufacturers follow suit?  It used to be that if a manufacturer wanted to “one-up” the competition, they’d have a single model reveal a day or two prior to EICMA.

But with the growth and impact of social media, manufacturers now have a way to spread the word about their products globally.  They no longer have to wait for a trade show.  Could Ducati’s opening salvo unveilings prior to EICMA be the beginning of a new trade war of sorts?

The end of waiting?

It will be interesting to see whether other manufacturers follow Ducati’s first shot with return barrages of unveilings.  It’s kinda’ exciting.  Could this be the beginning of the end for manufactures waiting for large motorcycle shows?

Check out the Mash X-Ride Classic 650