If you’re curious about the new Dunlop TrailMax Mission adventure tires, they’re on display on the IMS show circuit this year, with a set of them front-and-center at Dunlop’s booth at the Long Beach show.

First announced last month, the new TrailMax Mission tires are intended to be a 50/50 tires, with decent performance on-street and off-road both, while getting respectable mileage. Dunlop says testers have gotten 8,000 miles off a rear TrailMax Mission tire on an adventure bike.

One of the more interesting features on the new TrailMax Mission is a set of rugged wrap-around sidewall lugs, similar to what you’d see on mud-bogging Jeep tires. Unsurprisingly, this idea was actually borrowed from light tire truck manufacturer Falken, part of Dunlop’s corporate family. The new Dunlops borrow some ideas from the Wildview line, and Dunlop reps say these sidewall lugs make it easier for the tire to claw itself out of ruts. Dunlop also says these reduce the chance of pinch flats if you’re running low tire pressures. 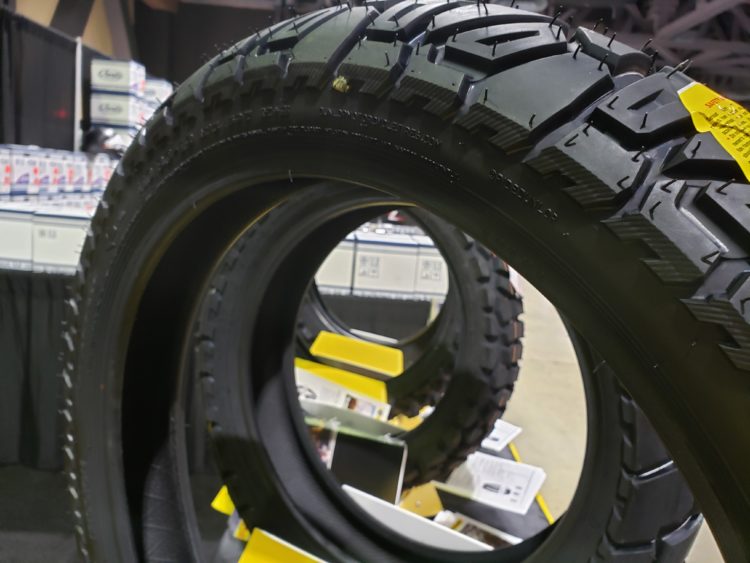 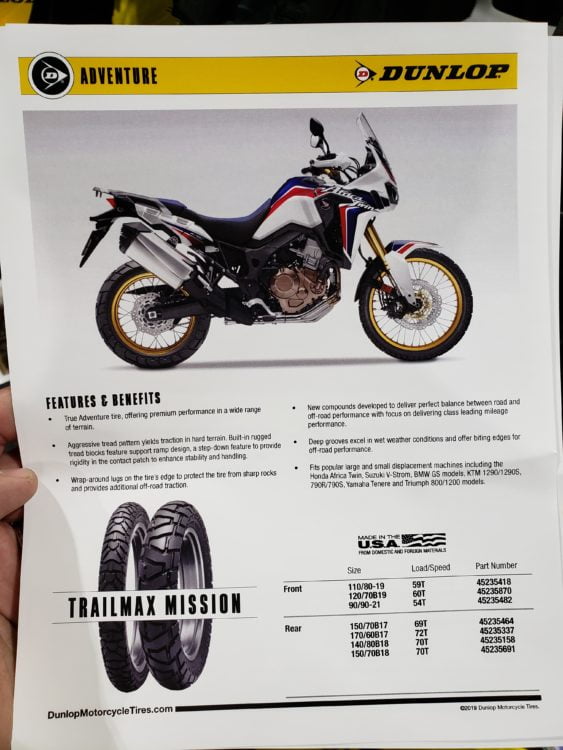 Wait a few months, and Dunlop will have scrambler-friendly sizes as well. Photo: Zac Kurylyk

As well as the new TrailMax Missions, Dunlop also had a set of 605 dual sport tires on display. These were new for 2019; they’ve been on the market a few months now, but not everyone’s seen them yet, and they haven’t appeared at all retailers. They’re very competitively priced ($37-$54 at Revzilla right now, due to a sale), and Dunlop says they’re meant to compete with value options from other manufacturers (cough cough, K270, cough cough). We’ll have a review on them at some point in the future. 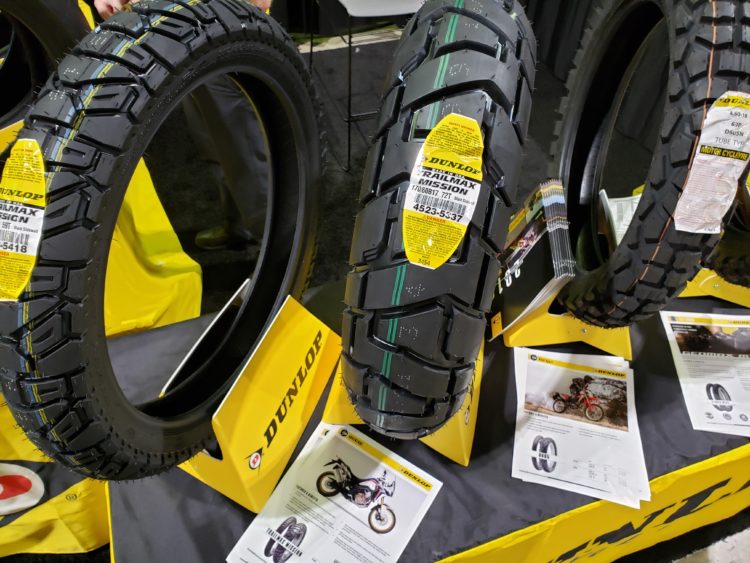 That rounded rear tire should handle asphalt nicely. Note the D605 on the right side of the shot–this tire is the new budget option from Dunlop. Photo: Zac Kurylyk