Virginia Woolf thought that “One cannot think well, love well and sleep well if one has not dined well.” Let me add another activity to that: one cannot ride well, either. 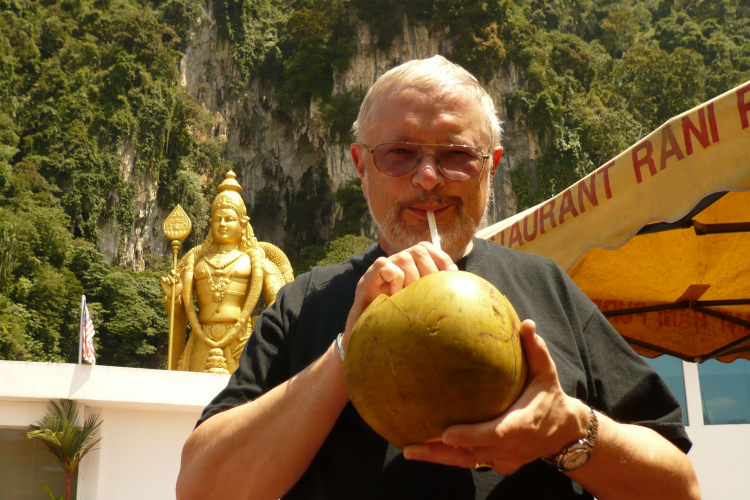 Coconut milk straight from the nut is not only refreshing but also safe to drink.

I had this brought home to me in the middle of the Sahara. Mrs Bear and I were travelling on our tried, true and trusted Yamaha XS1100, but somehow this day, the bike was becoming less trusty as we went on.

Was one of the tyres going flat? The bike seemed to be wallowing a little as we crossed the many windblown minor sand dunes that stretched across the road. Was the engine beginning to run rough? Was there a… clunking noise coming from the bottom end? What… hell, was the whole engine beginning a terminal internal collapse?

This was not an entirely unfamiliar feeling. I’d had much the same hallucinations riding with a monumental hangover after consuming far too much sangria one night, on a beach just south of Barcelona. But I certainly didn’t have a hangover now; getting hold of a drink in or outside El Golea was a trifle unlikely. A big trifle.

We stopped and lunched on tinned sardines with flat bread – just about the only food you could buy in Algeria in those days – and lo, we both felt better. All three of us felt better, I should say. The bike was back to humming happily along the rough but reassuring tar.

An empty stomach, it turned out, affects your mood to a remarkable extent. Be warned, world travellers. It’s quite likely that you’ll find yourself without provisions at some time, or facing local dishes that look so unappetising that the rumbles from your stomach are preferable to sampling them.

Don’t go hungry, eat. Something, whatever it might be. Mind you, sometimes it can be difficult to get the something you want. 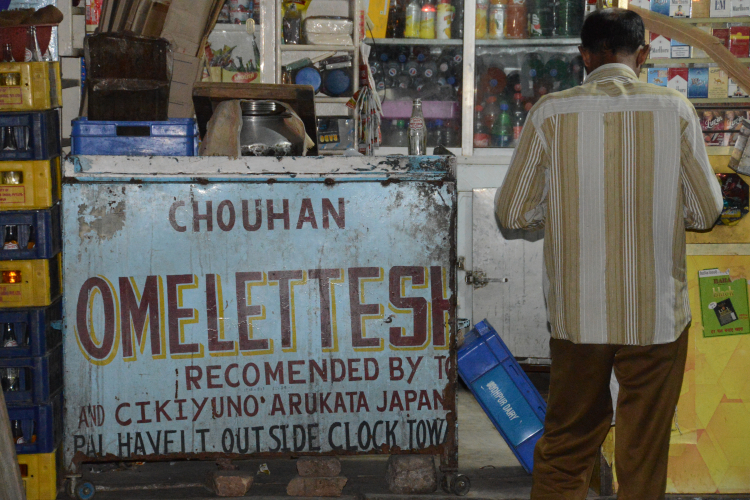 Eggs are a great standby, especially in more or less vegetarian nations. But sometimes you want a more solid diet.

Charlie and I were riding the Grand Trunk Road in northern India. Contrary to its name, this was (in the late ‘70s) a usually muddy and only sometime sealed roadway infested by all the threats that only India can provide – sacred cows, scrawny sheep, pi dogs, funeral processions, single-minded Sikh drivers in overloaded Tata trucks and more.

But what bugged us more than any of that was the reluctance of the owners of the many chai khanas (primordial McDonalds franchises) to feed us curry. We would stop at a hut constructed of cardboard and corrugated iron, be beckoned to seats of honour and order the – vetar, you have goat vindaloo?

“Goat vindaloo, very good,” he would say, and after some time he would bring us flat bread and boiled eggs. 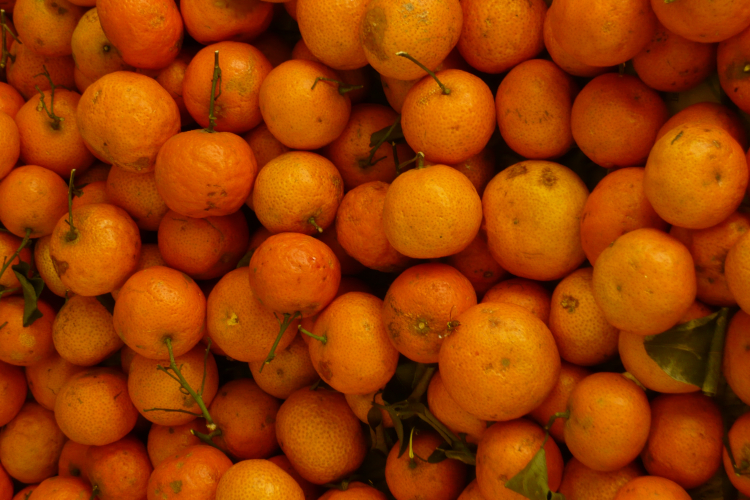 As a last resort, buy a vegetable or fruit that you can peel – that’s pretty safe anywhere.

We eventually gave up arguing about this because no Indian restaurateurs believe that Europeans can eat curry. But then we struck it lucky. We pulled in at a truck stop which consisted of a few charpoys, rope beds, and a single pot bubbling over a cow dung fire. The pot, of course, contained curry. And they had nothing else to serve us, except the ubiquitous flat bread. 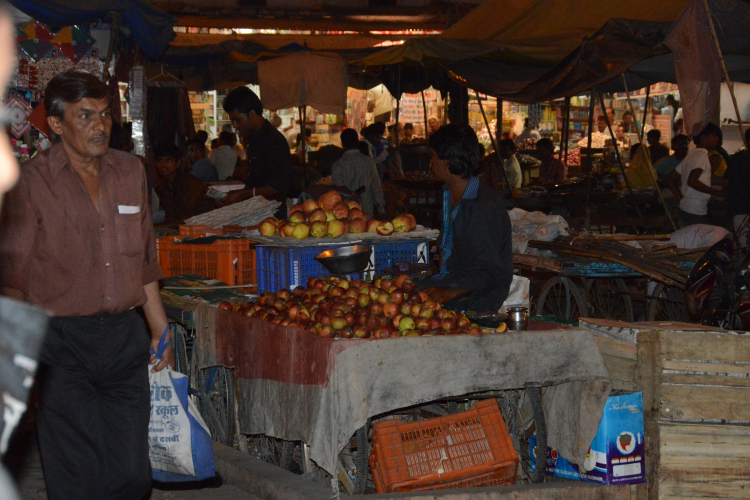 I love markets, anywhere in the world. This is where you see what ingredients look like, too.

It took a while, with us refusing to ride on despite being advised that sampling the contents of the pot would – burn! – and kill us. Finally the chef gave up and reluctantly doled out small portions, which we consumed with pleasure to rapturous applause from the entire population of a nearby village, alerted to the show. Grinning Oliver Twists, we asked for more and duly received and scoffed it, too. In truth, Indian roadside curries are no spicier than hot curries in Australian Indian restaurants.

Now we knew where to eat – wherever the cook had no option but to serve us the common, usually vegetable, curry – we ate well and with pleasure. And without boiled eggs. 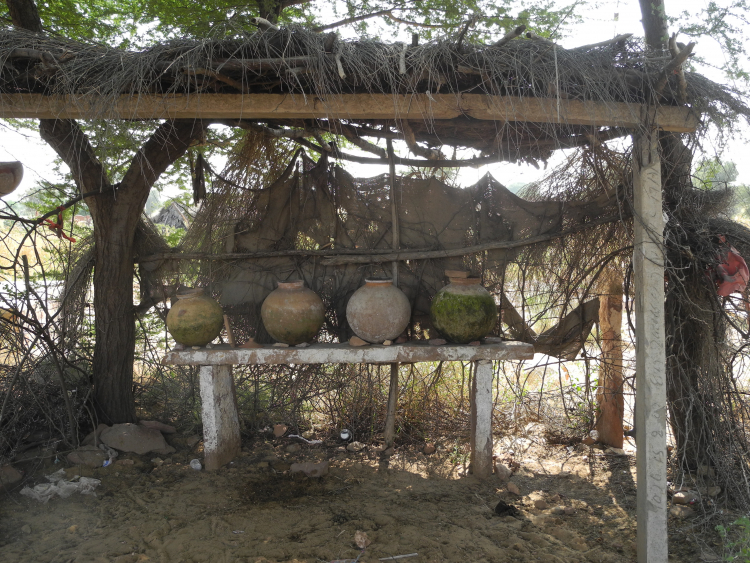 On the subject of vegetables, India holds some gustatory surprises. None is more immediately surprising than the Vegetable Preparation. It was occasionally difficult to find anywhere to buy food, but railway stations always seemed to serve up something. The presentation was similar to a TV dinner – a flat aluminium square, perhaps eight inches to the side, with hollows stamped into it. Each of these hollows held something different; the largest usually contained boiled rice and the others varied except that they were liquid or near liquid and coloured in different neon-bright tints. The surprise was that despite the varying colours and slightly varying textures, all of the ‘preparations’ were breathtakingly hot and tasted exactly the same.

“Yes, these are peas, they are green, and the orange one is carrot. This other green one is bitter melon…” – “But they all taste the same.” – “No, you are mistaken…” One of the few times I ever got anyone in India to disagree with me.

The food never disagreed with me, though, hot and odd as it might have been. My intestines were biding their time until we got to Pakistan…