We recently told you about both BMW’s and KTM’s decision to not attend EICMA (or INTERMOT) this November.  With those two major manufacturers out of the picture, there are questions as to which manufacturer(s) will be next.

But EICMA Director Paulo Magri thinks that EICMA will go on.  When asked about BMW’s and KTM’s decision, Magri said:

It’s a legitimate decision that we wespect, but we think it’s still premature.  This is certainly a very complex and dynamic moment that requires cohesion and great attention toward the desires of the two-wheel industry and its supply chain.  For this reason, we are already dealing with all the major national and international manufacturers to try to evaluate all possible solutions, also in consideration of the constant evolution of the health crisis for the conduct of our event.  To date, EICMA is confirmed, both for this year and for the next, on the usual dates of November.

Well, that’s a bit squishy.  It sounds like the dates have already been selected.  But whether the show will be on this year is a bit unclear.  EICMA management is evaluating “all possible solutions,” while “considering the constant evolution of the health crisis.”  That statement seems to be more than a little open-ended.

And while Magri voices his thoughts that the show will go on, it appears that there may have been some tension between management.   After approving EICMA’s best ever 2019 financial statements, the entire Board of directors resigned before the end of their terms.  The Board had consisted of Directors Corrado Capelli, Vito Cichetti, Alfio Morene, and Giovanni Castiglioni.

“…renounce to his assignment before the deadline to allow with a spirit of service and responsibility, the new leaders of the sole shareholder Confidustria ANCMA (National Assocaition of Motorcycle Cycle Accessories) to operate according to their intentions, with the hoped that also with the new strategic line, the value of the exhibition event should be perserved.” 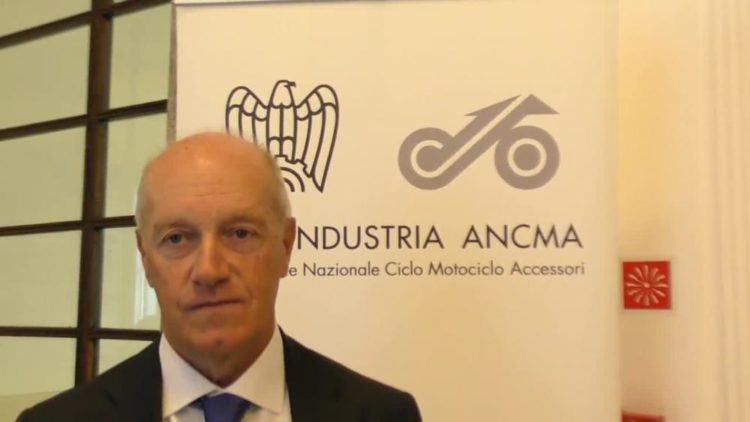 The head of ANCMA Paolo Magri is responsible for EICMA. Could a fallout between him and the board of directors be the reason for the board’s en-masse departure?

Board of Directors speak

About their departure, the Board of Directors had this to say:

“…decision taken with extreme regret and with equal sacrifice, and the outcome of the insistence and repeated pressure exerted by the new leaders of Confindustri ANCMA, because never as in this traumatic and difficult moment that is taking place at the international level and with the profound uncertainties weighing on the future, we would have like to continue fulfilling our duties, in order to keep the helm of EICMA firmly established with the same spirit of responsibility, assuming yes, once again, the burdens, but also guaranteeing the continuity that as entrepreneurs we consider the indispensable in order not be be overwhelmed by events, especially in phases so excited and critical worldwide.  Unfortunately, we see the impossibility of continuing.

Wow, that’s a mouthful.  While it’s not clear, the tone of the message shows that the Board was not happy with the direction of Confindustria ANCMA.  So much so that the Board resigned in total.  What effect this will have on the show’s outcome is also not clear.

But for now, if you believe Magri, the show must go on!

Knowing Where You And Other Riders Are