There’s a new kid in the electric motorcycle town.  Well, that is if you live in Bangalore, India.  But the new kid is bringing a toy claimed to be precedent-setting.  Not only in India but perhaps the world.  The new kid’s name is Emflux.

If you haven’t heard of Emflux previously, that’s ok because they are not part of a large corporate conglomerate.  Emflux is literally a two-year-old very small startup with just 21 employees.

But they have a working prototype that they have allowed at least one media member to sample on the street.  The prototype is called the One.

It’s a sportbike based machine that looks a bit like the KTM RC-8.  It hosts a variety of high-end components.   With Ohlins suspension, Brembo brakes, single-sided swingarm, LED lighting, ABS and traction control, the One is equipped with some high-level components. 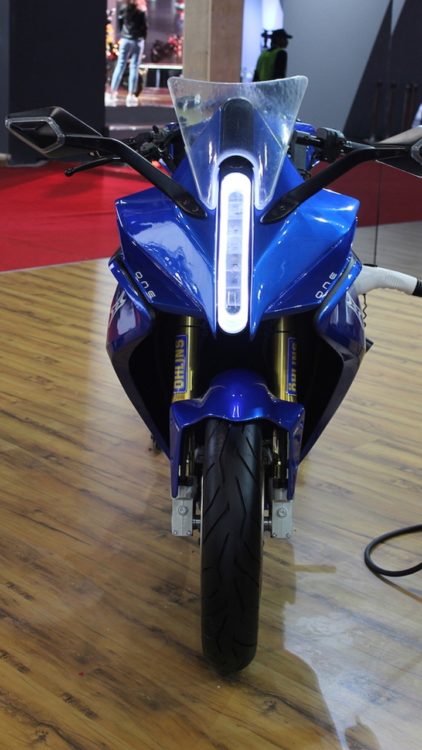 Emflux makes some very bold claims about its performance.  0 – 100 kph (62 mph) is claimed to take just 3 seconds.  Top speed is claimed to be 200 kph in prototype form.

The current motor configuration puts out a claimed 71 HP and 62 lb-ft of torque from the first twist of the throttle.   Emflux says this performance is 40% of the production version once it becomes available.

Weight for the production version is expected to be approximately 169 kg (372 pounds).  Range from a full charged is claimed to be 200 kilometers (124 miles).  In addition, Emflux says that the bike will take an 80% charge in just 36 minutes. 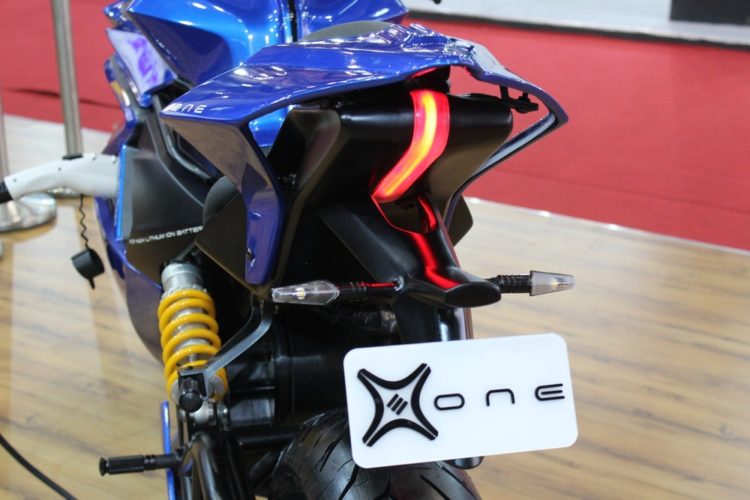 Even more interesting is the expected price for the machine.  The One will retail for around six lakh rupees (around $9,000).  That’s pretty short money if the production machine is able to achieve its claimed performance and retain its current components.

We’ll keep tabs on Emflux and provide you with updates as they arise.