They’re heavy. They have limited range. And the manufacturer can’t keep up with demand.

Want more contradictions? They’re marketing one of the machines as a mix of virtue and wickedness. Their hashtag is #MyElectricSin.

The virtue is that this bike is eco-friendly electric. The sin is that it’s a “streetfighter.” 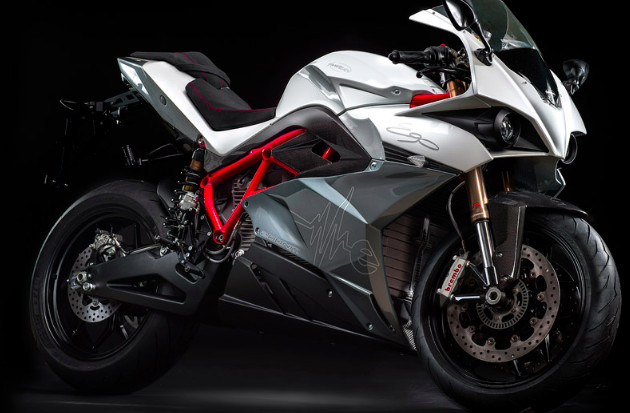 What is it? Italy’s first-ever all-electric motorcycle, the Energica Ego (and its track-racing cousin, the Ego Corsa) and the streetfighter Eva.

If you got lost in the numbers, here’s a recap: massive torque from the second you twist your wrist. That’s the beauty of electric motors.

There’s no clutch or transmission. Just keep turning that throttle until you hit the governed maximum top speed of 150 mph (240 kph.) There is a “neutral” throttle position that falls between accelerating and power-regenerating slowing down — it’s a coasting mode, basically. Regenerative braking comes from Brembo with a Bosch ABS system. There’s also a PARK ASSISTANT mode that modulates torque for low-speed maneuvering. It includes a reverse function.

Energica is owned by CRP Group, a conglomerate focused on precision CNC milling and 3D printing — in other words, high tech production that’s found in top-shelf applications like Formula 1 race cars. That level of detail and quality work has made its way into the design and manufacture of the Ego as well.

But as we all know, while electric can be eco-friendly (if you can get around the issues with the manufacturing and disposal of the batteries) it comes with a penalty. 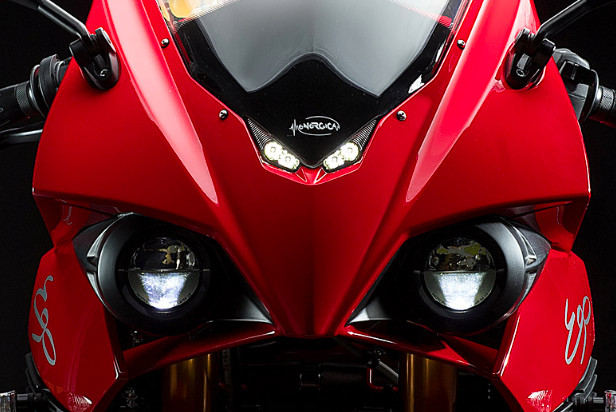 Front view of the Energica Ego — photo courtesy of Energica

A third is how long it takes to recharge the battery. A fast charging station in Mode 4 can get it to 85% capacity in 30 minutes. Mode 3 will get it to 100% in 3 1/2 hours. If you plug it into an ordinary electrical socket at home in the US, at 110 volts it takes 8 hours to come to full capacity. The battery has 1200 cycles of life when charged to 80%. 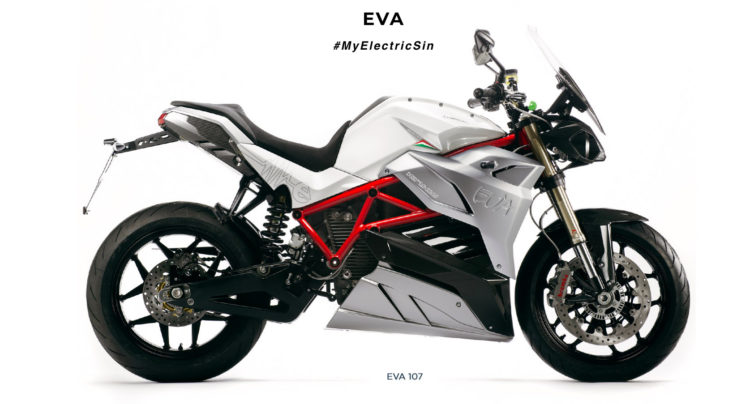 Energica doesn’t list their prices online. But they’re steep. We found a 2017 Ego on Cycletrader and the asking price was $22,350. A 2014 CNET review of the Ego said the retail back then was $34,000, but we must stress that we don’t know if the price has changed since then.

The Ego was on display at INTERMOT and if you want to see more, here’s a report from India’s Powerdrift.