I have commissioned a patch for the back of my motorcycle jacket from the embroidery stand at our local mall. In that by-now traditional swirly typeface that tattoo parlours use but I can never find in font catalogues, but which the woman at the stand knew immediately I began to describe it, it will say “I’m with Hugh Everett”. She said, “Every biker wants that lettering, but usually they want to say ‘Death before Courtesy’ or something like that.”

I insisted on my message, and she promised to produce something that would look great on the back of my jacket without attracting the wrath of the Hells Angels who police patches around my way with commendable and vicious vigilance. “I will make it only black and white,” said the embroidery woman, “and no picture. Especially no skull. Maybe a flower?”

With expertise like this on hand it’s no wonder that the mall is prospering; after all, its customers are surviving.

I demurred on the suggestion of a flower and the embroidery woman didn’t question my choice of slogan. She is from Cambodia and has learned that there are better ways to spend your time than asking people for answers to questions that will make no difference to your life.

As for Hugh Everett, my loyalty does not arise from the idea for which he is famous. The idea in question is the Many Worlds Theory of quantum physics, which sounds absolutely bonkers until you try to instead get your head around the Copenhagen version of quantum theory, which makes even less sense and requires a dedicated PhD to even get to the point where you can seriously say “this is crap, isn’t it?” 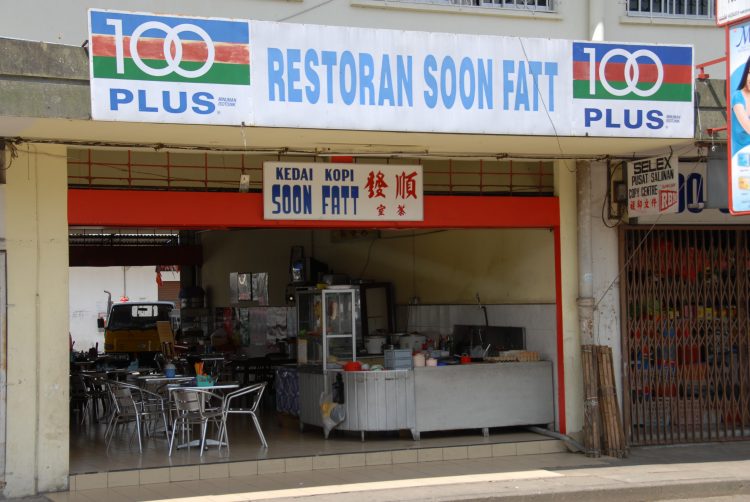 Never mind the name. If it tastes good, eat it.

What I’m on about is that Hugh Everett died aged 51, of a sudden heart attack. He had not lived a healthy lifestyle, over-indulging in eating, smoking and drinking. His son Mark Oliver Everett (who would go on to form the band Eels) has said that he was originally upset with his father for not taking better care of himself. He later changed his mind:

“I realise that there is a certain value in my father’s way of life. He ate, smoked and drank as he pleased, and one day he just suddenly and quickly died. Given some of the other choices I’d witnessed, it turns out that enjoying yourself and then dying quickly is not such a hard way to go.” 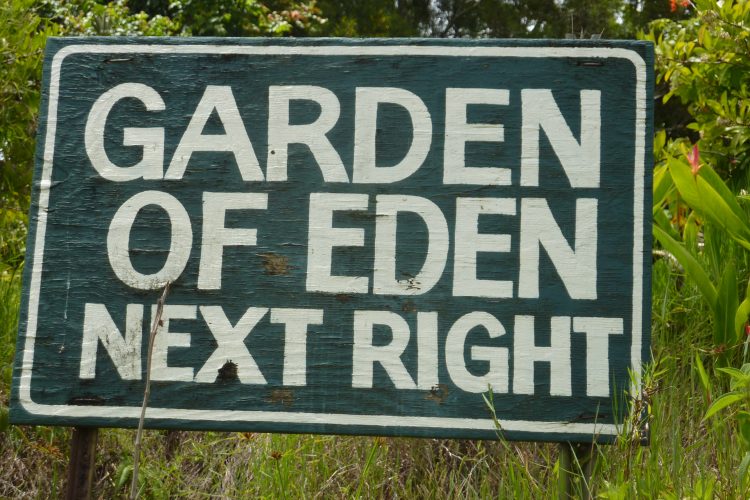 You never realised that it would be this easy, right?

Like father, like son. Hugh may have come up with the most staggering breakthrough in many years of physics theory, but Mark Oliver did at least as well in lifestyle studies. The person missing from this is, of course, Mrs Everett. I would pay good money to hear her version of her husband’s life and death. Or maybe not.

How do we get back from quantum physics to motorcycling? Very simple indeed. Quantum physics, or at least the Copenhagen interpretation, suggests that nothing is determined until it is observed. If that isn’t a convincing description of everyday traffic, I don’t know what is. What is that light blue Volvo going to do? Will it stop for the orange light? Where will the grocery delivery van swerve to in this complicated traffic web? Will the tram lines cope with my turning moment or will my motorcycle fall over on the wet tramlines right in the path of that nondescript white van? 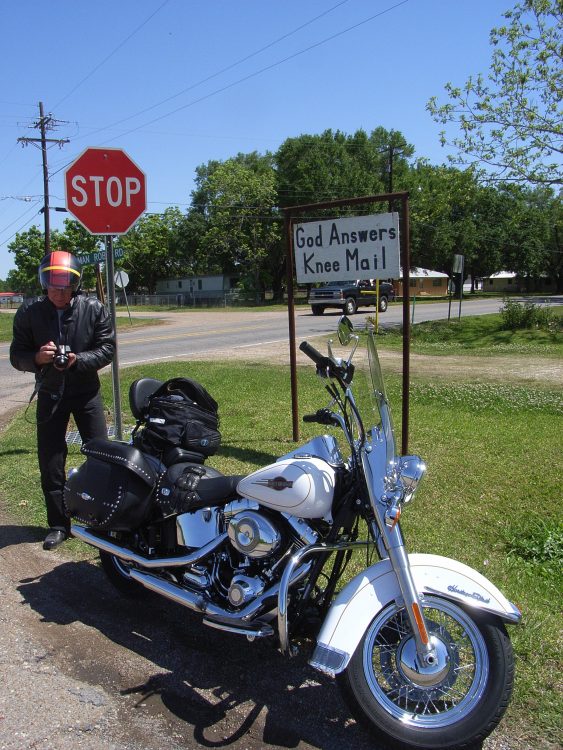 Who knows what the Good Lord actually wants us to be doing? Riding around on Harleys, quite likely.

An acquaintance of mine once dropped his R series BMW in the path of a tram, which rode up on the fallen bike and was derailed. He was unhurt. How likely was that?

It is reassuring to think that in several worlds I will emerge alive from the traffic crush that seems to be dedicated to nothing more than my extinction by B Double, or failing that by tram. Do I end up a rusty red smear on the tarmac or do I ride away and give the tangle behind me the finger?

Think about it. You can’t actually do anything much wrong on the road because some version of you will survive to live long and prosper. Of course it also means that other versions of you will suffer ignominious removal from this vale of tears, and unfortunately you can’t determine which version of you will be the one that your particular consciousness will inhabit. 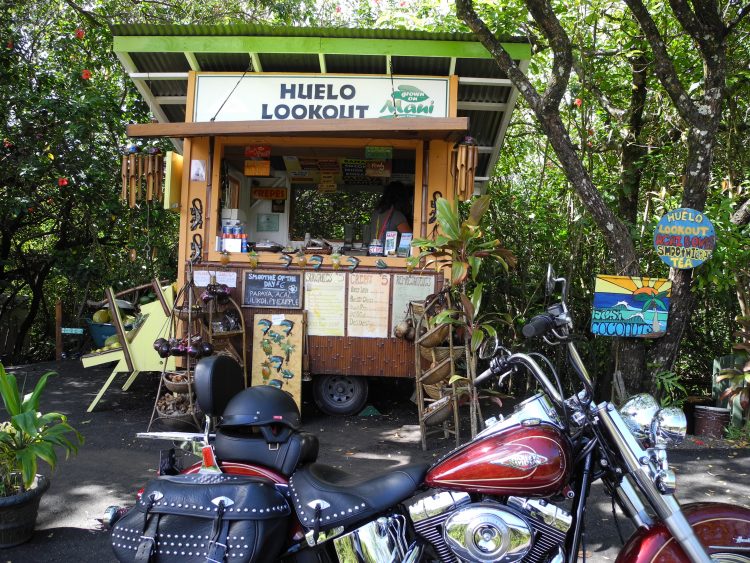 The good life all depends on where you are, both in place and time. Here I’m in Hawaii and the good life is right there.

If you’re as clever as I suspect you are, you will have realised that this all amounts to pretty much nothing. It’s interesting to think about, but don’t think about it while you’re coping with real, everyday traffic because it will not help. But hey, let’s face it. It’s more interesting to consider these kinds of questions than it is to come up with new pejorative descriptions of other members of the traffic jam.

What’s that song… “Enjoy yourself, it’s later than you think… / Next year for sure, you’ll see the world, you’ll really get around / But how far can you travel when you’re six feet underground?”