Times are changing for motorcyclists.  One thing that is changing very rapidly is the public’s perception of motorcycles and the noise they make.  Europe is in the midst of an anti-moto noise revolution with many federal and local governments discussing and issuing new regulations.  Some not only curb moto noise, but others prohibit motos all together.  The new rules have resulted in may protests.

Particularly in Germany and Austria, government agencies are pushing for more stringent regulation of motorcycles.   Most limit the amount of noise a motorcycle can emit.  But even more concerning is the outright ban of motorcycles from certain European mountain passes and urban areas.  One piece of legislation singles out noisy motorcycles but allows noisy automobiles to roam the passes without restriction.

The regulations have led to some protests in German cities.  According to German news agency PDA, approximately 8,000 riders protested in Stuttgart, and about 5,000 protested in Friedrichshafen.  In Hamburg, 750 motorcyclists blocked a road according to broadcaster NDR.  Munich saw 6,000 bikes ride together along a major highway.  Overall, many German cities and towns saw motorcyclists gather to protest noise regulations. 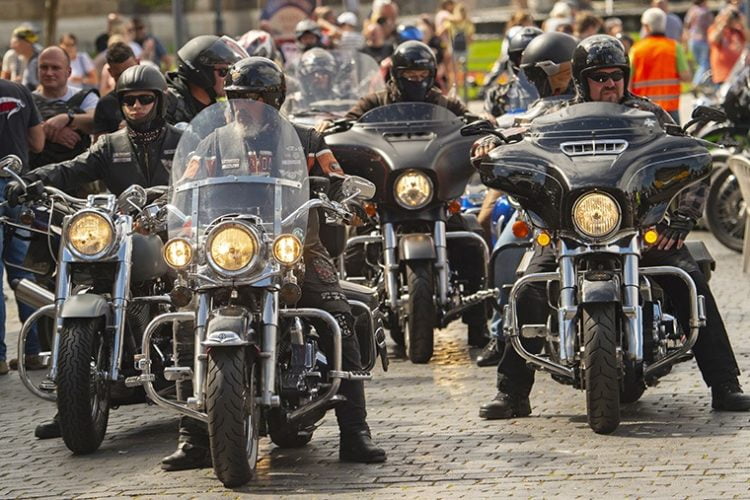 But some motorcycle advocates, including a transport policy spokesperson of the pro-business FDP party, says that such bans are not necessary.   German politician Oliver Lukisc had this to say about the bans:

“Instead of prosecuting a few black sheep in the motorcycle community, these tighter controls would put us all under suspicion.”

And standing with Lukisc is at least one federal Transport Minister, Andreas Scheuer.  He has already gone on record to say that he does not agree with the bans.

So what ultimately happens in Europe is still up for grabs.  But perceived and real moto noise is a huge issue.  It’s not just in Europe, but around the world.

What do you think of more stringent motorcycle noise regulations?  Do we need the government to set noise levels, or can we self police ourselves so that new laws are not necessary.  Let us know what you think in the comments below.