Harley-Davidson has already shown off some of its electric mobility options.  Bikes in this category include Harley’s new LiveWire electric machine.  But Harley still has a few more electric bikes up its sleeve.

One that we’ve seen a good amount of is Harley’s electrically powered dirt bike.  It got significant press during last year’s X-games.  As a result, the MoCo released several videos of the e-dirt bike in action.

Seen less was the company’s scooter concept.  A couple of brief videos showing a very rough concept machine in the flesh is pretty much all we’ve seen.   But a recent patent filing sheds new light on the Harley-Davidson scooter, and it looks far more finished than ever. 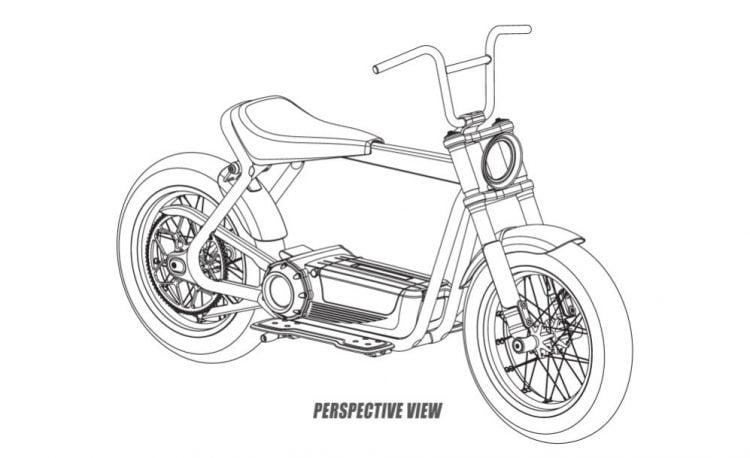 The HD electric scooter as shown in a European patent filing.

Thanks to several images from the filing, we have a much better idea of what the bike may look like when it finally makes it to production.  Comparing Harley’s patent filing to some of the few Harley concept images reveals the two are quite similar. 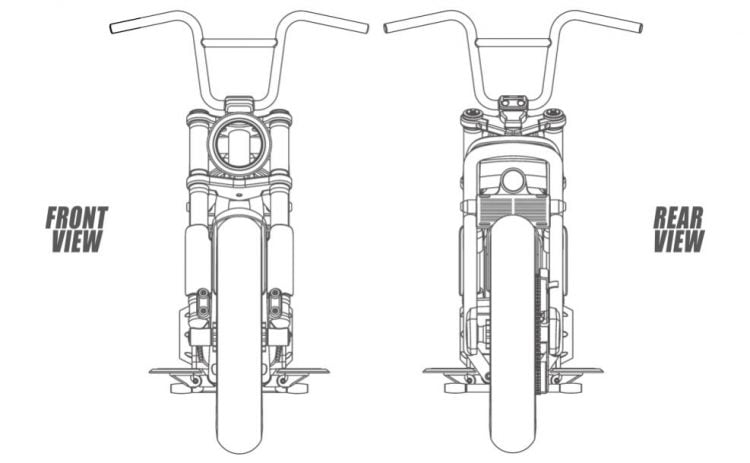 The front and rear of Harley’s electric scooter. Minimalistic but functional.

The patent images give clues to several interesting features, including a beefier looking upside-down front suspension, a license plate bracket, and additional details on the battery and motor.  Other features shown are the round halo headlight, a mini-bike like seat, and belt drive. 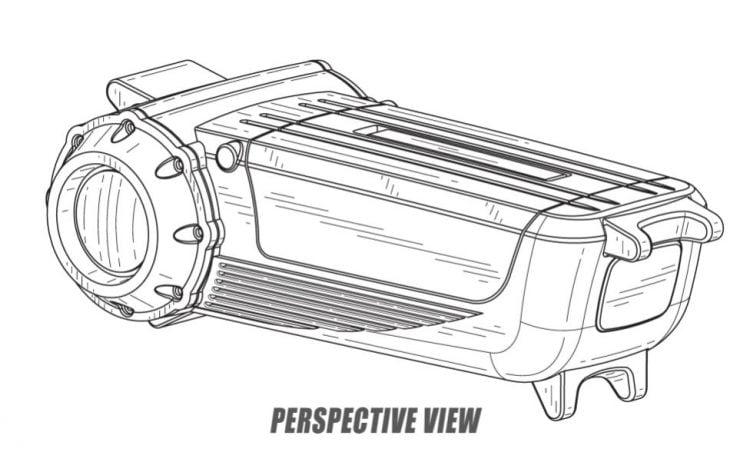 The motor and the battery pack. Note the handle at the top of the battery.

And, some of the bike’s features could be nice.  From the drawings, it looks like there is a handle on the top of the battery pack.  If that’s the case, it would be great for urban dwellers who want to carry the battery into their apartment for charging. 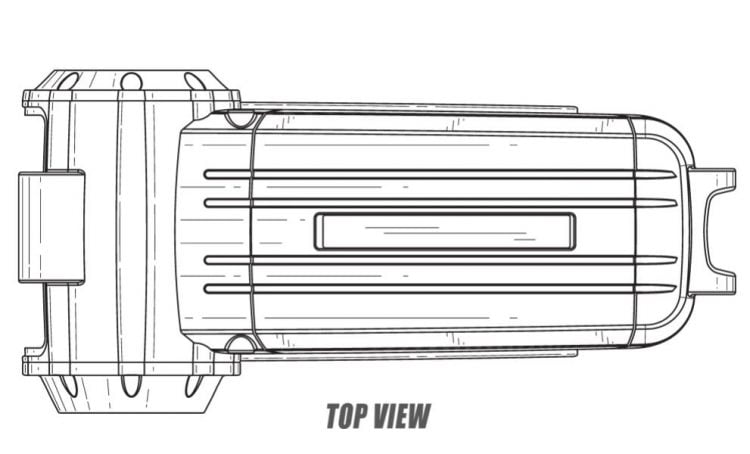 A better view of the handle to remove the battery for charging.

Unfortunately, Harley hasn’t said anything about the little scooter’s specs.  Some more info on anticipated range and charging would go a long way to driving buzz around the little machine.

We’ll likely not see the HD scooter make it to production until 2021 – 2022 according to this HD slide.

So it looks like HD’s electric mobility scooter design is reasonably close to configuration.  But according to a Harley presentation slide, it seems that the scooter is not due until 2021 – 2022.  Interesting times these.