The big desert races like Rally Dakar and the Africa Eco Race might be over, but the European rally season is just about to begin. The first large rally in Europe (March 2-7) is the Hispania Rally held in Granada, Spain. Curiously, Hispania boasts being “the only European rally held in the desert” thanks to its unique location in Granada’s stunning Gorafe Desert.

Because of this, Hispania is ideal both for rally beginners and vets: during the five days of racing with Dakar-style (pre-colored) roadbook navigation, riders will tackle sand, dry riverbeds, and rocky terrain. Daily mileage is said to be around 300km, give or take. And the best part is, there are several different categories available accommodating both pros and newbies, and you can race on just about any bike ranging from 125 to 1200cc.

To find out more about Hispania, I chatted with Domingo Aguilar, co-founder and organizer of the Hispania Rally celebrating its third edition this year. 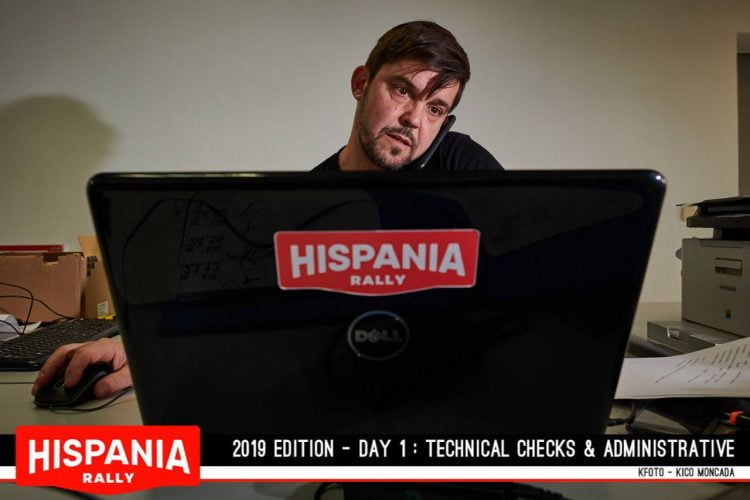 The 42-year old Spaniard confesses he’s been into enduro and rally racing since he was 16 years old. “I’ve always been fascinated with the rally world – so much so that I’d do anything to be near the rally races when I was a kid, even if it was just to hand out water bottles to the competitors. Later on, I’ve raced Tuareg, Merzouga, Baja Aragon, as well as rally championships in Spain, Morocco, Tunisia, and Portugal, and worked as part of one of the assistance teams in Rally Dakar 2010 in Argentina. Little by little, with the help of another rally fanatic Jairo Segarra and a dedicated team, we began putting rally races together ourselves, and that’s how Hispania Rally was born”, Domingo told me.

A pure passion project, this five-day race already has nearly 200 entries in the motorcycle category, and Domingo says he hopes to attract more women competitors this year, too. “We’re even offering a little discount for rally bike rentals for women – it would be cool to have a team of female racers at Hispania!”, he said. Needless to say, I’m in.

Pros vs Newbies: The Right Amount of Suffering

According to Domingo, Hispania aims to be challenging enough for pro riders but accommodating enough to rally newbies as well. “The key is to calculate just the right amount of suffering and mileage: the pro racers come to this type of events to train and test their bikes and equipment, so the terrain and the routes need to be challenging enough while the roadbook must be precise enough. At the same time, we have several amateur classes and we need to keep them interesting but doable for rally beginners. And finally, we’ve got a couple of Adventure classes where riders can experience a rally race without the pressure of timing and with GPS navigation instead of roadbook – this is simply to give people the opportunity to see what rally racing can be like, but without actual competition”, Domingo explained. 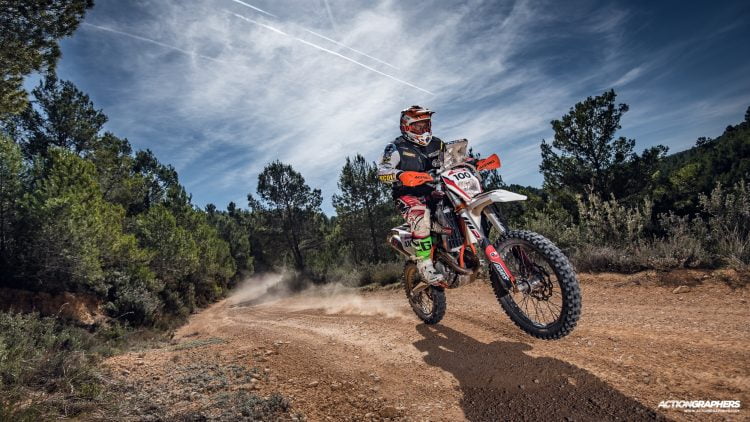 Whether you want to race in one of the rally classes or check out the Adventure Raid at Hispania, Domingo stresses the rally is professionally organized and has several safety measures in place. “All participants will have GPS trackers on the bikes, so we will be able to send help immediately if something happens. Hispania Rally typically has two regular ambulances, three 4×4 ambulances, one medical SSV, and a medical helicopter on standby. In addition, there are  sixteen track marshalls and several 4×4 track marshalls’ vehicles all along the rally route each day. We take competitor safety very seriously”, Domingo said. 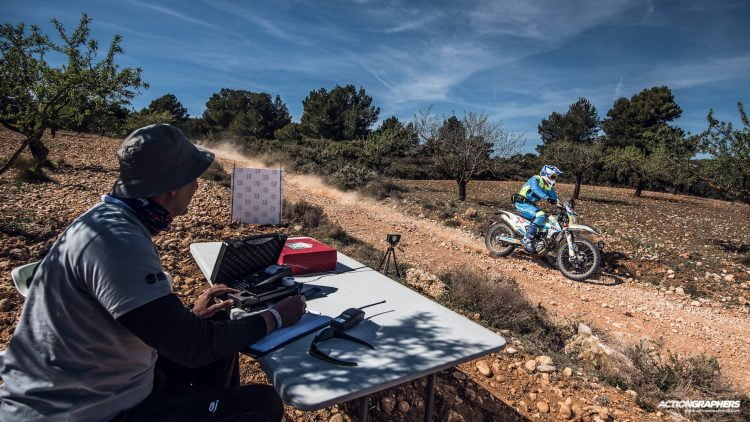 In addition to all the safety measures, the Hispania Rally is meant to be very forgiving to rookies and first-timers. Much like with Hellas Rally Raid, in several Hispania Rally amateur categories, competitors will not be disqualified if they don’t finish a stage – they’ll simply get a time penalty. In other words, if you burn your clutch in the sands of the Gorafe Desert but manage to fix it overnight, you can still start the next day albeit with lost time. 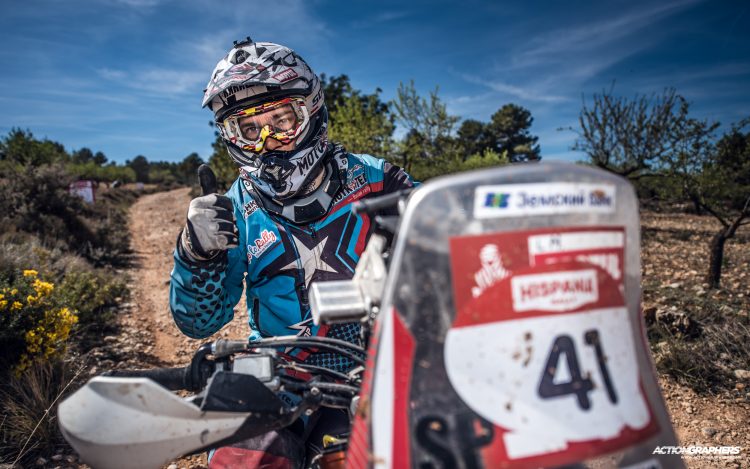 For European riders, the Hispania Rally logistics are fairly simple – all you need to do is fill out the entry form, get your bike to Spain, and race. For US, Canada, or Aussie riders, Domingo recommends renting a rally bike locally, the package typically including mechanical assistance. “Depending on the rally support team you choose, renting a rally bike (usually a KTM450) with mechanical assistance costs around 2,000 euros. For women, we’re offering a 1,800 euro price for rally bike rental, and we still have several bikes available. For American or Australian riders, flying in and renting a bike at the bivouac is probably the easiest option”, Domingo advises.

According to him, Hispania Rally is ideal if you want to get your toes wet in the rally racing world, or if you’re prepping for some of the bigger rallies. “If you’ve got your sights set on the Africa Eco Race, Merzouga, or Dakar, I would say Panafrica Rally is more suitable as it’s pure desert racing. However, Hispania Rally can be a good first experience if you’ve never done a rally before. In the end, it’s all about sharing the madness, expanding the rally racing community, and going on a crazy adventure together with other riders. For me as an organizer, most rally competitors, assitance teams, and supporters are like family. My heart is in my fist throughout the whole rally as I’m rooting and worrying about every single competitor – the only time I can finally breathe and relax is during the awards ceremony!”. 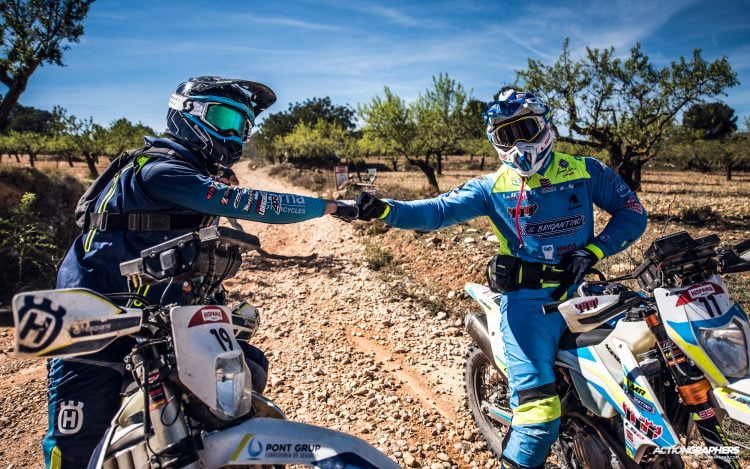