It’s been a whirlwind of announcements since BMW took the wraps off of their new S 1000 RR superbike at EICMA in early November.

First came the bike itself — a completely revamped machine they hope will be a game-changer the way the original S 1000 RR was back in 2010. It has an impressive list of improvements.

Right on the heels of that came the announcement that BMW would be stepping back into the racing arena. They plan to enter the S 1000 RR in WorldSBK next season. 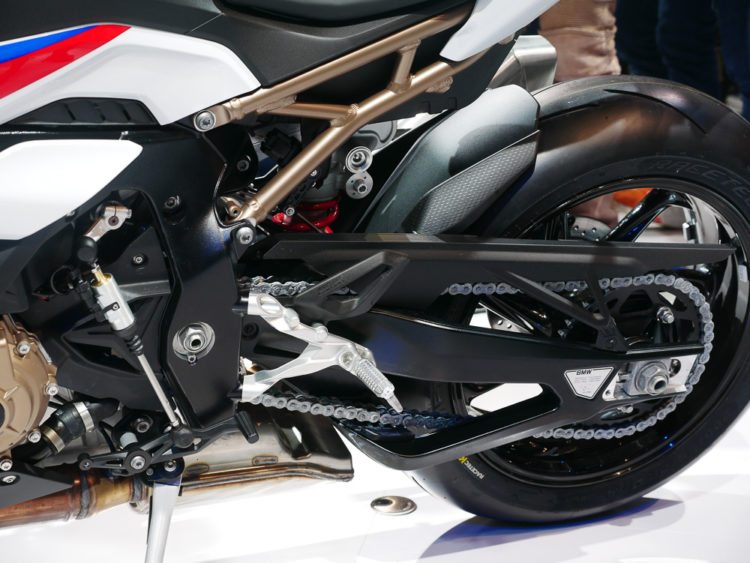 And now, halfway through December, the first WSBK-fitted machines have taken to the track for a two-day test in Almeria, Spain.

BMW Motorrad WorldSBK Team and riders Markus Reiterberger and Tom Sykes seem to be pleased with their bike’s maiden laps.

For the two riders, it wasn’t precisely the first time on the S 1000 RR. They ran laps on the superstock version at Miramas, in France, at the end of last month. That “test” was a chance for them to give feedback on ergonomics. 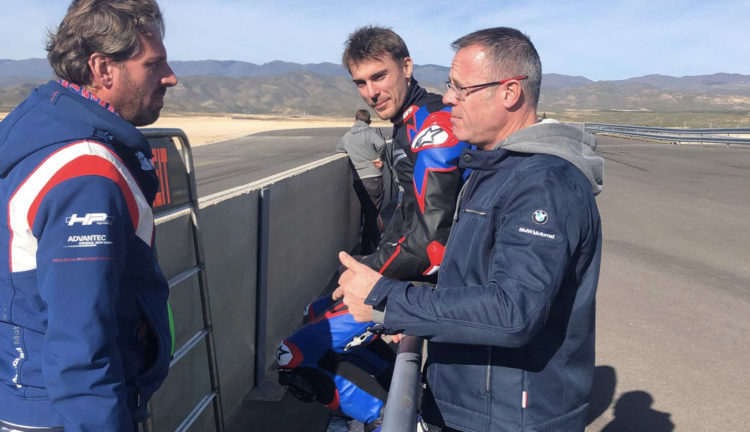 But they also brought the first batch of specialized race-ready components, including brakes and suspension. 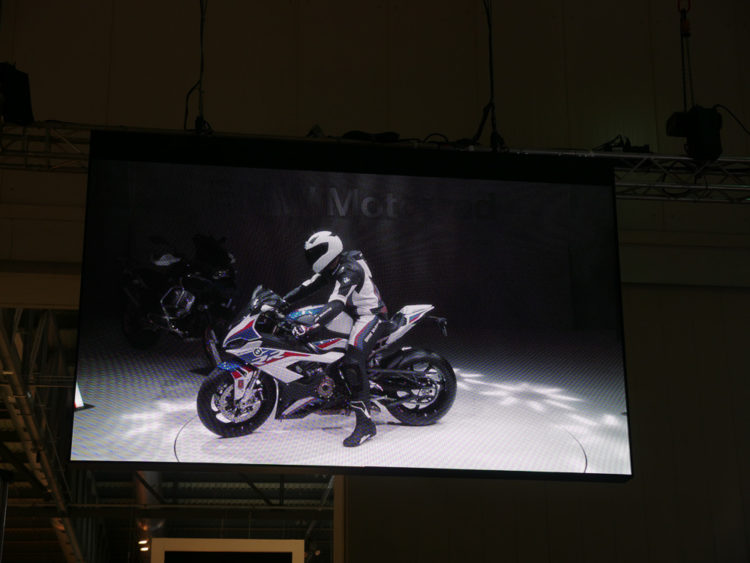 In a shakedown test like this, lap times aren’t the most important thing. The priority is just getting the racing machines through an entire test program. The S 1000 RR did just that, with no interruptions or breakdowns (that BMW was willing to acknowledge, at any rate) over the two days.

Everyone seemed happy with the way the sessions went.

“It was a very positive two-day test for me and I was really happy and quite impressed with the end result. It was the first time in that new environment, the whole team working with each other and the engineers from BMW Motorrad Motorsport. So it was a new experience for everybody and soon everybody was working together like a clockwork. So it seems that we are progressing very fast and I got a good feeling within the environment in the BMW Motorrad WorldSBK Team.”
–Tom Sykes, rider for BMW Motorrad WorldSBK Team

As Marc Bongers (BMW Motorrad Motorsport Director) said, the bike is still in its infancy. There is a lot of miles to go before lap times become important. And the next session is already planned, this time in Jerez, Spain.